City Defense is an exciting project from the SLOWMO studio. Take command of the police to detain the protesters. Don’t let the enemies pass through your cordons. Place machine gunners around the perimeter, police with batons and do not forget to block everything with special barriers. Over time, you will be able to upgrade your units and eventually put an entire tank or armored personnel carrier on the battlefield. Pass level after level, spending energy wisely on various upgrades. If you are into casual projects, you can also download Green’s Secret: Idle and Lifting Hero.

We recommend reading our review to find out all the details about City Defense. 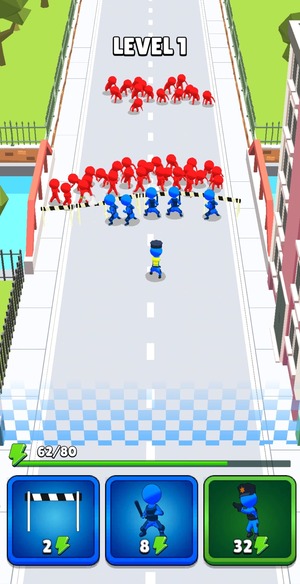 Get on the defensive

City Defense features one main task – to prevent the breakthrough of their barriers. There is a kind of finish line at each level, where in no case should the protesters break through. Otherwise, the level will be quickly lost. To achieve this goal, you need to close the street with barriers, as well as place officers.

Globally, there are three types of defense – these are barriers, police with clubs and armed formations. At each level, a crowd of people will move towards you, you need to destroy them all. First, stop them with a fence, and then finish them off with the police. Each policeman is summoned at the expense of the hero’s energy, it is not infinite. Similarly, the police officers are mortal.

Initially, City Defense offers an ordinary road tape at your disposal, which weakly delays demonstrators, as well as weak police officers. However, players can improve specs with money. Each level adds life energy to your units, as well as the power of defeat. If at the beginning of the game the man with the club was completely unequipped, then he will have at his disposal powerful equipment in the future that will protect him from the blows of the protesters.

This makes it possible to survive longer. Therefore, shooters at first have pistols, but in the future a machine gun will appear in your hands and you can shoot immediately in bursts. Well, the usual barrier as pumping is converted into a high fence. 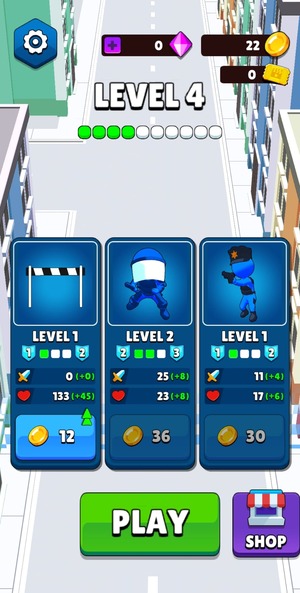 Think of the right tactics

As mentioned above, there are many levels in City Defense, and you will go through step by step. Each level has its own configuration and architecture. As a result, a lot depends on where exactly you place the police for protection. It is important to arrange them around the perimeter and not very crowded.

The ideal strategy would be to set up several lines of protective tape, which can delay the enemies for a while and behind it to place infantry and shooters. Don’t forget about energy. It is impossible to replenish the number of police constantly, so spend resources wisely.

We suggest you to download a mod for an unlimited amount of money. This can give you the ability to quickly upgrade units and make them very strong. 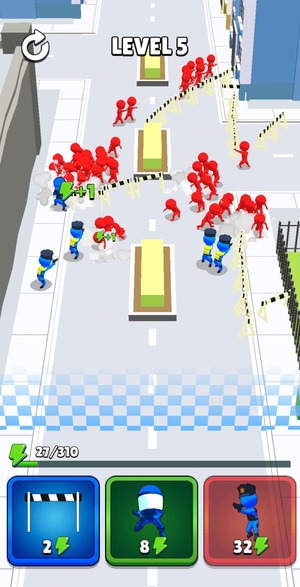 You must correctly design the deployment of your troops in order to cope with the crowd of enemies. It will be difficult to think through the whole concept. You have to carefully calibrate each step. Get a small starting capital, which gives you the opportunity to buy several units. Try to interact with the basic abilities of your wards and then it will be much easier to choose development tactics. If you do everything correctly and accurately, then destroying the enemies will become a little easier.

When you complete the levels, you will fight with the boss. It has stronger characteristics, but at the same time is slower. Receive dollars for the elimination of opponents. The more you kill, the better the reward. It is required to constantly acquire new soldiers in your army in order to strengthen its capabilities.

City Defense is an exciting game in which you have to defend a point with several units. Think over the right strategy and win.