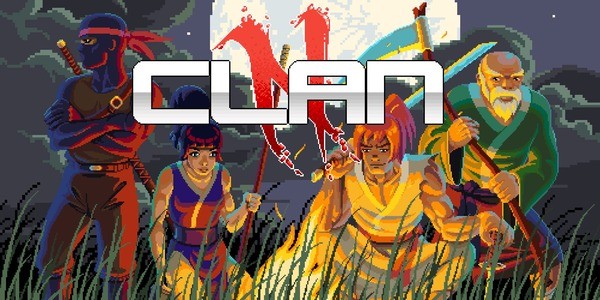 Pixel quests and arcades made a real sensation for many users: interesting, exciting and relaxed pastime. Moreover, main emphasis comes down not to graphics, which we can call quite simple, but on main plot of the game. Clan N is no exception. Its plot is set in an ancient world where peace and prosperity reign. It maintains an ideal balance between nature and its creation – humanity. Balance of the universe requires only three components: time, peace and knowledge. However, one sorcerer decides to bring the universe to imbalance by disrupting one of its components. Now, four brave samurai from Clan N has to win dangerous battle to restore peace in the world. We also advise users to download Just Survive and Mrs. RPG.

Clan N is the only creation from Creamative developers, but the game has become popular among fans of arcade action. The app has over 100 thousand downloads and its average rating in Play Makret is 4.1 points. Commentators point out inconvenient controls: lack of a joystick, as well as frequent crashes of the game.

At the very beginning of the game, players can get acquainted with the difficult fate of Clan N. Four samurai enter into a real battle with evil together, because they can defeat the evil sorcerer only by complementing each other. Akuji, an evil sorcerer, having learned about all the secrets of balance in the Universe, decides to gain untold power by violating it. Alas, the magician turned into a real monster, who was alien to compassion and love. However, fate of the universe fell on four brave samurai, who throw all their strength to eliminate evil. Now only they are able to give a continuation of life history in the Universe. Players will not only read special scrolls, but also watch interesting cut-scenes. 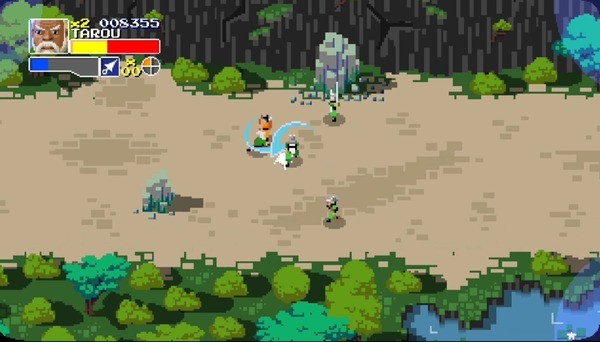 There are only seven levels in Clan N, but each of them represents a large-scale map, which is impossible for passing from the first time. After all, each of the characters has only two health bars, so the character can simply die after their expiration. However, there are multiple save points at each level, making games much easier. Moreover, you can invite his friend to play together.

Four samurai, completely different from each other, enter the fight against evil in Clan N. Each of them has its own history, but the only thing that binds the heroes is fate of the Universe. You will be able to take control over one of the characters. Akira is a tall and muscular samurai, always dressed in dark. He does not show his face, unlike his partner Daiki, a red-haired youth who is excellent with a sword.

The last man in the team is an elderly samurai, who has excellent wrestling skills, regardless of his age. Finally, Reina is a real fighter, whose main feature is skillful agility. Individually, each of the samurai does not pose a threat to the forces of evil, but together the Clan is able to defeat even the most powerful magicians. 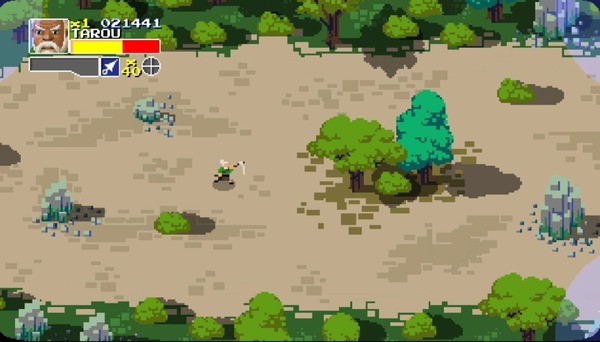 Clan N features familiar pixel graphics. Players can enjoy a truly high-quality picture. Each of the characters has own unique features, vivid image and weapons. During the game itself, the heroes appear as pixelated men, whose features can be quite difficult to distinguish. However, the game mainly focuses on the plot.

All actions of the characters have corresponding sounds: crackling fire, exclamations of guards and samurai. However, it is worth paying attention to the plot soundtrack: each level includes combat music, flute and drums. Such an approach allows concentrating on the fighting.

Main currency here is purple gems that you can use as cash with which you can buy improvements for your hero: speed, strength, endurance, special skill and recharge. Moreover, you can purchase health potions, shurikens and immortality totems. However, getting the gems is not so easy, which makes the gameplay process difficult and uninteresting. Therefore, we offer you to install Clan N with already built-in mod that provides you with opportunity to use unlimited money.

By first entering the game, developers will show you the real history of the Ancient World, presented in cut scenes. Be sure to learn about antics of the dark magician and universe state. Then the game will ask you to choose one of four powerful warriors, who will become the hero of the first level.

The character selection starts with a short tutorial. There is a joystick for controlling location of the character on the panel left and action panel on the right. There you can find acceleration, special moves, attack and defense. You won’t be able to pass the level the first time, because each of the seven levels is full of real traps and tricks.

Clan N is an interesting arcade action game in pixel art. Get ready to learn a really entertaining story about confrontation between good and evil. Moreover, you will be able to help the four samurai return balance to the universe and become a real warrior.