Clash of Empire is a global large-scale mobile network strategy game. It recreates a medieval magic battlefield through immersive war scenes and real-time strategy. Do you want to fight your friends on a global battlefield? Do you skillfully defend and attack? Are you able to fight not by numbers, but by skill? Can you make the empire fight with your wisdom or even become a king who conquered the entire world in one great battle? Join the game for more surprises! As a lord, you need to build your own empire, develop civilization, prepare army, destroy monsters, gather allies, conquer territories, defeat enemies from all over the world, seize the throne and fight for glory! If you are interested in strategies, then download also Rebel Inc and The Grand Mafia.

Find out the main features of the project from our overview.

In order to fight in Clash of Empire, you need a powerful army that has to consist of great heroes who you need to recruit. All types of heroes come off over time in taverns. Go to the global map to attack monsters and find separate groups of monsters, bandit settlements, bases of other gamers and mines with resources. Naturally, immediately making enemies in the face of other gamers is not worth it, so first, be sure to clear the area around your base from monsters. Place heroes on the battlefield and try to cope with flow of monsters that comes at you. If at least three beasts reach your base, you will lose.

Locations in Clash of Empire include into your castle map as well as kingdom map. You can find many buildings on the castle map, where you can create and train army. If you run out of resources, then you should build and improve new objects to create resources. In an extreme case, you can attack neighboring peasants and take all the provisions from them. However, it should be borne in mind that peasants may be subjects of another king. Therefore, enemy troops may descend upon you later. Therefore, you need to look whom you are attacking.

Fight players from all over the world

Among other things, Clash of Empire features battles with other players, which are the main feature of this project. Battles take place here in form of sieges of your castle or alternatively you need to besiege opponent’s base. You need to prepare your army for this. If you attack, then you should have more army, because attacking the castle walls is much more difficult than defending. In order to make it more interesting, developers have added various siege weapons, as well as ballistae.

Clash of Empire has many advantages that keep players coming back to the app repeatedly. It would seem that this is a commercial project focused on donation. Indeed, you can get free rewards in considerable quantities. However, developers took care of ordinary users as well. Get bonuses for a normal game on a daily basis and in considerable doses, so you can safely do without donation in the game. Just do not forget the daily tasks, enter the game every day and upgrade your level. If you miss a lot of time, then you have every chance of falling far behind in development.

Clash of Empire has typical graphics for strategy games. It cannot stand out against the background of the best projects, but overall it leaves a rather pleasant impression. Also worth noting is the pleasant soundtrack and warlike music that sounds especially during the battles.

As mentioned earlier, it is quite possible to play Clash of Empire comfortably without donation. However, you will not reach the highest positions in global ranking. For this, you can download our mod for unlimited amount of money, which can help you to upgrade your castle much faster.

We have checked Clash of Empire and can confirm the correct operation of unlimited money mod. However, you can get banned for using the mod! Therefore, use our solution at your own peril and risk! Otherwise, there are no risks for your gadget – installation file does not contain any viruses.

In addition to players of other alliances, you can also find mobs in Clash of Empire – various monsters and robbers. Start with small levels and work your way up. Your friends will help you defeat stronger enemies. Winning battles can bring you various bonuses that can help you upgrade the castle even faster.

Clash of Empire allows you to play the role of valiant leader, who took command not only of army, but also of province defense entrusted to him. You have to monitor many aspects of military activities. Each combat unit or fortification building has improvement options. Do not forget that your hero can take a direct part in the battle.

Huge number of abilities and passive bonuses – all this can give your army additional strength during battles. There was also a place here for valiant heroes who lead your army and take on the attack of invaders first. Battles here look very spectacular, one more time confirming the presence of quite good graphics and sound design. Feel like a real leader of the army.

Tower defense strategies never cease to delight their fans with new solutions and gameplay combinations. If you love projects like this, then you should enjoy Clash of Empire.

How to install Clash of Empire Mod?

Don’t forget to delete original Clash of Empire before installing our modified version to prevent errors during installation process. 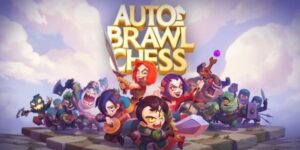 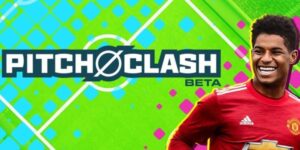