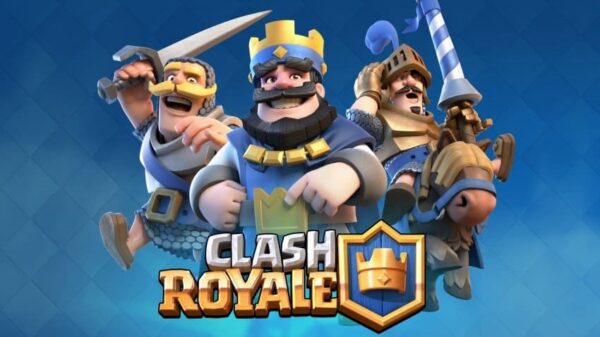 Clash Royale is a mobile strategy game from Supercell. As part of the gameplay, you have to manage the castle, as well as a squad of warriors in order to crush your opponent. Each unit, spell, skill or technique in this game is a card you must collect and improve in order to increase the characteristics of a certain hero. The characters available to the user have factions. Only you decide which tactics to adhere during confrontation. Framework of the project allows you to concentrate on online battles or immerse yourself in a confrontation with computer opponents. You have to think a lot about each round in both cases, since the opponents in the game are strong.

Clash Royale is one of the most famous games in its genre. Learn more about the main features of this wonderful project.

Participate in a variety of exciting modes

You can play Clash Royale in solo mode as well as in 2v2 battles. While playing solo, you need to defeat the main tower of the opponent using your units, fighting one on one. Two-by-two mode features four towers and each player can control his deck independently. We should also mention the opportunity to share emotions with other players after the match. It can be a funny face of the king, crying or laughing triumphantly, or a phrase. This attention to detail adds excitement and delight to the user at the same time.

Both characters and special spells, abilities, skills of heroes in Clash Royale are ordinary collectible cards. You can build a deck of them, and then try your hand against a coach or a real player. At the same time, you get cards from the deck in a random way, which adds interest to the gameplay. You can improve each creature, spell or technique by collecting a certain number of specific cards. This, like opening the chests, takes time. Spend gold on improving cards, as well as buying the simplest chests. All characters, spells and techniques are subject to rarity gradation.

Build the strongest deck to smash your enemy

From the received cards in Clash Royale, you need to build a deck. It is not necessary to collect the entire collection of cards in order to become an effective duelist within the game. You just need to find your own fighting style, and then try to get only the necessary parts of your deck. There are exactly eight cards in the deck, each of which corresponds to a certain creature. You can see the characteristics of the fighters in cards description.

At the time of your turn, only four of the eight cards are available to you – after discarding one of them, another one comes to replace it. You get cards randomly, which also adds a little extra variety to the process.

Your main goal in Clash Royale is to destroy the opponent’s main tower using only your deck, reaction and ingenuity. Receive chests of various rarities after each match won. Ordinary chests have fewer cards and less gold, while epic or legendary chests have the rarest cards that can greatly enhance your deck. The card drops out randomly. Each chest has its own level. The higher it is, the more powerful cards fall out of it. In addition, the higher the arena level, the correspondingly cooler the chest. Move up the cups and collect all the cards!

Fight with friends or other players online

Online mode has the greatest replayability. It’s on the highest level in Clash Royale. The game itself has become so popular largely thanks to the online mode and the clan system. Unite with friends in a separate clan in order to take part in championships and clashes of individual alliances. Build your team of champions and defeat all the enemies or challenge a friend to see which of you plays the best and who has the coolest deck.

Clash Royale features modern 3D graphics with meticulously crafted, beautiful models and excellent detail. The project offers the user a picture with their own specific stylistics in character design. In addition, the game is rich in its own sound effects – each unit and each spell has its own peculiarity.

Clash Royale is free to play but comes with a lot of in-app purchases. We suggest you use a modified version of the game, where you can get access to a special private server with multiplayer mode, unlimited number of gems and coins, as well as with all the new maps unlocked. In addition, you will surely appreciate the generous loot from the chests, where you can pick epic cards. In general, you have almost unlimited opportunities for creativity.

We have tested Clash Royale on our android devices. Based on the results, we can confirm that the mod works without failures and it is safe. Just download the modified version of the game and enjoy the fun experience on a private server.

The gameplay consists of top-down arena battles that open as the game progresses. You can collect several decks for different tactics. At one point in time, there are only 4 cards at hand, and there are eight of them in the deck. These 4 cards are selected at random. Thus, the player never knows exactly when this or that character from the deck can become available.

Each player has three towers on the map. One is the main one – it stands a little further away and has more lives – and two minor ones protecting the main one. The player has a point displayed in the form of a crown for the destruction of each tower. If you destroy the main tower, the other two will break automatically. The battlefields have two parts, you can get to the enemy half along one of two paths – big battles unfold on these bridges. In short, the gameplay is very addictive.

Managing cards and decks is important element in Clash Royale, which takes a lot of the player’s time. It is worth taking the time to think about which characters to improve, which abilities to update and what to add to a deck. General statistics are available in the game menu – top of the best players in the world. In addition, there is Royale TV – the ability to watch duels of other users. This helps to gain experience and build tactics for battles.

Clash Royale is an excellent strategy that doesn’t require a lot of free time from the gamer, despite the fact that it is multiplayer. Dynamic battles with excellent graphics, animation and beautiful effects allow you to get real pleasure from the battle process. We also recommend you iconic Clash of Clans, as well as Coin Master.

How to install Clash Royale Mod?

Don’t forget to delete the original version of Clash Royale before installing our modified version to prevent errors during installation process.