Haven’t played online shooters for a long time? Welcome to Combat Master Online FPS – the first action game with next generation graphics. Create your fighter and go to fight the enemy in a matter of seconds! Thanks to excellent optimization by the developers from Alfa Bravo Inc, the loading time of maps has decreased several times. Before you can press the Play button, you will already plunge into the abyss of hostilities. The game is distinguished not only by a unique combat system, but also by fair rules. All fighters are equal. No donations, loot boxes or paid upgrades. Focus only on your abilities and atop the leaderboard. For fans of furious action games, we can also offer Horror Brawl and Ninja Chowdown.

With nearly a million downloads in one month since the game’s release, Combat Master Online FPS has become one of the most popular games of late, alongside the legendary PUBG. Let’s take a look at the main aspects of the game’s success.

Apparently, the game is still under development, because there is only one command mode at this point in time. As a part of six players, you have to fight with the opposing team for the title of the winner. Just get more kills than your opponent does in the allotted period. Now battles last 3 minutes and this is enough to shoot 30-40 frags. Perhaps all this is possible thanks to small maps, where you can meet an enemy at every step. Even in the respawn place. 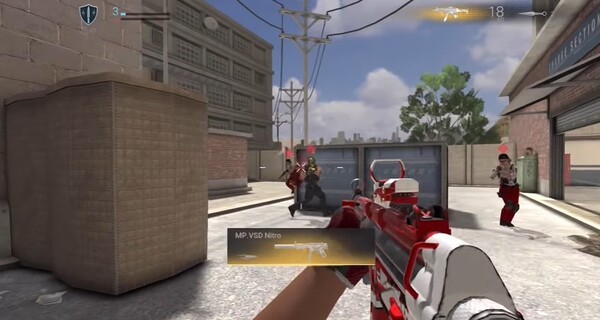 Immediately after launching Combat Master Online FPS, any user can get a free set of fighter and equip it at their discretion. Now the weapons store is crammed with dozens of types of small arms. Use knives, shoot pistols, or get in a comfortable position and spray your enemy with lead from a sniper rifle. It all depends only on the type of combat you prefer. The weapon customization mode is currently at the testing stage. Apparently, after its introduction, it is possible to modify and adjust any weapon at its discretion. How the developers will cope with this task without introducing a donation is unknown.

Convenient control with the possibility of customization

The combat system during the game is made at the highest level. In addition to the classic character movement, you can also jump and crouch. The parkour system also deserves special attention. Use the buttons presented above to carry out lightning-fast maneuvers, moving around the map with the speed of the wind. In fact, the character cannot move at the same speed – the further you run, the faster the movement is. Depending on the speed of movement, there may be higher jumps or sliding on the floor.

Another feature of Combat Master Online FPS is the ability to customize the location of control buttons. It is worth noting that the presented combination of buttons on the screen is not very convenient, since the fire button is located in a rather inconvenient place. However, you can easily correct this nuance in the settings by adjusting the location of all functions as you see fit. 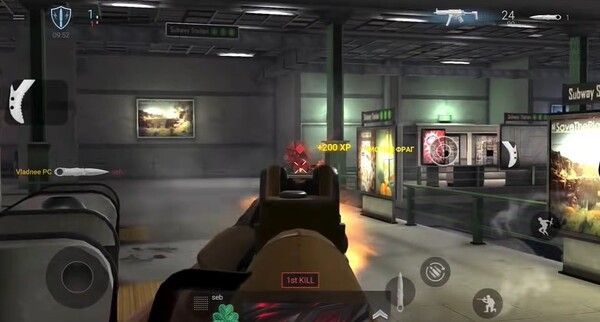 The description on Google Play does not cheat – Combat Master Online FPS has great optimization. Lightweight and high detail of the surrounding world can safely declare the game as a good clone of PUBG. Depending on the type of device, players can choose several options for graphics settings and adjust individual parameters as they wish. The sound in the game is minimal. No distracting music, just the sounds of battle. Firefights, explosions, war cries – all this awaits you in the game.

Despite the bold statements of the developers about absolute equality between fighters during battles, players still notice the so-called cheaters. If you are not satisfied with this inequality, then we can suggest you download Combat Master Online FPS Mod APK. The game will be equipped with a built-in menu. You will be able to configure several parameters at once for themselves. For example, jump higher, run faster and make your character the tallest on the map. In addition, your attention will be available to the classic menu mod, where you can select god mode, unlimited ammo, no recoil, overkill and much more. 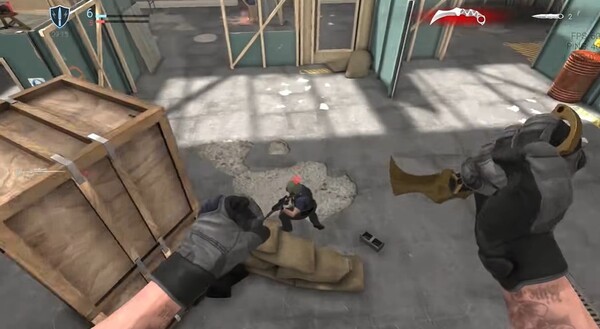 It seems that the developers from Alfa Bravo Inc have worked on the mistakes of their colleagues from other more famous companies. They tried to remove all the shortcomings of modern shooters, maintaining balance in battles and ensuring equality of players in all game modes. Combat Master Online FPS does not support paid features, does not impose ads, but is simply gaining a fan base for now. Most likely, the creators of the project will add paid functions eventually, which once again can destroy a great project. True, there is still no point in expecting something else in the era of capitalism. In any case, you will have our mod at hand, which you can use if you wish.