Most action projects allow players to enjoy epic battles using typical weapons: pistols, machine guns, rifles and knives. But the project in question invites users to familiarize themselves with the archery technique that will help you go through dungeons and fight dangerous heroes. Combat Quest Archer Action RPG from developer ChillGaming opens up a real magical world where the main character has to fight a variety of monsters. The main character becomes a real defender of the world of magic, performing many feats and going through exhausting trials. After all, the main goal of the player is to free the island from the influence of angry monsters. Don’t forget to also download Smash Kingdom: Slingshot Action Defense and FINAL FANTASY VII THE FIRST SOLDIER.

Combat Quest tells about the difficult fate of the protagonist, who arrived on the island for treasure and glory. However, it turned out that the island, not so long ago, was the strongest magical place, teeming with monsters. The main character has to get rid of them, gaining fame, new friends and priceless treasures. The app has over a thousand downloads and its average rating in the Play Store is 4.3 points.

Combat Quest is a top-down combat process. It is enough for the user to control the main characters by changing their location on the field. Each room is teeming with monsters that can attack, poison, or set traps. Therefore, it is important for the user to overcome all obstacles, while maintaining the character’s health scale. 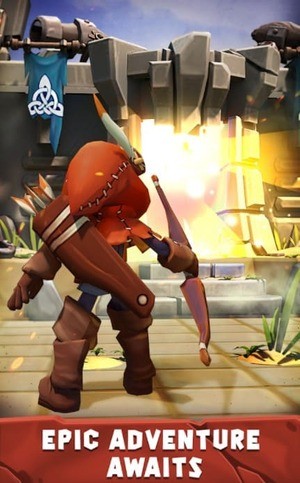 After passing a certain number of rooms, the player has the opportunity to choose a special skill for his hero. This can be an increase in health, strength, or a choice of weapons. It is also possible to apply effects to arrows or monsters.

A new kind of monsters await you in each room. As a rule, the further the room, the stronger the enemy. Each monster has its own ability: someone deals magic damage, while other prefers to attack physically. Moreover, the player can study each monster in advance in order to know exactly how its shells fly. From some monsters, projectiles fly to the player that heal the health scale. In addition, a strong boss awaits in about every fifteenth room, which is not so easy to defeat. 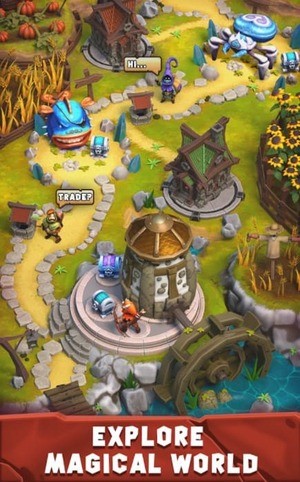 Combat Quest has simple yet vibrant graphics. Indeed, you be able to attack a variety of monsters and bypass unique obstacles. After passing a certain number of rooms, the locations change. As a soundtrack, the player can hear an unobtrusive melody that fits the project theme. Moreover, all actions of the battle are voiced.

The passage of Combat Quest is almost endless, because each new room allows you to enter the next, which is also teeming with monsters. However, frequent losses force the player to re-go through all the studied rooms, which most often spoils the gameplay. To play as comfortable as possible, we suggest you download the application with a mod for unlimited amount of money. It can save you from most of the problems and make the passage even more fun and varied.

By launching Combat Quest, the user enters the story mode, from where he learns what difficult path the main character overcame to get to the magical island. Further, a whole path opens before the player, full of danger and unexpected discoveries. The narration is from a top view, which makes it stand out from other action projects. The main character must defeat the angry monsters using his skills as an archer. Players can improve them by going through a certain number of rooms. Skills are available to players in almost unlimited quantities. The adventure ends the moment the archer’s health school is completely empty. 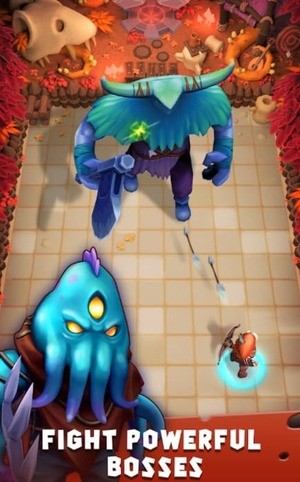 The controls in the game are quite simple: you need to move the joystick on the left side of the screen to move in the dungeon, as well as to dodge monsters. The main character automatically attacks opponents in an immobilized position, but the player can customize the battle process in detail, acquiring unique skills.

Combat Quest offers players to take on the role of a traveler who helps to expel monsters and a magical island. The player needs to go through a dangerous path on which he will meet a variety of monsters and characters. Don’t forget important choices on which your journey through the dungeon depends.