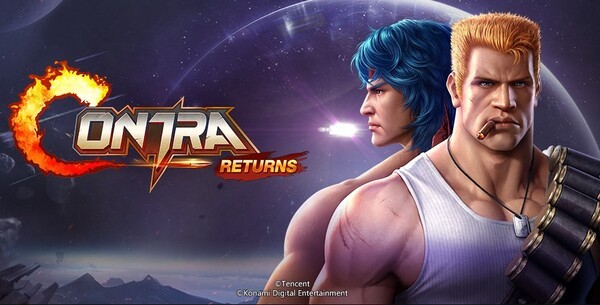 Contra Returns is a Shoot ’em up game in which players move from left to right, destroying enemies and collecting bonuses. According to the developers, the project aims to bring the classic Contra experience to mobile platforms. The game offers many heroes and weapons to level up, improved graphics with 3D models, and a soundtrack from the original series. Grab your weapons and take part in numerous game modes: Team Mode, “Arena and Story Mode. Fight against players from all over the world in multiplayer mode. To all fans of shooters, we can also recommend Final Fantasy VII: The First Soldier and World War 2: Battle Combat.

The developers of Contra Returns have made every effort to endow the game with new graphics and diversify the gameplay as much as possible. Get access to customizable weapons and new characters. Keep reading on.

Classic gameplay in a new shell

We all remember the classic Contra, which came out back in the 90s. All you had to do then is to move around the location and shoot enemies out of various weapons. At the end of each level, a boss with some kind of superpower was waiting for the players. For winning a level, players received special prizes and money on improving heroes and weapons. This was the case 30 years ago. What is most interesting, it remains so now. The gameplay has undergone minimal changes to please the fans of the series and you should still do the same. The only caveat is that the graphics have become better, the gameplay is more fun, and the customization options have generally reached a new level. 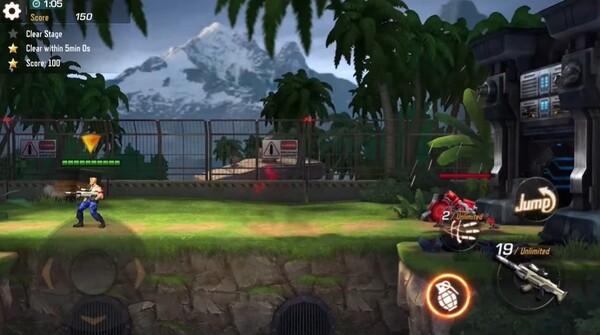 In addition to the classic campaign, where you have to uncover a secret conspiracy with the help of a secret squad of super agents, Contra Returns offers new opportunities for players.

In addition, the game contains Battle Modes, where you can play both alone and in 3vs3 mode. Another innovation is the addition of a qualifying mode called Ranked Match, where you can increase your level and rank in the game. It is worth noting that One-life Mode and Classic Campaign open first. All other modes become available as your game level grows.

Various weapons and the possibility of upgrading

Any rifle or machine gun in Contra Returns has several upgrade options. First, this concerns firepower. The faster you can improve this indicator, the more damage you can inflict on enemies. Another important parameter is the shot range. At the first levels of the game, the characters shoot relatively close, which is why you have to climb under enemy fire. Each level passed or battle won allows you to earn improvements for different types of weapons. You can also buy these boosters in the in-game store. 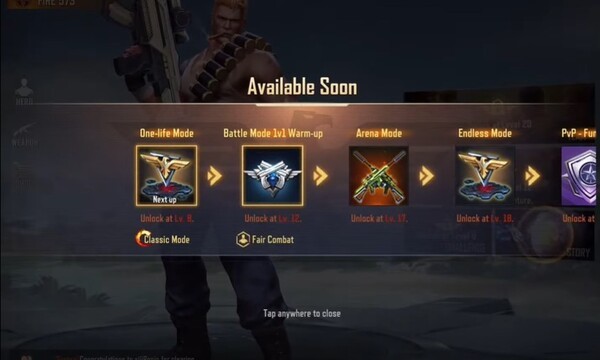 The graphical component of Contra Returns has definitely undergone many changes for the better. The game world has become more detailed and traced. Heroes and their enemies have their own signature style, not to mention numerous special effects in the form of explosions and a variety of techniques. The soundtrack deserves special attention, which includes not only classical music themes, but also several new equally perky tracks.

Despite the seeming ease of the initial levels in Contra Returns, after a couple of hours of playing time you will have to reckon with every enemy and more and more dodge against indestructible bosses. The developers provide players with everything they need from the very first entry into the game: various bonuses, game events and much more. However, even the most seasoned gamers cannot cope without consistent weapon upgrades that cost a lot of money.

We bring to your attention a mod for Contra Returns that adds a special menu to the game with a set of features:

1) Possibility to increase Damage and Defense indicator. Use the slider to set the required level of damage and protection for your hero and become almost invincible.

2) Complete lack of advertising in the game.

3) Unlimited supply of ammo for any weapon.

4) No skill cooldown. Now you no longer need to wait to throw a grenade or use your hero’s super ability.

It is worth noting that all functions in the game can be turned on and off absolutely at any time.

Despite the banal gameplay, Contra Returns has a storyline company that tells about the invasion of alien creatures and the subsequent protection of the Earth by the forces of a special military squad. In fact, the plot videos are of no value, so we recommend that you skip them and immediately immerse yourself in the gameplay process. 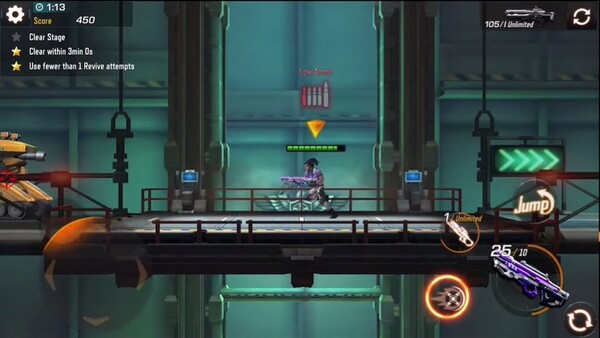 First mission contains numerous tips that will help you understand the basic controls of the game character. In general, it should not cause any problems from the first level. Then it is necessary to complete a short tutorial in the main menu, which will familiarize the player with the choice of weapons and characters, as well as the possibilities of subsequent improvements.

Additional Contra Returns modes become available only after reaching a certain level in the game. It is worth noting that you can accelerate growth of the gaming experience by taking an active part in the passage of the main campaign. Do not forget to visit the game every day, as the developers promise to give special gifts for this.

Spend the money earned not only on weapons, but also on the purchase of special sets, which include new heroes, skins and rare assault rifles.

Contra Returns is a great option for all retro game lovers. Choose the most suitable hero for you, upgrade your favorite weapon and shoot hordes of enemies in a wide variety of game modes. If you get tired of playing alone, you can always call a friend for help or test your skills in multiplayer mode against real players from your world. The legendary Contra has changed beyond recognition, so we definitely recommend this project to all fans of the series and connoisseurs of the genre.