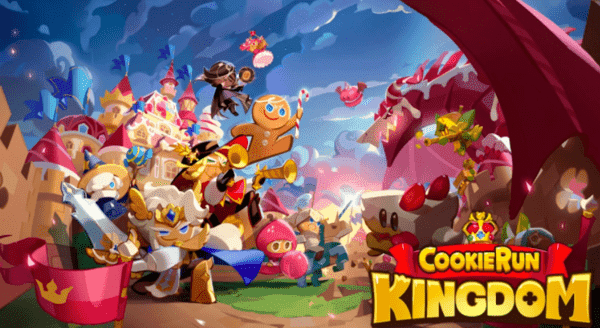 Cookie Run: Kingdom is an arcade action game released by Devsisters in 2020. The app began to enjoy success six months after its release, and now kingdom of cookies has more than 1 million Play Store citizens, while app’s rating does not fall below 4.5 points. Residents-cookies have to rebuild destroyed kingdom after a fierce sugar battle, as well as defend reclaimed kingdom from nosy dessert monsters who do not give up in an attempt to attack ginger enemies.

This is not the first game in Devsisters Corporation series. Cookie Run: OvenBreak was one of the first games in gingerbread saga. Overall, series have many fans who are following the digital life of Cookie Friends.

Cookie Run: Kingdom meets gamers with its interesting story shown in high-quality and exciting cut-scenes. Learns the past of gingerbread kingdom and about six brave warrior cookies who bravely fought against an evil witch. Your protagonist has to help in kingdom restoration after acts of evil witch and protect inhabitants of his motherland. Dividing the plot into two main objectives ideally helps the player maintain a balance between epic battles and interesting rebuilding of kingdom’s territory. Moreover, the game has over 200 exciting levels. 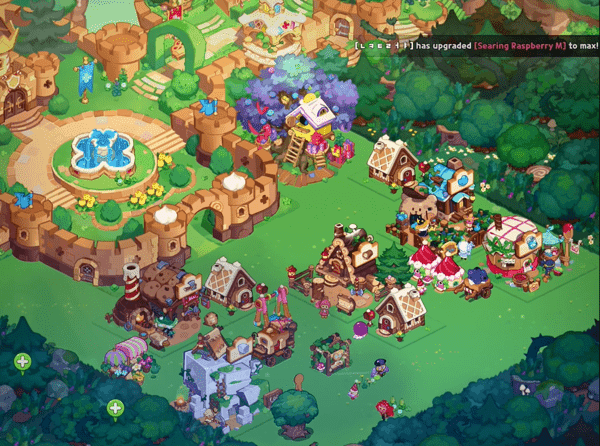 Inhabitants of the gingerbread kingdom are very cute. Each cookie man in Cookie Run: Kingdom has a unique appearance with big eyes and bright image. The main character of the game is Gingerbread Man surrounded by sugar friends who help him in battles. Each friend of the main character has individual external features that cannot but cause admiration.

Destroyed kingdom requires urgent restoration. It includes clearing the forest and building new houses in the kingdom. This requires resources that little man needs to find and get. For each completed task, whether it be protecting the surroundings or restoring the city, player receives rewards. Moreover, every participant in Cookie Run: Kingdom receives a daily reward in form of coins, experience points and rare resources.

Pleasant classical music complemented by a frisky violin sounds in game background. Melody is unobtrusive and even pleasant. However, the player still has to hear many different melodies with participation of all kinds of musical instruments throughout all the cut-scenes. Clicking on any of buttons causes a corresponding gurgling sound. Graphic design of Cookie Run: Kingdom is striking in its clarity, while cartoonishness adds variety to the game style making it amazing. Picture is pleasing to the eye and each detailed character draws attention to itself. 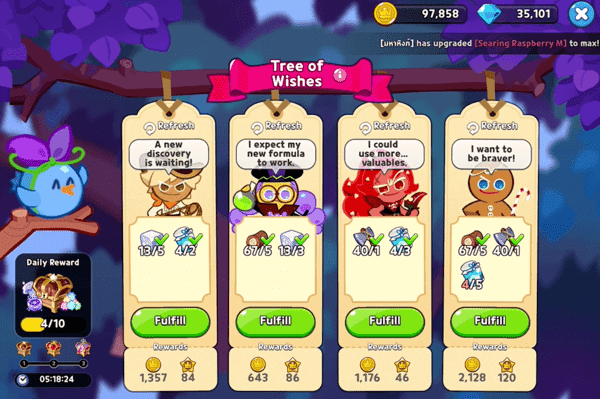 Passing one level after another, players often face with problem of defensive power lack and weak blows of even the most upgraded heroes. However, you can easily solve this problem by downloading our mod that allows using damage and defense multiple increases in special menu. Use it to quickly complete all the levels and make the gameplay process of Cookie Run: Kingdom more interesting.

Our team has carefully tested above-mentioned mod that increases several key options in Cookie Run: Kingdom. We confirm that modified version functions well. All you need to do is to launch the game and open special menu by tapping on the round button. There you can set desired level of damage to opponents and your own defense. It is also possible to turn off declared functions at any moment of the game. Therefore, you can enable the desired features only in case of facing with difficulties in gameplay process. We can also confirm that installation game file is safe for your Android device, as several antivirus apps guaranteed it.

After entering Cookie Run: Kingdom, you need to indicate your age, after which you need to proceed with registration, where you can use a Google account or link the game to Facebook. Arcade is full of thrilling cut scenes detailing the story of great cookie kingdom, which has plunged into darkness because of evil witch and her dark servants. Play the role of a little gingerbread man with a candy staff, who begins his journey to restore the kingdom and battles with dessert monsters. 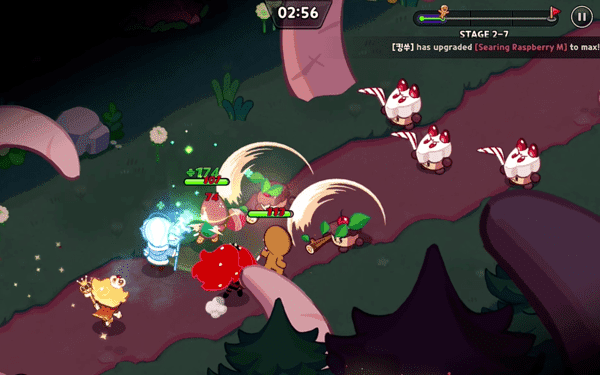 Firstly, you need to get used to urban area and find new friends who can help you in a difficult battle with sweet opponents. Interesting moments in gingerbread state history make the game more interesting and exciting. Plot consists of two goals at once, which the player has to achieve throughout all 200+ levels, each of which becomes more and more difficult.

Cookie Run: Kingdom is another great app by Devsisters Corporation. Recently released, the game has already gained popularity. Due to some technical problems, project cannot gain the highest score. However, in-game plot makes it much more interesting, epic and exciting.