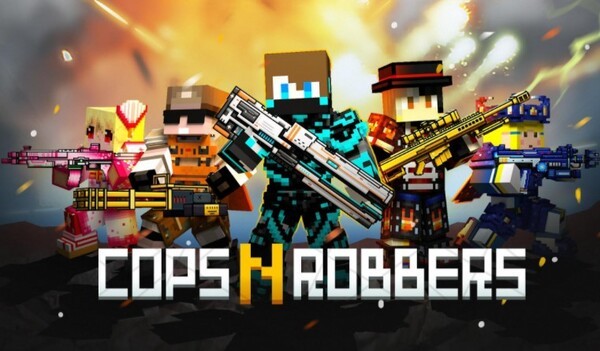 Cops N Robbers is a pixel-based multiplayer action game with colorful battles and an exciting customization system. It may seem strange to many that the title contains both cops and robbers, because the game is not about that. In fact, you find a classic confrontation between special services and terrorists on huge maps with tons of different weapons. Create your own character, upgrade weapons and go into the thick of battles, controlling your fighter with a couple of buttons. Use the auto-fire mode, explore the weaknesses of each battlefield, and be sure to try the single player campaign. For all fans of mobile shooters, we can also offer Squad Alpha and Sky Gamblers: Infinite Jets.

Despite the seeming simplicity and frivolity, Cops N Robbers was able to attract more than 10 million users. About 250 thousand users have rated the application, making a collective rating of 4.3 points.

The adventure begins with a single player campaign

The only difference between single player and multiplayer is the presence of bots on the maps. Creators offer to get acquainted with the plot in the text version, but we are more than sure that no one is interested in this. Each level starts at one point on the map with the only requirement – to get to the finish point of the level, killing dozens of enemies. Main distinguishing feature of the campaign mode is the ability to purchase first-aid kits or cartridges at any time. Online battles cannot boast of such rules. In addition, each level passed brings certain prizes, which can play into the hands of saving funds to buy new weapons or armor. 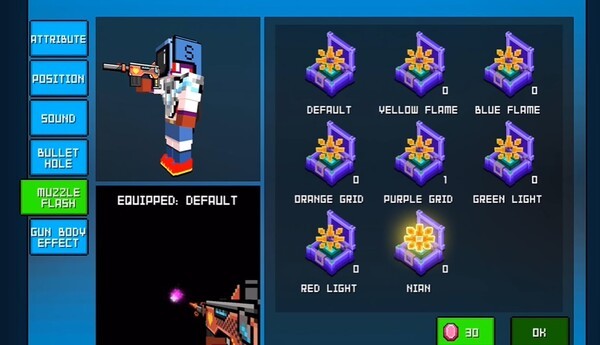 The main highlight of Cops N Robbers is the ability to fight not against artificial intelligence, but real players from all over the world. All battles take place in a 5v5 format, but there are exceptions in the form of classic matches, where everyone is himself. In total, the game features 6 game modes, including Deathmatch, Point Capture, and much more. The only thing is that all these modes are called differently here and are slightly different from the classic look. What else favorably distinguishes the project from competitors is the presence of a text chat, in which not only emoticons are available, but also the ability to write full-fledged messages. Coordinate your team, point out defensive weaknesses, and just make new friends.

Add to friends and play together

Continuing the topic of chatting while playing, we would also like to say that the game provides for a completely social system. In other words, after the match, you can invite any player you like to be friends, speak in chats and invite him to play together. Unfortunately, Cops N Robbers does not provide sound chat, but you can always call a friend using any messenger after exchanging contacts in the chat.

Over 50 types of weapons

The developers of the project clearly did not stint on the weapons design, making all pistols and machine guns as versatile as possible. What’s more, they have also added a customization system directly to Cops N Robbers. When you reach a certain level, you will be able to create weapons yourself. Combine different elements, experiment with characteristics and try development in practice at the proving ground. By the way, you can always put your creation on public display so that other players can also use your weapon in battles. If there is no time to do this, then do not be too lazy to look into the standard arsenal, there you can also find many interesting things. 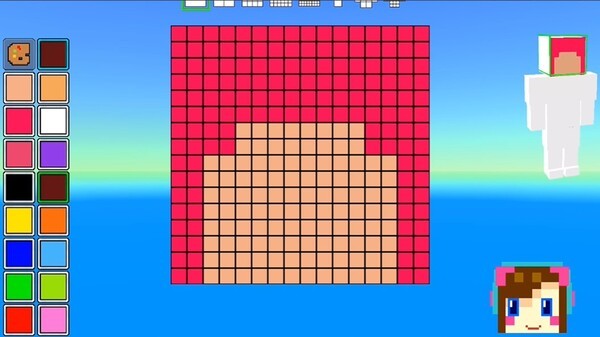 Pick a skin to your liking

The system of skins in the game is similar to the system of weapons, which we talked about earlier. Technically, you hardly need to bother with creating your own look, with Cops N Robbers offering a wide range. The only downside is that not all skins are available right from the start. Moreover, many options cost quite a lot, and between the appearance and the power of the weapon, it will be more correct to choose the latter. At any time, you can open the customization menu and create something for yourself. Start with the shape of the skin and dive into the creative process by experimenting with the color palette. Become the unique character in the Cops N Robbers universe.

Armor as the key to success in battle

Another important element for a comfortable game is armor. Just a beautiful skin and powerful weapons will not be able to provide you with the required level of protection. All characters in the game are rectangular, so hitting the enemy is not a problem here. That is why the quality of armor plays an important role in any battle. At the first levels, players run around the map without additional means of protection, compensating this by the weak power of the available weapons. However, it will be hard after a few levels without armor. Again, there is the option of using the proposed models, or creating your own using the built-in editor. The main thing is to have a lot of money and a high level of experience in order to involve as many details as possible.

Most of the battles take place on predetermined maps. Developers create them, not forgetting to add new ones and fix bugs in old ones. However, Cops N Robbers values ​​their audience so much that they allow to use map editor as intended. Not all players will be able to see your work, but it is not difficult to plunge into the world of Minecraft for a while. Create your own polygons, add levels with a solo company, and just have a good time creating something of value for you. 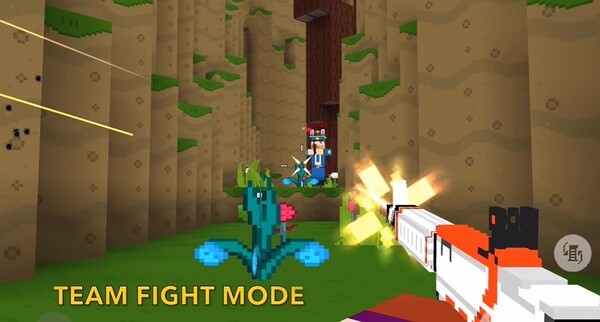 As you may have noticed, some part of the game is devoted directly to various elements of customization in order to provide more uniqueness to each player. However, it is worth highlighting the main nuance – any improvement, implementation or crafting costs money. In-game currency is mined in battles, but its amount is not always enough to buy the desired items. Our team invites you to download Cops N Robbers Mod APK, which provides you with unlimited money that will undoubtedly be enough for all your needs.