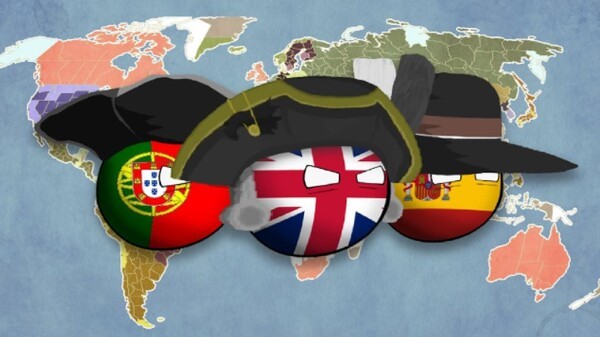 Countryballs at War allows the player to become the head of state and gain world domination. Society does not welcome dictatorships, but not this game. Players need to become the most cruel and merciless politician of all time. Your ultimate goal is to capture the planet. At the beginning of the gameplay, the dictator chooses the country he would like to lead. Then he starts developing a strategy. All units and presidents look like balls with eyes, and their bodies are painted in colors of national flag. The project combines tactics and pleasant atmosphere that will definitely appeal to fans of classic strategies. Don’t forget to download Agar.io and Battle Cats Quest.

After a resounding success, the Countryballs series has evolved into a full-fledged franchise with a dozen branches. This project is a real-time strategy, so players have a hard time without tactical quality. Find out about all the nuances of Countryballs at War from our review. 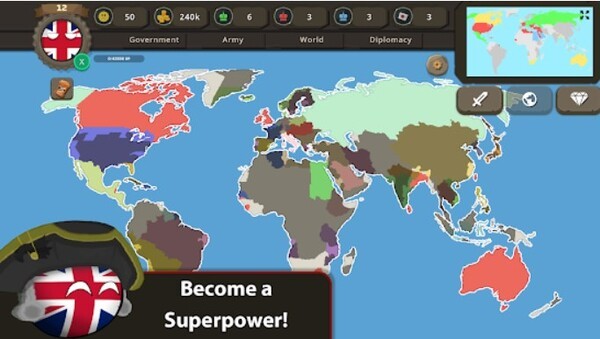 Always be on the lookout

The main theme of the game is war. Be prepared for the fact that if you do not attack, they will attack you. That is why it is extremely important to enlist the support of neighbors. Mark your borders on the world stage and pursue the right policy within the country. Enemies can destroy your country from the inside, so try to avoid uprisings and revolutions. Invest in the army and provide your people with everything they need.

The second theme of the project besides war is diplomacy. It is extremely important to monitor relations with other countries and make the right choice when one of the allies enters the war. The whole game consists of turns, during which you receive special points for diplomatic and military actions. Distribute them correctly to stay afloat and strengthen your army enough. Your goal is not to depend on allies and be a real threat to enemies.

Create units and choose the most suitable combinations of units on the battlefield. Build barracks and unlock new types of soldiers. Countryballs at War has more than 30 types of units, which differ in more than a dozen indicators. As resources accumulate and academies are built, players will be able to upgrade their soldiers, making them more powerful. 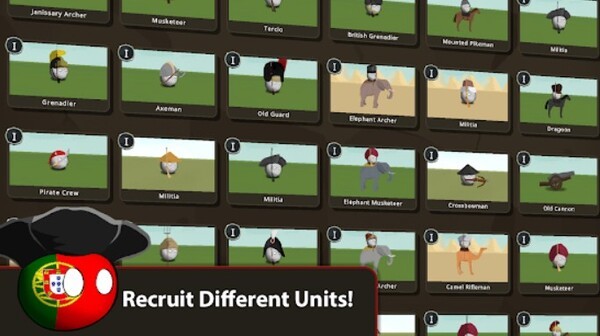 Defeat the enemy at any cost

With a large and well-trained army on hand, you need to go to the battlefield. Cross the enemy border and enter the most important battle of your career. Only a well-trained army and well-coordinated actions of allies will be able to raise your country to a new rank on the world stage. However, do not forget that winning is always harder than losing. Weigh your strengths and use tactics to defeat strong opponents.

First, it would be worth saying that Countryballs at War itself focuses on minimalism. There are no cool special effects or demonstrations of a full-fledged war. Everything takes place against the backdrop of a huge global political map, which depicts all the countries of the world. A minimum of elements and details, a minimum of special effects and animations – the game is simple and understandable.

As such, you will not see graphics here, since the entire gameplay comes down to management. It is important to observe all tactical ideas and achieve the defeat of the enemy, rather than take part in real military operations. On the other hand, players will obviously enjoy the music. 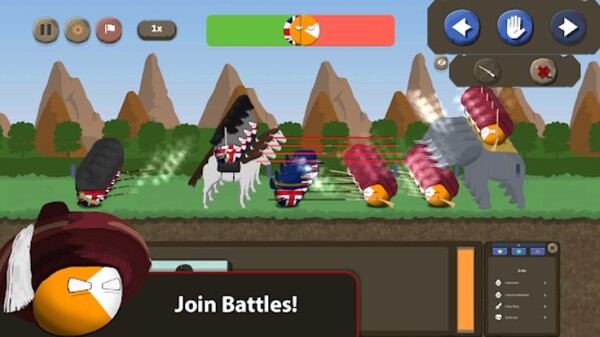 After completing the first missions, you will begin to understand that winning Countryballs at War is not so easy. If you have a limited budget, then you can hardly count on defeating a serious opponent. You have to constantly look for allies, develop for a long time and defend their positions. In any case, the game can simply get bored for this time. We offer you to download an unlocked mod that provides you with the opportunity to make purchases for real money free.

Countryballs at War is a humorous game that takes on and plays with the stereotypes of different countries. You can choose your favorite country and try to lead it to world domination. If you like tactical turn-based strategies with perky humor, then you will definitely like this project.