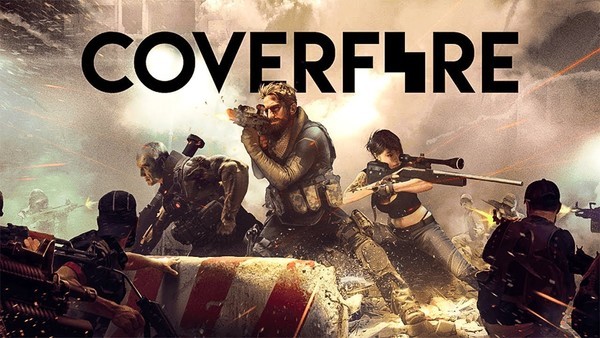 Cover Fire is a next generation mobile shooter from the developers of Genera Games. Try on the role of infantryman or sniper and deftly kill enemies by shooting from cover. The game takes place in the near future, where the Tetra Corporation has seized power over almost the entire planet, taking control of all mineral deposits. During the hunt for resources, people discovered new element that can become an unlimited source of energy. Now Tetracorp vigorously begins to destroy the resistance units to gain control of the super element fully. You also need to lead a guerrilla war, resorting to the help of a militarized unit of several people. Keep in mind that Corporation will use innovative weapons, constant fire support, elite soldier units and many heavy armored vehicles against you. However, it makes the games even more interesting! In addition, for fans of three-dimensional shooters and sniper adventures, we recommend playing Sniper 3D and Critical Ops.

Cover Fire has over 50 million downloads along with many positive reviews. If you still have any doubts on this game, we can tell you in more detail.

Choose from a huge arsenal of weapons

The whole point of Cover Fire gameplay is to hit your enemies with the help of short firefights and earn money and points. Developers have added dozens of different types of weapons to the game: pistols, assault rifles, sniper rifles, grenade launchers and much more. Depending on the level type, your tactics will also change for each specific mission.

Upgrade and improve your hero and his weapons

Cover Fire has numerous missions with three tasks. If one of the tasks fails, you won’t be able to move to the next stage, so try to complete all tasks on the first try. If you managed to complete the task with a good result (large number of killed enemies, minimum losses in your own squad, shortest possible execution time, etc.), your hero gets a reward that can be exchanged for weapons or additional bonus cards. Each weapon has several characteristics, such as magazine size or rate of fire. You can improve all these characteristics along the way. In the same way, you can upgrade character accuracy, increase the number of HP or simply put on secretive camouflage.

Try your hand at various missions

Cover Fire has several types of missions. For example, in one of the missions you play as a soldier, which must shoot enemies at close range and save civilians. Another assignment makes you already playing the role of a sniper covering your partner. You can also play as a grenade launcher, who needs to destroy the enemy’s heavy armored vehicles and, again, cover his comrades. Moreover, each mission has a special task (kill two enemies with one shot, kill several opponents in the head, and so on). All this adds variety and allows you to come up with various tactics for completing certain levels.

Collect the strongest squad for a comfortable playthrough

As you progress through Cover Fire, you unlock more and more characters, but you won’t be able to take them all with you on a mission. Choose wisely based on the unique skills and abilities of the characters. Hire the best hackers to disable enemy vehicles from a distance. Enlist the support of the best grenade launcher, get on a helicopter and shoot missiles at enemy bases from the air. Finally, invite the most cold-blooded sniper to the squad to inflict damage exactly in the enemy head.

The graphics in the game are on a high level – the picture is clear, rich and attractive. The characters move smoothly and very realistically. In addition, sometimes you can enjoy spectacular cut scenes, which show bullet flight and enemy kill in slow motion. It can be seen that the developers have worked on the details and decorations – from electronic billboards and some posters you can read such slogans as “Do not resist”, “Do not fight” and so on. The sound in the game also has the highest quality: the sounds of weapons have quite realistic implementation.

Cover Fire is a free game, but to upgrade your hero’s skills and improve your weapons, you need in-game coins, which are constantly in short supply. However, you can download a modified version of the game and enjoy the gameplay with an infinite amount of money on your account.

We have tested Cover Fire on numerous android devices. Based on the results, we guarantee you the correct and safe operation of unlimited money feature. Just download the mod and take advantage of the unlimited amount of money in your game account.

Shootouts in the game take place approximately according to the following scenario. Your character hides behind another slab or other convenient element that comes across and sometimes leans out to kill another enemy. If opponents shoot too hard at your cover, it can collapse – you can see this on the scale with percentages. In this case, you need to go to another shelter, if there is one nearby. The game itself tells you when you need to do it. If you have destroyed all the closest rivals, hero runs further himself. You cannot move and control movements here – only shooting.

The currency in Cover Fire is represented by regular dollars and gold bars. The latter are harder to find, so they are more valuable. Players need currency to upgrade the ammunition, although it becomes available only after collecting the required amount of parts. You can improve weapons – increase the number of ammo, reload skill, cover skill, etc. Still, you can unlock some skills and improvements immediately. For others you need to wait some hours. Much depends on the level of the hero and on the stage of completing missions.

There is one very important detail – energy. Every mission requires one energy point. Points are limited – there are only ten. When they run out, you won’t be able to start the mission. You must either wait for some time or purchase it for in-game money.

Cover Fire is a great shooter for any gamer who loves the genre. A variety of possibilities, characters and modes, and most importantly – realistic shooting can grab you in the game for long hours.

How to install Cover Fire Mod?

Don’t forget to delete the original version of Cover Fire before installing our modified version to prevent errors during installation process.