Crash Heads – Armed with a bow or other weapons that will become available during the adventure, you will advance through each of the levels, where you need to destroy enemies. In the game you have to hold down the joystick that appears on the screen to move the archer in a certain direction. It is very important to move as quickly as possible, because with passing the stages, the number of opponents will increase. At the same time, the hero will attack himself. In the application the attacks are performed automatically, and the mission will be to position the character in the area where the trajectory of the projectile is the most optimal to hit the target. Only this way we can defeat all monsters on the way, get good stuff and turn the main character into a legendary archer. Along the way, do not forget to upgrade your hero.

You can immerse yourself in the world of Crash Heads, read our review.

Destroy enemies in a fast-paced game

You start the game as a young archer who sets off on an epic adventure through a fairytale world, where you’ll have to pass a multitude of levels, fight with hundreds of enemies and their powerful bosses. At every level you find yourself in a small location, where you need to destroy all enemies that you meet on the way. To do this, move around the location using the virtual joystick and release it to attack the enemies. You have to bypass a variety of obstacles and defeat enemies. Get experience for killing them and raise the level of your hero. 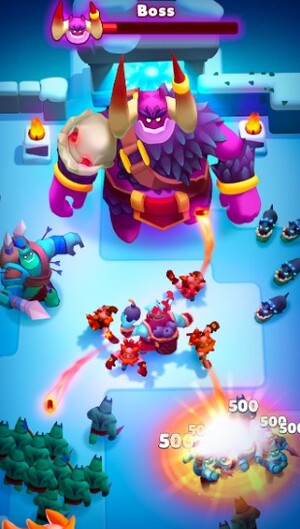 You can choose one of three random skills with their own unique effects for each new level in Crash Heads. Combine your different skills to increase your combat effectiveness. Each level has a dangerous boss to challenge in level 10. Each level earns you valuable rewards in the form of gold coins, with which you can improve your character, buy new weapons and equipment that you can also improve.

Choose among the brave heroes

Choose any of several unique heroes and go to explore different worlds, where you will fight hordes of monsters and dangerous bosses that will have their own unique skills. You can arm yourself with a bow, as well as an ax or a spear. A large number of combat skills that will help you in battle with your enemies. Complete daily quests and receive valuable rewards. Collect weapons, equipment and other items, and upgrade them to become stronger. 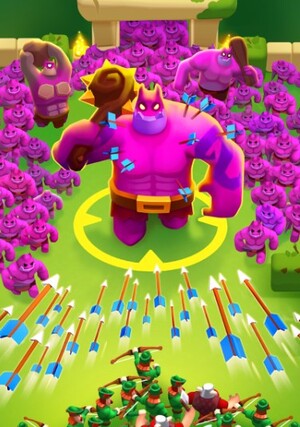 Graphics in Crash Heads are made in a pleasant shell and can please with a decent drawing. In combination with the painted style of images, it  creates a pleasant atmosphere that can cheer up every time you run the project. Watch your hero from the third person and enjoy the surrounding world, which has a lot to see.

We recommend you download Crash Heads mod, where you can get unlimited gems. 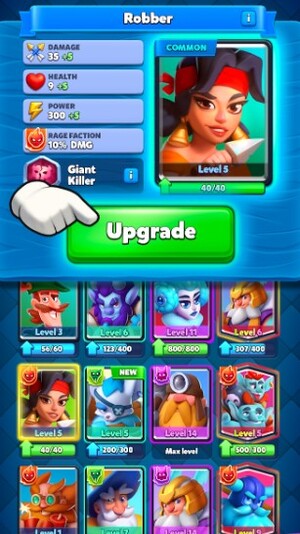 The most important thing in Crash Heads is the mechanics. Hero can not move and simultaneously shoot enemies. You justhave to stop and wait for the character to make another shot. This in turn can play a cruel joke with you, because you become a simple target and it is much easier to hit you. You need to be constantly on the move and only occasionally stop to shoot a couple of shells. The coins fall out of the destroyed enemies, but you can pick them up only after the complete cleaning up of the location.

Each destroyed enemy brings not only coins, but also experience points. Once the bar at the top of the screen fills up, your level is raised, and you can choose one of the following bonuses. Freeze, health boost, circle of poison, fire and ice, a pop shot, all-way shooting, extra projectile, and more. After losing, the player will get to the main menu, where you can increase character parameters, open a couple of chests and equip your hero with new items.

Crash Heads is a fascinating role-playing project. The game has a great variety of levels, dozens of useful bonuses, pleasant animated graphics and spectacular boss battles.