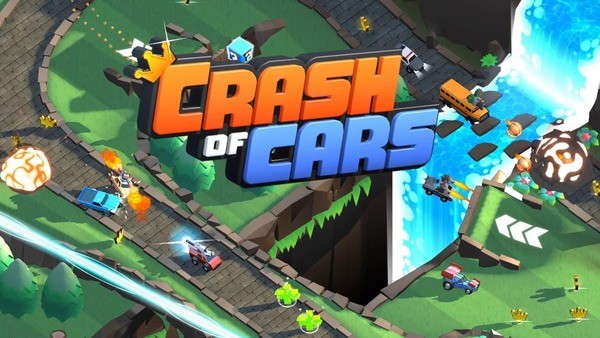 Crash of Cars is a cool racing action game for those who want even more adrenaline, speed and drive. The creators of the game are the developers of Not Doppler studio. Action takes place on the track, where many other players also drive besides you. Your main task is to survive and become a real car king. The first time you launch the game, you see a short tutorial on the basics of controls and game interaction. Then you find yourself on the racetrack, where racers who dream of destroying your car will lie in wait for you from all sides. Collect crowns in the process of passing, which serve as the main game currency. The more crowns, the higher your authority and opportunities for pumping your car. In addition to crowns, try to collect any bonuses that come your way. They can bring you powerful weapons, ability to double your reward and tons of other improvements. Also, download Rush Rally 3 and Street Racing HD.

There are no rules or restrictions in Crash of Cars, but there is your car and tracks. Read more in our review. 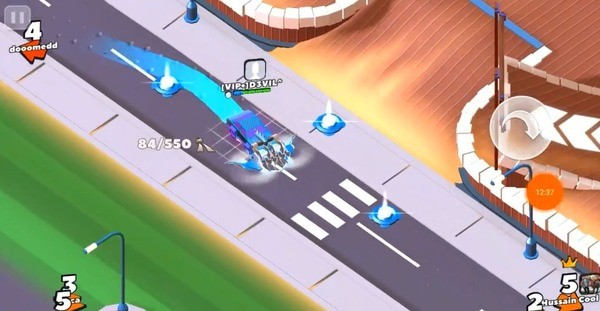 Equip your vehicle with the latest weaponry

Crash of Cars is an arcade game made in the form of car races, but not everything is so simple here. To win a location, you need to collect the most crowns scattered around the world. You can also collect crowns by killing an opponent and collecting his winnings. How do you kill the enemy? There are a couple of ways. You can crash into it with enough force to destroy the enemy. Alternatively, you can collect improvements from the boxes on the map and kill the enemy with this weapon. So, the following weapons are available to you for destruction: Front cannon, Rear cannon, Homing missile, Shrapnel cannon, Side cannon, Freeze cannon, Shield, Flamethrower, Mine, Accelerator, Teleport, Catapult, Railgun.

Choose from a variety of vehicles

The choice of cars in Crash of Cars, by the way, is even greater than the various weapons and improvements. For example, there is a donut, a spinner, ordinary trucks and racing cars. In total, there are about 30 cars divided into common, rare, epic and legendary. Absolutely every car has its own unique ability. Someone drifts better, some pour oil every 5 seconds and someone just drives very fast. Besides, you can upgrade the car with paints and increased health. Obtain cars in three ways: saving money, opening cases and buying for real money. 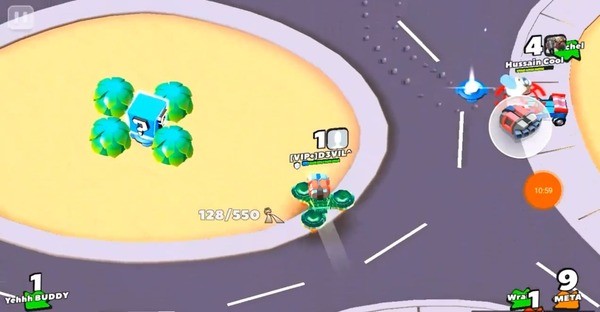 In addition to the type of car and parameters for pumping, you will also have access to a choice of racing modes:

The graphics in Crash of Cars are decent. Everything has the highest level. Thanks to the somewhat cartoonish design, the game functions perfectly even on budget devices. The musical accompaniment is also good.

To upgrade old cars and buy new ones, you need in-game currency. You can get it by downloading Crash of Cars Mod APK for unlimited money.

After launching Crash of Cars, you have only one map on which all the players and many objects are located. Some of these objects are pillars or bridges. By the way, if you wish, you can fall from the bridge. Many scattered objects prevent you from driving freely and slow down the car a little in a collision. Your task is to collect the maximum number of crowns and survive as long as possible. There are many of such crowns on the map, but players hunt for them at once. When you pick up a star, the opponents begin to attack you. If they manage to destroy you, then you lose all stars and the game is over. The same happens if you destroy the enemy – he dies and crowns crumble in his place, which you need to pick up instantly and flee from the crash site. 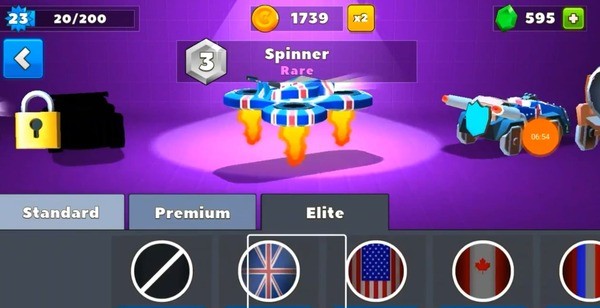 Despite the fact that the display of Android device is touch-sensitive and usually active-plan games on such a display show themselves very badly, the developer managed to create something really cool and convenient to use. You have only three keys on the display – turn right, turn left and a skill activation key. That is, the car drives on its own, you only need to direct it and use skills when there is such a need. Everything has cool implementation and you do not have to get used to it for a long time. Although sometimes you get lost where to turn if the car comes to you with the hood, but this is not a problem.

Crash of Cars is extremely dynamic with its active presentation – you do not look around here or stop in order to see where the enemies are. Enemies are everywhere and you need to run away from missiles. Try not to get into difficult situations, do not expose yourself to fire, while you need to collect crowns and destroy other machines. The game is very interesting, so we recommend it to all racing fans.