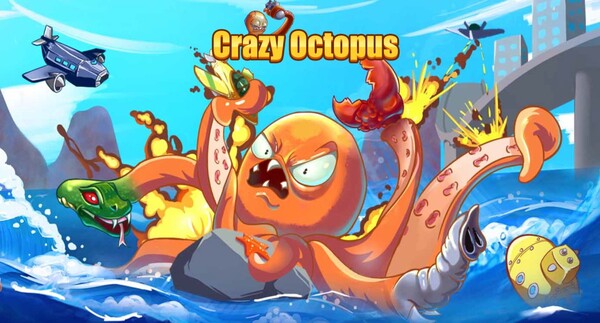 Crazy Octopus is a fun casual game from XTPublishing. A huge mutant octopus lives in the depths of the sea. Carelessly watching videos, he stumbles upon horrific cooking shows where his fellows are turned into gourmet delicacies. He didn’t like it and now it’s time to defend the honor of his species and destroy the whole world. Fortunately, you have many slimy tentacles that will help you do this. Here is a unique project that draws you in from the first minutes after launch. Before that, you have to try different weapons, replacing one of the tentacles with it. Attach animals you meet along the way and become an invincible killing machine. If you like casual projects, then download Vehicle Masters and Merge Romance.

Crazy Octopus is addictive from the first minutes, but if you are interested in the details, you should read the review. Here, players will help the unbalanced octopus to incinerate the world, traveling under not only water, but also emerging in different countries. 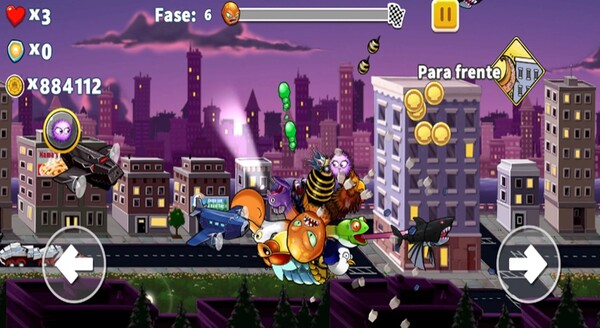 Set up your own tentacles

The main feature of Crazy Octopus is that you can change the tentacles to various devices or even animals. Face various enemies and defeat every single one. No mercy, only cold and calculated revenge. Use not only skills, but also additional items, such as explosive fish, throwing them right into the heart of the enemy. Twist and turn to strike with all sewn body parts at once.

Falling gold coins and shells should return to the seabed where they belong. Collect currency and visit a local merchant between missions. He will find for you the rarest specimens that will please the players. Be prepared that you will have to pay a lot for exclusive items.

Crazy Octopus is a rather difficult game. The first few levels allow you to get comfortable with the game, but any hints of pity are temporary. Saves collecting shells – they can be used to purchase items that are saved for the next attempt even after the defeat.

Among these items are various types of DNA, additional hearts of life and much more. The game allows you to stock up for the next attempts, because it is unlikely that you will be able to complete it the first time.

There are also boss fights. As a rule, it will be some kind of futuristic technique (but Godzilla will also meet) with a large supply of health and powerful attacks. Find weak spots and set the timing for pinpoint attacks to succeed. Earn money to buy upgrades. 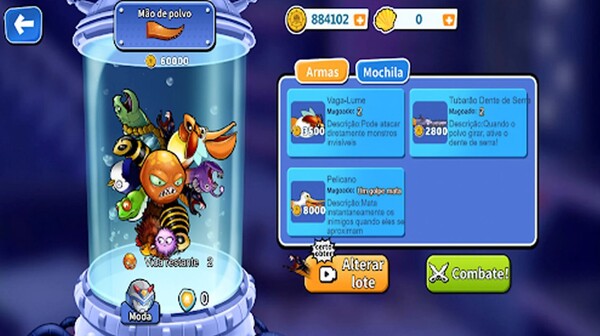 Find the strongest combinations that will perform well in battle. Destroy, finally, the so annoying Statue of Liberty. There are almost no texts in the game, and you can understand everything only from the pictures. Announce to everyone: “Don’t piss off the octopus!”

We suggest you use Crazy Octopus mod APK for an unlimited amount of money.

Crazy Octopus is an entertaining strategy game with elements of an arcade mode where you have to become a big mutating octopus and then go on an adventure full of threats. The thing is that your limbs will change. As a result, they will be able to transform into a dangerous, deadly murder weapon. Your main task in this game is to capture the world. 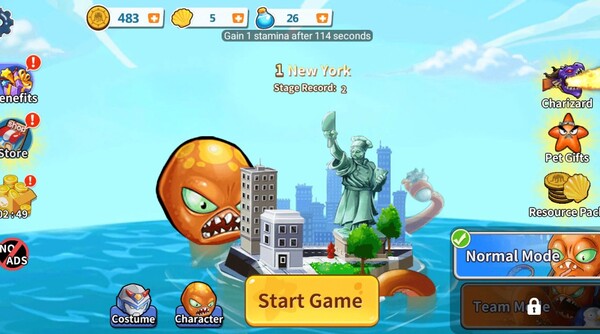 How you do it depends only on the decisions you make. The mighty and ferocious octopus decides to bring the whole world under his power, angry with all this at all representatives of the human race. In the course of the action, you will look for various items that will help you to destroy all your own competitors on the way. Try as quickly as possible to do the hidden, so as not to be trapped by your own enemies.

Crazy Octopus is an interesting casual game where you will be in the role of a huge and ferocious octopus. Destroy all enemies and win.