Critical Ops is a 3D first-person shooter from the developers of Critical Force Ltd. Help your team with firepower and smash a squad of opponents. You need not only good reaction to succeed, but also the ability to think strategically, because enemies are on the alert.

Your main goal is to kill enemies before they get to you! Use a Kalashnikov assault rifle and hit your opponents with a few headshots, or arm yourself with a sniper rifle and take cover for a deadly shot. Fortunately, the variety of maps allows players to choose completely different tactics for battle. Try out several interesting game modes, defuse and plant bombs, participate in death matches with bots and real players, unlock all new weapons and buy beautiful skins for them. Enjoy dynamic realistic gun battles simply by installing Critical Ops on your android device.

Critical Ops is popular to gamers all over the world. Below we will tell you about the main features of this game.

Fight in a variety of modes

Critical Ops offers several types of adventures to choose where everyone can find something to their liking. Let’s consider them in a little more detail:

In addition, there is an opportunity to participate in ranked games after reaching 250 kills, as well as an interesting multiplayer mode with friends and acquaintances.

Success depends on your skill, not donation

Critical Ops is unique in that the player here cannot buy any upgrades for real money that will give him a great advantage in battle. Of course, you always have the opportunity to purchase skins to make your character more beautiful and stylish, but there is no cool weapon in game store inaccessible to ordinary gamers. Thus, donation won’t give any bonuses during the battle, everything here depends only on the skill and strategic thinking of each individual gamer.

Wide customization options for your fighter

As stated above, in Critical Ops you have many options to customize the appearance of your character and his weapons. Buy stylish items for the hero or more intimidating equipment so that enemies could be afraid even of your appearance. Choose skins for your guns and amaze others with your brightness and personality. At the same time, you don’t have to spend your real money on these improvements, because skins can be obtained from loot boxes, simply by completing tasks and winning victories. However, the possibility of donating for these purposes is also present. 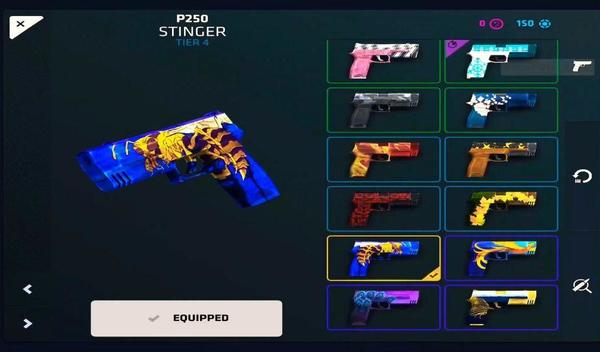 Try out a variety of weapons

In total, over 20 types of weapons are available in Critical Ops, including pistols, assault rifles, sniper rifles and submachine guns. Thus, you have both melee and ranged cannons at your disposal. You just have to choose the right weapon that suits your playing style. In addition, for each barrel, you can choose one of two dozen skins to become a unique soldier. Don’t forget about the powerful frag grenades that can knock your enemies out of cover. 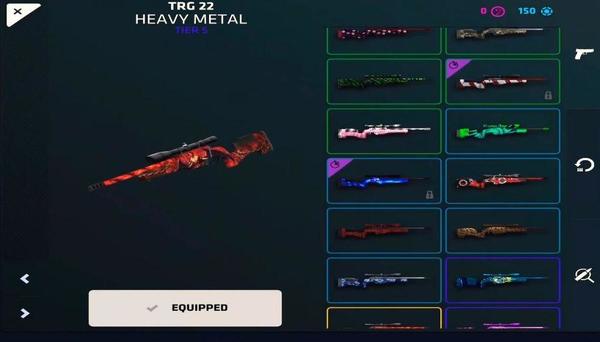 Fight your friends in multiplayer mode

If you want to challenge your friends and acquaintances, then the game has a convenient custom games mode. Here you can create a room for friends or join an existing one. Thus, there won’t be unnecessary people on your server and you will be able to find out who is the most accurate shooter from your company.

The mobile version of the game has excellent graphics compared to other representatives of the shooter genre. Critical Ops provides a clear and high-quality picture that does not require high performance from a smartphone or tablet. This allowed developers to reach a wider audience of players without powerful devices. The sound in the game is clear and powerful, all the shots and explosions sound quite realistic, which allows you to transport yourself to the battlefield mentally.

Critical Ops offers gamers a smooth and engaging gameplay, but it is always frustrating when you suddenly run out of ammo in the midst of a fierce firefight. However, now you can install a modified version of the game and get an endless supply of ammunition. This way you can suppress any enemy with your firepower.

We tested the performance of Critical Ops on our android gadgets. Based on the results, we can assure you that the mod for unlimited ammo works safely and efficiently. Just install the modified version on your device and enjoy all the benefits. How it works? For example, you buy a Kalashnikov assault rifle. You still have 30 bullets, but when you use them, your rifle won’t stop firing with no reload and the number of bullets doesn’t take a negative value. Therefore, you actually have infinite ammo.

The game controls are as simple as possible for a shooter. With your left hand, you set the direction of movement, with your right hand you turn the sight, shoot, and reload if necessary. There is also the possibility of jumping or squatting, these actions you can also perform with the right button.

All types of weapons are detailed. In addition, all maps are memorable and unique. The developers have approached this issue especially carefully, trying to make interesting locations that are not similar to other shooters.

Critical Ops lacks health regeneration. The outcome of the battle depends on everyone’s ability to adapt to the situation, survive and become a winner. You need to react to everything quickly and immediately.

Each new round begins with purchases in the weapons store. Each player has the same amount of money that he can spend on buying weapons and ammunition. In the first round, you should only count on $ 800. This amount allows you to buy weapons from the pistol class. A similar economics mechanic is in Counter-Strike. There will be more money with each round. Everything depends on you. How skillfully you kill enemies or defuse bombs. With the money earned, you can purchase assault rifles, sniper weapons, machine guns, various types of grenades, body armor, helmets, and so on.

Critical Ops is a quality shooter that is definitely worth a try for all fans of the genre. The game has several interesting modes and a well-designed multiplayer. In addition, you always need to be resourceful and develop your battle strategy in order to succeed. If you love action in a futuristic setting, then we advise you to play N.O.V.A. Legacy.

How to install Critical Ops Mod?

Don’t forget to delete the original version of Critical Ops before installing our modified version to prevent errors during installation process.