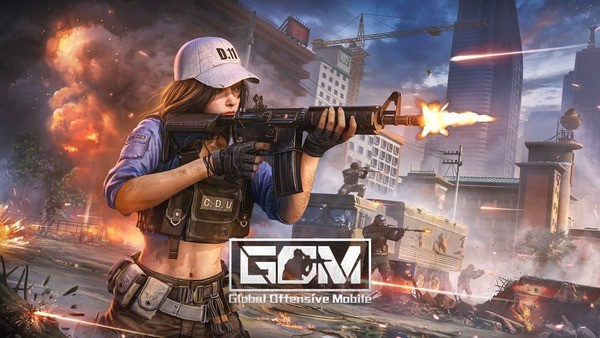 CSGO Mobile is almost an exact copy of the well-known shooter Counter-Strike: Global Offensive. This mobile game is not an official remake. It is a clone of the original PC game released by Thai company Cheese WT for Android devices. Nevertheless, the game received very good feedback from players. The project completed closed beta testing at the beginning of 2021 and now available to almost everyone. There are several modes and six locations, including the famous Dust 2 and Inferno. All locations are full copies from original version of the game. If you are interested in shooters, then download Zombie Frontier 3 and Modern Warships: Sea Battle Online.

CSGO Mobile has appeared on the mobile games market quite recently, so the gaming community has not yet reached a unanimous opinion about the project. However, early reviews were positive. We tried to figure out what happened in the end.

Differences from the original

CSGO Mobile is a lot like the original PC game, but there are still some differences. The game has different character models, different skins for weapons. In addition, there is no division into terrorists and counter-terrorists. They just play the red team against the blue one. In-game store offers you to buy skins for the character and weapons. At the same time, there are no loot boxes. The project so far has only six game modes and six maps, because the game release was quite recently. Locations remind the original maps. Players have the same arsenal of weapons. The main mode remains the same – one team sets up a bomb, the other is trying to defuse it. 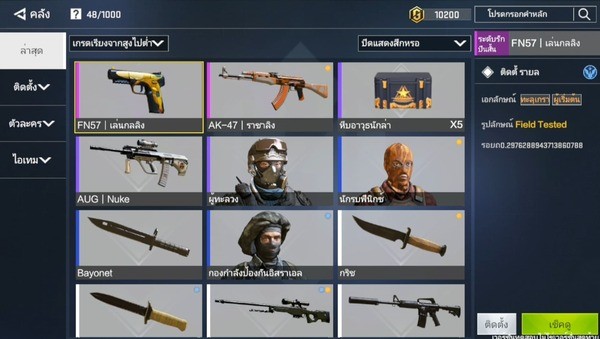 More than 40 types of weapons

The most important component of CSGO Mobile is weapons. Use pistols, machine guns/shotguns, submachine guns, assault rifles, sniper rifles, grenades and knives. AWP sniper rifle is suitable for lovers of accurate and aimed shooting. It has a small magazine – 10 bullets with 30 more in reserve. A telescopic sight allows you to make headshots. You can use the SSG 08 sniper rifle. It does slightly less damage – 357, but it has more ammunition – 90 bullets. Both rifles have a low rate of fire – 41-48 rounds per minute.

If you want more activity, then it is better to choose an assault rifle. AK-47 allows you to make 600 rounds per minute. Such a weapon has two drawbacks – low damage (144 per headshot) and a short distance – 22 meters. The assault rifle allows you to fire in bursts, while the sniper weapon is designed for single fire

Submachine guns will appeal to connoisseurs of active play in CSGO Mobile. They have a high rate of fire. For example, PP-19 Bizon fires 750 bullets per minute. At the same time, the distance for inflicted head damage is 108 units in 10 meters. The choice of weapon depends on personal preference. We advise you to try different types to understand the specifics of each option.

As already mentioned, CSGO Mobile has several multiplayer modes that are identical to original version. Let us consider two of the most popular ones

Competitive – ​​battles are always 5×5. The money limit is 16 thousand dollars. Friendly fire is on, be careful. The match ends with a victory in 16 rounds or at the end of 30 rounds (15-15 – a draw). The team can surrender in advance if at least one person has left the game. You can rise to a league higher for winning a match, and, on the contrary, a league lower if you lose.

Normal – number of players per team can reach up to ten people. The money for actions is half as much as in the competitive mode, but the limit is only ten thousand. You only need to win 8 rounds. You cannot inflict damage to your friends. It is also possible to observe the actions of enemy players after death in contrast to the competitive mode. Armor, helmet and a sapper’s kit (for Special Forces) are issued free of charge. 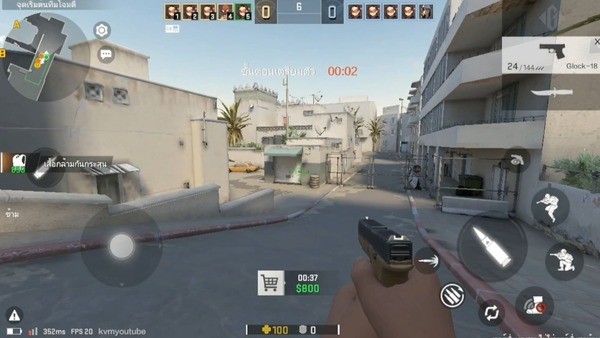 The graphics in CSGO Mobile are also almost identical to the original PC project as the sound effects. It is worth making an allowance for the fact that this is a mobile project. In general, picture is not much different. Developers also borrowed battlefield maps from original version. Only character models and skins differ. By the way, the project management turned out to be very convenient. You set the direction of movement of your character with one hand and shoot with another.

CSGO Mobile takes about two gigabytes on Android device. That is a lot and often these games have cache. However, it is very inconvenient to unpack it, which can cause problems for many users. We suggest you download a game with an already built-in cache. Therefore, installation will be no different from the usual small-size game.

Teams of blue and red are opposing each other in CSGO Mobile. The first task is to rescue hostages or defuse a bomb. Well, the latter are trying to either destroy the enemy or lay a projectile and detonate it. The match ends if one of the sides completely destroys the enemy team or reaches the desired goal. 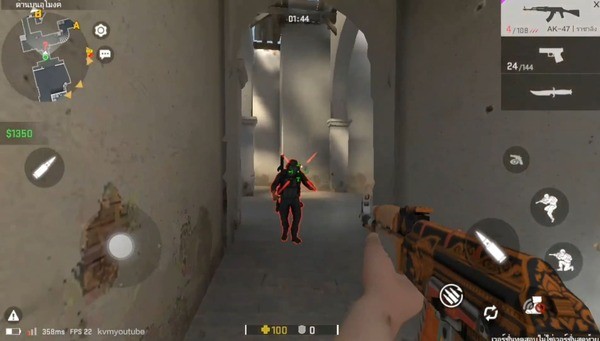 It is hard to say anything new about the game. After all, almost everyone played CS: GO. Now in front of you is a clone, but a very high quality clone of this cult game. In fact, it is the same game only for android with a slightly reduced functionality in form of limited number of maps and modes. The system of buying weapons and even recoil from weapons remained the same.

CSGO Mobile is an exact copy of the PC version with minor differences. Since nobody released nothing like this for android devices, you can download the game and enjoy favorite entertainment anywhere. The developers promise to add new locations and opportunities In the near future. We strongly recommend you to follow the project closely.

How to Install CSGO Mobile APK?