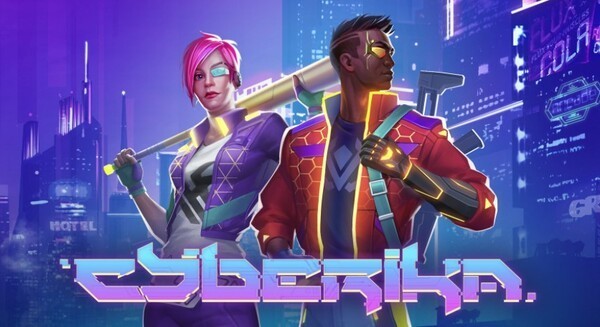 Cyberika: Action Cyberpunk RPG, developed by Kefir! is an addicting multiplayer RPG with an emphasis on dynamic combat in cyberpunk setting. Game focuses on playing multiplayer in a team with other players, so it is important to test your Internet connection before installing. Essence of the gameplay is to level up your fighter. Different types of equipment, augmentation and a huge arsenal are waiting for you. Add here dozens of locations, many tasks, ability to progress on auto-attack and get exciting and simple MMO. For fans of RPG in an unusual setting, we can also offer Stick Clash and Saga Frontier Remastered.

More than a million downloads and an average rating of 4.3 points make Cyberika: Action Cyberpunk RPG a great option for an entertaining pastime. Let’s see what the developers have prepared in more detail.

Welcome to the City

At the center of the story is the City. It is a monstrous metropolis where law and order are present only nominally. Various groups hold real power, whose main strength is mercenary fighters. You have to play for such a character. Start your journey from the very bottom. Gain reputation and respect among the city bigwigs, earn money for the first equipment and augmentation. Start now to assess all the possibilities, but do not forget that the weak do not live here for long. 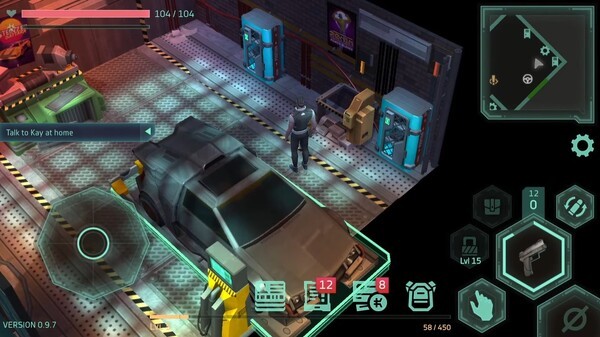 Cyberika: Action Cyberpunk RPG is an MMORPG that stands out from other projects due to the original setting. Get toa harsh world of a distant future ruled by huge corporations. Everything here comes down to upgrading main character. Complete tasks, participate in fights and earn reputation. The game has a huge open world, divided into areas where different gangs rule. There is also PvP in the application, but the main emphasis is on storytelling and PvE content. Leveling system in the game is very interesting and versatile, so fans of role-playing projects will be delighted.

The gameplay manipulation mechanism in the game is quite simple. It switches automatically, for example when getting into a car. The camera is in top view mode. A virtual controller like a joystick located in the lower left corner is responsible for the hero movement. On the right are the keys for basic attack and skills. Many skills open only after installing the appropriate cybernetic module. Driving a personal car deserves special attention. The developers have made every effort to detail this process.

It is worth noting the original way of moving between locations. As we all remember, you need energy points to move in other similar games – otherwise you will have to wait a long time. Here you move in a car along a straight road, maneuvering between other vehicles. This can take a long time – but you can take control and step on the gas to reduce the wait. Quite a controversial innovation, given that you have to move in this way often.

Throughout the entire gameplay process, you need to fight various enemies, whose equipment can help to survive in such a harsh world. Build your own base in which you can place various objects necessary for crafting items. Find items randomly, so do not expect things to be that easy. Cyberika: Action Cyberpunk RPG also offers a hardcore mechanic, due to which the character’s items can break at any time. In addition, base allows you to calmly read mail, receive tasks and communicate with some NPCs, each of which will help you shed light on the events taking place in the world.

If you have mastered the entire story within game framework, do not be discouraged. The development team is actively working on adding content to the project, so you definitely will not be bored. It is not just about new missions and story arcs. Find interesting tasks, new items of equipment and additional locations. 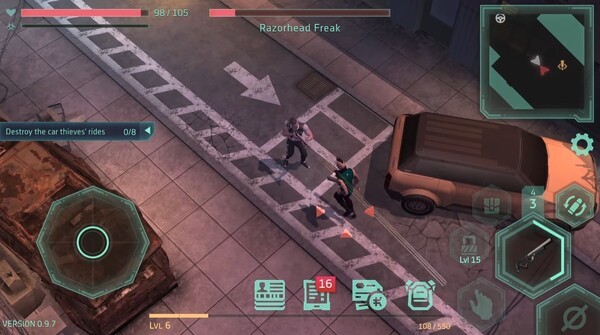 The project boasts high quality and realistic graphics. Cyberika: Action Cyberpunk RPG really looks very nice, but at the same time, it has quite high requirements. All the details of the City allow you to get real pleasure from being in the world of cyberpunk. There is a minimum volume of music in the game. You can only hear the voice acting of movements and noise of surrounding world during the gameplay process.

Despite the availability of quests and ease of completing missions, many players have problems associated with a lack of in-game money in the later stages. However, we cannot hack this game for money just like that. The only working mod that we can offer our users is immortality. Use it to easily defeat even the most powerful enemies, get useful resources and upgrade your character.

Our team has tested the immortality mod for Cyberika: Action Cyberpunk RPG and can guarantee its full functionality. Your hero’s health bar will not decrease even when dealing critical hits. You can easily complete even the most difficult quests and earn in-game currency inside. However, we also want to draw your attention to the fact that the developers are actively working on improving the protection of their project, so that the mod’s features can stop working at any time.

The game begins with an introductory storyline, presented in simple text. You can skip it, but it is better not to do it – the story here is tricky and quite interesting. The main character got a shot in the head, but survived using experimental implant. Now he started to junk and decided to go to find out what the problem was. However, it turned out that the company went bankrupt long ago, and its chief committed suicide. 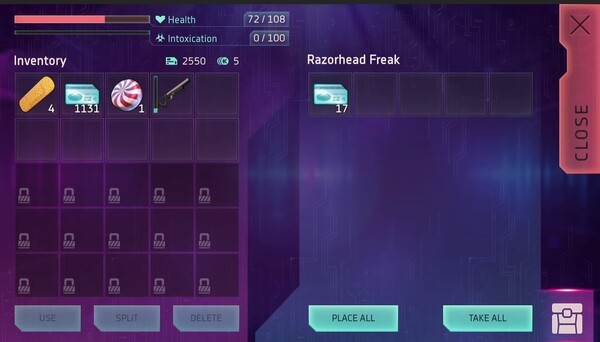 However, after a couple of minutes, we find out that not everything is so simple. It turned out that the director had digitized his consciousness and loaded it onto the very same implant. Now he lives in the hero’s head and appears in the form of a hologram whenever he wishes. Therefore, you begin to investigate together what happened to that company. After all, everything was fine, there was no bankruptcy, and he did not kill himself. However, the fact is that you have to complete tasks coming from your own head – such is the cyberpunk.

Cyberika: Action Cyberpunk RPG begins with choosing a hero. You can change gender, choose one of several hairstyles, add accessories – or just trust the occasion. It is also important to choose a nickname that reflects the depth of your inner world. After that, we set off towards adventure.

The gameplay will not amaze with an abundance of innovations. We have a map with locations marked. There are also quests that require moving between locations. In addition, you can use an apartment as a base. Restore yourself, heal and remove infestations, and repair weapons on a workbench. Yes, weapons break in Cyberika: Action Cyberpunk RPG when used, and you can also heal with food or other means – everything is as always.

Cyberika: Action Cyberpunk RPG can captivate you for a long time. It has everything you need to impress a fan of the genre. Open world, dynamic battles and extensive system of character improvement, transport and PvP – all this brings a huge variety to the gameplay. However, there are donation, imbalance and the need for constant pumping. Otherwise, you may lag behind competitors for a long time. The game is very demanding and can slow down even on a powerful smartphone. However, regular updates from the developers make the game more stable across a wide range of devices.