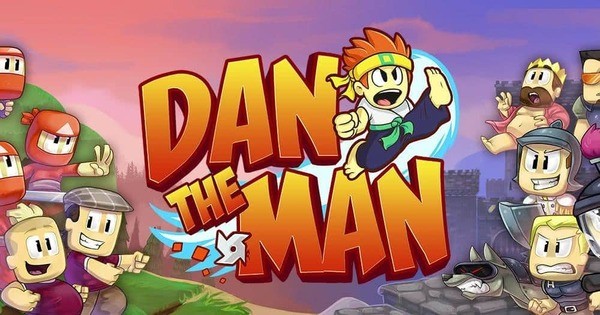 Dan the Man is a mobile arcade game developed by Halfbrick Studios. The project is an advanced and rather complex platformer stylized as old arcade games on slot machines. Soundtrack, cues, animation, mechanics, as well as the general visual style are reminiscent of old game projects. Your main task is to complete all levels, defeat each boss, collect all sets of equipment and achieve the highest record. There is a lot of fighting and shooting. Use six combo attacks and other interesting mechanics. At first, the main character, Dan, can only use his arms and legs. However, progressing further, Dan can get different types of weapons. Starting from shurikens and ending with a powerful bazooka. By the way, download other interesting arcades on our resource – Vector and Vector 2.

Dan the Man has over 10 million downloads over the years and continues to get new installations to this day. Find out why users liked this game so much by reading our review.

Dan the Man offers the user three completely different modes. First is the story, that is, the narration of Dan’s story. Here you need to complete the campaign, unlock new weapons and advance through the plot. Second is a regular fight with a specific boss so you can practice. Choose one of the many bosses and use various battle tactics. Third mode is endless survival, where you must survive as long as possible. This mode can help you understand the game at the beginning of your adventure. 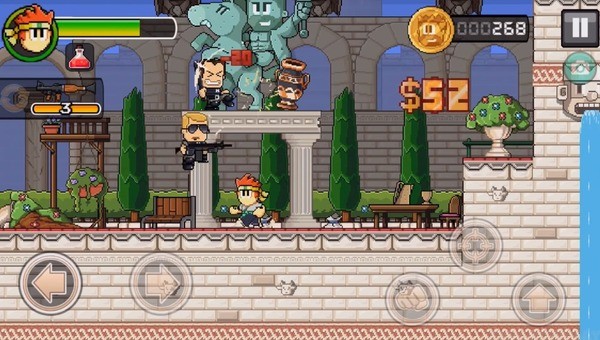 The gameplay of Dan the Man comes down to completing levels, defeating bosses and saving inhabitants of hero’s native city. The main character is charismatic, moderately cruel and incredibly cool. He knows a variety of martial arts, so you can easily defeat dozens of enemies. In addition, Dan has an impressive list of equipment and weapons. Upgrade it in order to increase your chances of survival in a battle with numerous bosses. Enjoy captivating scenes and jokes with protagonists.

Control charismatic heroes or create your own

Dan is the main protagonist of this game, but you can also play as Josie. However, the matter does not stop with two heroes. After completing several levels of Dan the Man, you can create your own character. The editor, although quite simple, allows you to choose a hairstyle, clothes and accessories. Moreover, players can upgrade their heroes improving skills and weapons of the character. Unfortunately, it’s not possible to transfer skill leveling to another character. Unlock new suits and armor sets to emphasize the high status of your hero. Prepare for battles in advance, because you never know when to face the boss. 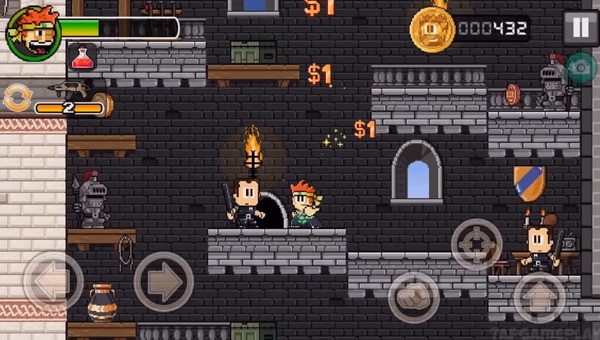 Dan the Man has an undemanding 2D graphics in style of slot machines from the 80s. The developer was not mistaken in his decision to use just such a design, as the game looks just amazing. Despite the seemingly primitive graphic style, the characters and environment have good rendering. All in-game sounds are also at a high quality level. You even can enjoy rock music during the walkthrough. In addition, almost every event on the screen has own characteristic sounds.

All upgrades in Dan the Man require coins. Players can collect game currency during levels walkthrough or purchase for real money. Usual number of coins on levels is not enough for full upgrading. However, you can play without donation. Just download the mod for unlimited money and enjoy fully unlocked gameplay. 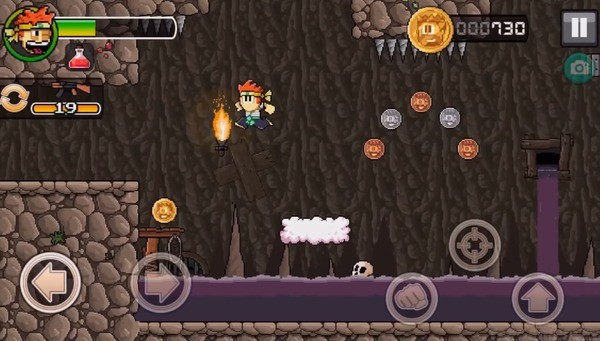 Our team has tested Dan the Man and its mod for unlimited money. Indeed, everything works great with no difficulties in operation.

Important! Play the game without turning on Internet to use the mod correctly.

Otherwise, everything is extremely simple. Install the APK file, launch and receive an unlimited amount of money to your game account. Installation file is safe for your device, as it does not contain any viruses or other malicious software.

Dan the Man begins by showing you the fall of Dan’s hometown. Unknown persons, dressed in red uniforms, kidnapped the residents, while the protagonist was a little late for the party. Now, you must go in pursuit. Free your girlfriend, as well as all the inhabitants who have become prisoners of insidious boss. Go through dozens of levels, defeat all enemies, and earn the right to challenge the villain.

The developers approached their work with humor, because the game contains a huge number of references and jokes about too serious projects and films of action genre. Creators have not forgotten about other popular games. For example, fans of Jetpack Joyride will be pleasantly surprised to find its main character here. 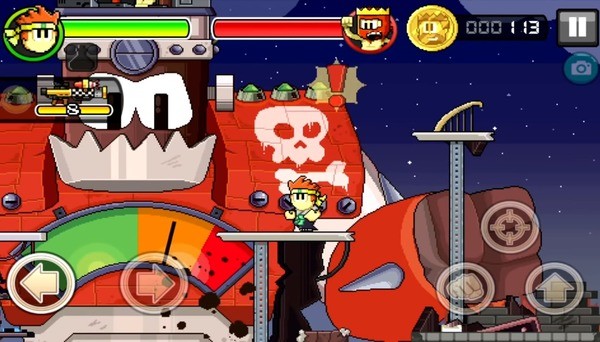 Usually, you need to spend no more than 10 minutes to complete each level. There are 24 levels in Dan the Man. Collecting coins or killing all enemies is optional. The main thing is to get from the beginning of level to its end. Bosses do not appear after every level, although there are still a lot of them.

We can consider Dan the Man as a model of how to make games for mobile platforms with nice pixel graphics. This bright arcade game with 2D graphics is a great option for all fans of retro consoles.

How to install Dan the Man Mod?

Don’t forget to delete the original version of Dan the Man before installing our modified version to prevent errors during installation process.