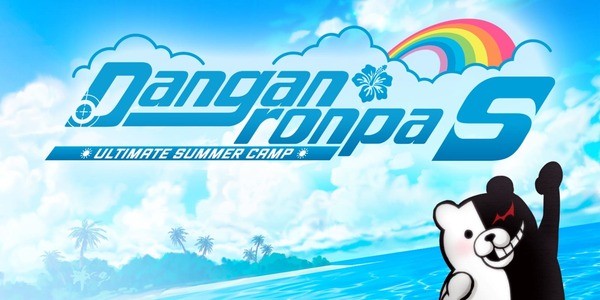 Danganronpa S: Ultimate Summer will take gamers to a summer camp where dangerous adventures await. This is an adaptation of the board game, so roll of the die will determine events, while the outcome will depend on the abilities of characters. Players can purchase weapons and equipment, upgrade heroes and collect collectibles. It is a great crossover. It has all the characters in the franchise, including heroes and heroines from all licensed parts, as well as ports for different consoles. According to the plot, boys and girls end up on the resort island of Jabberwock. Monokuma meets 62 students and invites them to participate in a 50-day test program to develop ultimate talents. The story develops during special events and in battles against creatures created by this bear. Well, if you like role-playing games, then also download Iron knight Nonstop Idle RPG and SOULVARS.

Danganronpa S: Ultimate Summer is not for everyone, but fans will be very pleased.

Participate in a board game

It is a mixture of virtual board game, visual novel, gacha game and RPG. The gamer can choose any available protagonist. Win all the rest in a special car. Player has 50 moves. Each one counts as one day. You can roll dice and move his ward through the cells. To win, he needs to get to the boss of the area and defeat him. In total, there are 4 zones (boards). They open gradually. The player’s task is to pump several of his protégés separately, then form a team of four, and then go explore the dungeon.

Each character in Danganronpa S: Ultimate Summer has different stats, including level. Improve traits by leveling up, stopping in the growth field or interacting with other characters in the event fields. Monokuma placed bosses and monster battles on the battlefield to block the player along the way. Talent screens provide talent fragments that give NYE characters abilities. Players must also purchase weapons and armor from shops, treasure chests and use cards that have a beneficial effect in their favor.

The combat mode in Danganronpa S: Ultimate Summer  is separate from the battle screens in the board game. Develop your characters, form a group of up to four people and conquer the 200-story tower of despair, where monochrome monsters await you. Enemies of Tower of Despair attack in waves and the player receives a Monokuma Medal as a reward for victory. 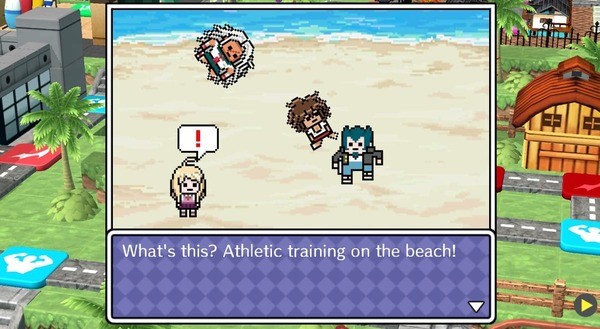 Players must level up their characters as they master skills and prepare their characters to be victorious. In the school store, the player can use monocoins from combat to acquire new characters and support items using the machine. Each character has a different rarity and the higher the rarity, the faster it grows in development mode.

Danganronpa S: Ultimate Summer is based on a board game. You and your friends are on vacation when Monokuma suddenly appears and the Ultimate Talent Cultivation Plan begins. Your task is to develop the talent of your ward character within 50 game days. By the way, they can be almost any hero of the franchise, but at the beginning only the main ones are available, the rest will be available through a gacha machine.

The plot develops through battles against the creatures of Monokuma and communication with other characters in events. At the end of 50 days, you will receive a developed character who can already go to dungeons and kill monsters. As for the combat system, you can either play it yourself or use auto-battle. There is also an option to speed up the gameplay.

Danganronpa S: Ultimate Summer  is an interesting project, especially for fans of the series. The game includes several genres at once, so it may be of interest to a large number of users.