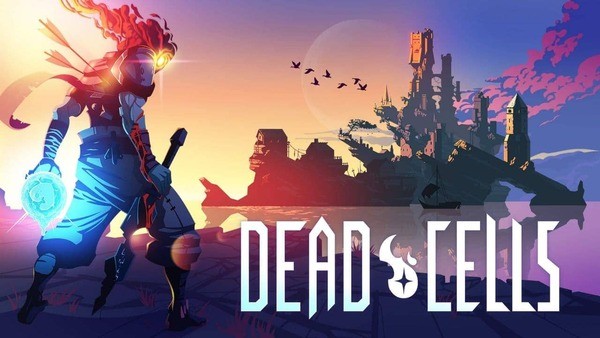 Dead Cells is a metroidvania roguelike that offers endless levels in which the player must fight for life, dying and being reborn. For reference: roguelikes are games with randomly generated levels. In case of loss, the gamer returns to its original state and experiences final death in the game. Metroidvania is a genre of games where the player has to go through large locations. In addition, the transition to other locations is possible only after gaining new abilities. The game is whole action platform where battles against enemies and their bosses bring the necessary equipment and new weapons. We also recommend you to check out Last Shelter: Survival and the epic Pirates of the Caribbean: ToW.

The game hit the market in 2017 when Motion Twin launched Dead Cells on PC and consoles. Then creators released the game on mobile platforms, including Android. The mobile version of the game appeared only at the beginning of summer 2020, but it already has more than 50 thousand downloads and a rating of 4.8 points. It is worth noting that the game has 16+ rating and belongs to the category of paid ones. 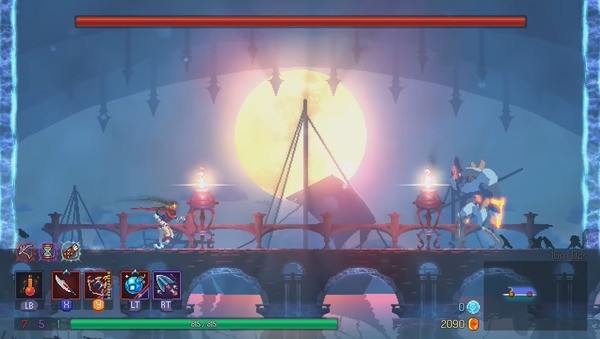 Clot from the dungeon

Immediately after the launch of Dead Cells, the player finds himself in a gloomy prison dungeon. In order to start your march through the game space, you have to use the bodies of the deceased prisoners or rather their cells.  It allows you to gain power and get some bonuses. By the way, you can use enemies’ bodies to upgrade your character. The cells transfer the skills of the former owners. After the formation of the first body, character goes to explore a very impressive location with secret hidings, treasure chests, evil monsters and almost invincible bosses. Having overcome one location, the player can use the newly acquired skills and elements to proceed to the next location.

Fighting at a pace

The beauty of Dead Cells is that only the player decides exactly how to play the game. You can quickly run location after location, or slowly, carefully study every corner of the playing space. There is no such choice during battles with monsters. In order to defeat enemies you need to study them, since each has its own rhythm of attack. Without hitting it the player’s character rolls back to its original state. When there are too many enemies, the player need to apply strategic thinking and all his attentiveness. This is so exciting!

Another element of Dead Cells that attracts players is character improvements. At first they may seem strange, but later everything becomes clear and logical. Moreover, the character improvements are so deep and interesting that you want to observe the results of your experiments with your own eyes. 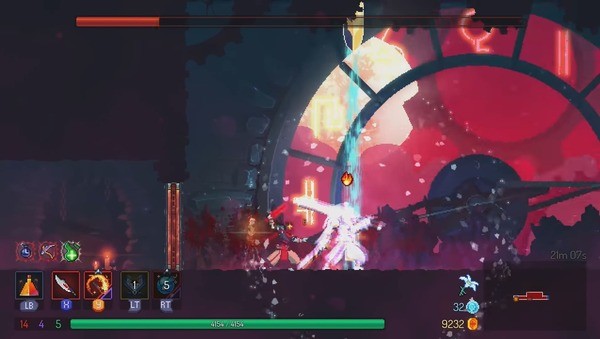 At first glance, the graphics look primitive, but within the genre, everything looks very dignified. High quality special effects complement the picture and add dynamics to the game. In general, the design, both of the game and of individual elements looks more than good! As for the design of locations, it is hard to believe that they are generated in an arbitrary order. it seems that each one was created and drawn for a separate player. The graphics are so high quality that walkthrough on the same location looks different every time. The sound design in Dead Cells is also well done. Music and sounds complement the game perfectly and don’t irritate the player.

Dead Cells challenges the player to study the surrounding space as closely as possible. You have to not only successfully overcome huge locations, but also fight enemies and bosses. Victories over monsters bring game money and cells for upgrading your character. Resources, as a rule, are not enough, but can offer you unlimited money mod. By installing the modified version, you don’t have to worry about losing game progress within one location. Therefore, it becomes much more interesting to play!

Based on our thorough review, we confirm that mod for unlimited money in Dead Cells works fine. By installing the game, you immediately get unlimited coins, so you can enjoy fully unlocked gameplay. Moreover, it’s safe for your device – we checked everything. Take advantage of unlimited money feature and instantly become invincible! 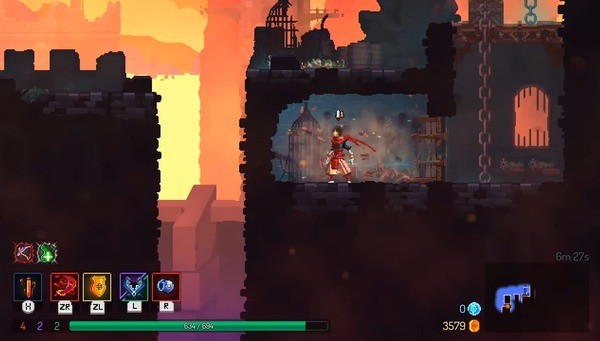 With all your riches, you can easily upgrade weapons to fight enemies with ease.  Each sword, bow or whip in Dead Cells has its own fighting style. However, some weapons are rather unbalanced. Something works great from the first level and something requires an immediate upgrade or a long training. In addition, some weapons are practically useless. However, it’s not bad – the developers have done a great job on the animations and physics of using weapons. It is equally pleasant to use the smallest bow and the huge war hammer.

Dead Cells is a platformer for tough players who, if defeated, can start the same element of the game with a minimal set of skills. The game is fascinating, because the locations and enemies are different every time!

How to install Dead Cells Mod?

Don’t forget to delete the original version of Dead Cells before installing our modified version to prevent errors during installation process.