Dead Effect 2 is second part of the famous game, which takes place on a spaceship. Train and evolve your hero, collect and upgrade numerous weapons, equipment and body implants to regain control of the ship captured by monsters. Your main character will have a difficult path, as you need to visit a spaceship, teeming with monsters you have to cope. At the same time, stunning graphics may amaze your imagination, because developers created the effect of presence and everything looks very real and ominous. Just add a powerful arsenal of weapons, huge number of missions and understand why gamers were waiting for sequel release. Even if the first part passed you by, then you can download Dead Effect 2 and enjoy its gameplay. We also recommend Mighty DOOM and Annelids: Online Battle.

Dead Effect 2 was released a long time ago, but the project is still very popular among gamers from all over the world. Now, the game can boast of 5 million downloads on Play Market and high average score of 4.3 points.

We can characterize appearance of Dead Effect 2 quite unambiguously. Enjoy almost console lighting, smoke, blood and zombies scattering for parts. Spectacular action: bullets fly, grenades detonate, someone’s guts stick to the wall. On the other hand, all graphic sophistication is possible due to rather small locations and general monotony. There is a feeling that you are traveling through a giant warehouse from one room to another. Technically, project features a good picture, but terribly poor details. It is not surprising, because it would be simply impossible to achieve such graphics on Android in other case. 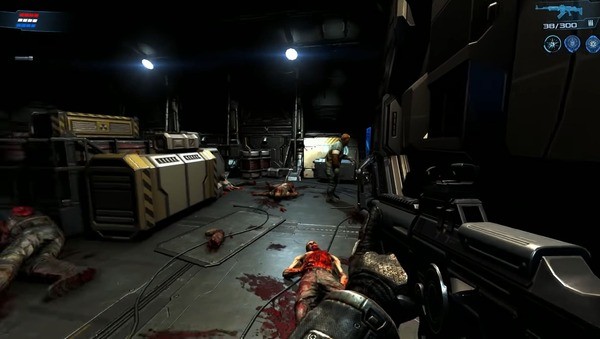 There is no shot button in Dead Effect 2. The developers decided to simplify this moment. Therefore, you just need to point your weapon at the enemy to shoot. As a result, it turns out that the character is very cool and shoots like a professional sniper. In addition, he has a number of features. For example, you can easily scatter a crowd of monsters on the sides. Your ward also knows how to slow down time, throw electric projectiles and freeze enemies. However, do not rejoice ahead of time: these skills will not be available immediately. Unlock all skills as you progress through the game.

We should say few words about monsters. They are also different in Dead Effect 2. There are slow ones, there are very fast ones and there are such monsters that you cannot even name a zombie. It is just some kind of incomprehensible creature. Incomprehensible, but very dangerous. Robots and the military also oppose the hero. Therefore, get ready for a hot battle, especially since each enemy requires special tactics. Keep in mind that it is possible to destroy a robot with one type of weapon, while a completely different strategy is required against zombies. By the way, application contains more than forty types of weapons. 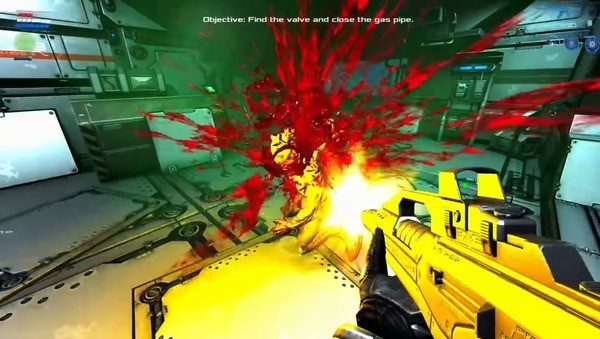 Upgrade your hero with new implants

At the very beginning of Dead Effect 2, you have to choose one of three heroes: Gunnar, Jane or Kay. Each of them has its own history, and each of them is supposed to have advantages and disadvantages. After a short tutorial, you begin your spaceship journey. In addition to weapons and skills, your character can update his body by adding various implants to it. Each implant gives the hero a bonus. In total, there are more than a hundred of them, so by end of the story your hero may become half a robot.

We have already mentioned the great graphics of Dead Effect 2 separately. It is worth adding no less high-quality soundtrack. Professionals voiced all characters. In addition, the atmospheric soundtrack only adds an inimitable atmosphere to the project.

By completing missions, you earn coins. You need them to improve your weapons or acquire something new. If you do not want to wait until you have accumulated the required amount of game money to buy equipment, you can use our unlimited money mod.

It all starts with the fact that main character wakes up in medical block and realizes that while he was there, something terrible happened. Then you have to figure out how the station has changed. It is better to do it with a weapon in your hands. After all, now various monsters roam the premises, which are ready to tear you apart. You have to be careful, shoot accurately and just fight for your existence to survive.

Next, you will see a woman named Danet, who reports that something went wrong in the experiment, and now monsters are walking around the station. Now you have a task – ger rid the ship of monsters, as well as to find doctor and engineer in order to have a chance of salvation.

From that moment on, you have to carry out various missions. Get tasks from artificial intelligence, represented by a stunning design in Dead Effect 2. In general, the developers have thought through everything to the smallest detail. You will see how the universe changes behind the window. Various holograms are waiting for you. Not to mention your main enemies – zombies.

There are two types of missions. These are plot and side. Still, the task in both is the same: destroy monsters and clear territories from them. True, sometimes you need to find some items and, of course, stay alive. 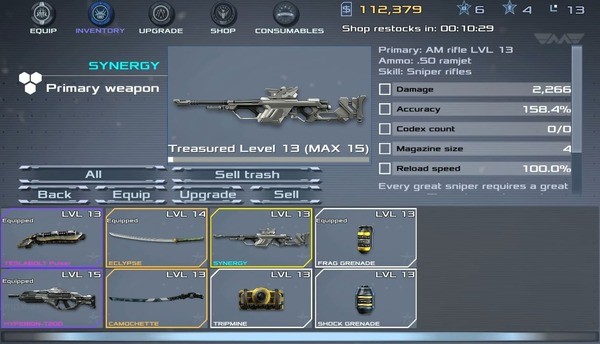 In addition, Dead Effect 2 has a whole bunch of different enemies, several hundred items for your inventory, ability to upgrade equipment, as well as insert new implants into the body of protagonist. However, that is not all, as each level ends with a boss. Do we need to tell that all the bosses here are unique?

In general, it should become clear that we face not with ordinary clone that can make you bored after few hours of playing, but a real blockbuster. However, it has own drawbacks. Firstly, the game definitely requires connection to the Internet. Secondly, Dead Effect 2 is quite demanding in terms of phone resources and will not run on every device.

Otherwise, you have the opportunity to choose between three classes of characters, more than a hundred implants, more than twenty hours of basic gameplay and about ten hours of additional gameplay, excellent graphics, great sounds and wonderful storyline. In this case, it is not just a game in the style of “kill them all”, but a real story-driven shooter, albeit a linear one.

Dead Effect 2 is a realistic game that, although not very original, can please players with abundance of weapons and upgrading system. This project is definitely worth checking out. We definitely recommend.