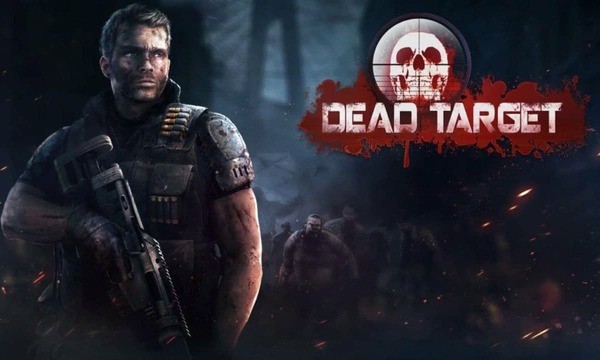 DEAD TARGET is a zombie shooter from VNG GAME STUDIOS. 2040 year became the beginning of zombie apocalypse. The entire planet is infected, there are almost no survivors left and only you can clean up the city. You are one of a sniper quad sent to the very hell to save humanity. Do everything to destroy all the zombies without becoming one of them. Aim clearly and shoot without remorse, you only have one chance! Wave after wave, zombies attack civilians without stopping. The dead can invade your territory at any time, so be always on the lookout! There are many types of zombies, each of which can be more dangerous than the last. Use 20 types of weapons at your disposal to help you in this war. Please also check out other zombie games like Zombie Tsunami and Zombie Gunship Survival.

Read on find out all the details of this project.

In the initial stages of DEAD TARGET, the player has one weapon – HK MP5. It becomes available for a certain cost. In addition to purchasing, it is possible to upgrade any weapon. All transformations are also available for in-game currency, so it’s worth not missing quests and tasks. It must be borne in mind that in addition to weapons, players have ammo that runs out very quickly. Other weapons such as the magnum, shotgun, minigun, AK-47 and sniper rifle become available to you over time. In total, the game has 20 types of weapons. 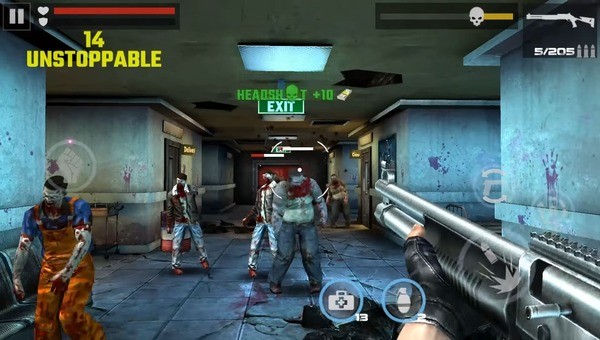 Immerse yourself in a captivating plot

DEAD TARGET starts with the fact that the third world war had come. No one planned to ruin the world, but anyway power redistribution resulted in an armed conflict. The Secretary of Defense approached CS scientists and placed an order. Turn inmates serving sentences in prisons into real killing machines. Unquestioningly obeying, knowing no mercy or fear. The laboratory carried out the order, but realizing that scientists had taken possession of a new generation of weapons, they began to blackmail the government. Not getting what they wanted, scientists simply released a virus that turns people into zombies into the city, infecting all its inhabitants. Now it’s your turn to go out on the warpath to clear the city of evil spirits.

At the very beginning of DEAD TARGET, you find a trial mission to deal the controls. After the end of this mission, you return to the base and get a reward for completing the task. In this recreation area, you can upgrade your skills, as well as visit a truly chic weapons store. After purchasing weapons and ammo, you can start numerous missions to clean up the infected city. Visit shopping malls, amusement parks, construction sites, subway, hotel, gym and many other once crowded places. Now all these areas are literally teeming with bloodthirsty zombies, and your task is to destroy them all to one and stay alive. Complete daily tasks and numerous quests, take part in game events and get valuable bonuses. Moreover, you can see your nickname in global rankings that is more than a pleasant motivation to fight with triple strength. 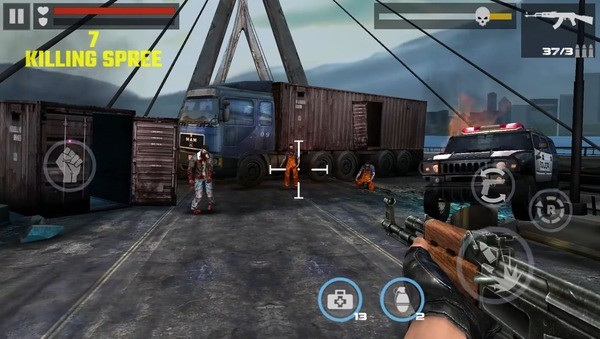 The graphic component in DEAD TARGET has a decent level, although the picture isn’t gorgeous. Nevertheless, the game still can satisfy the needs of most players with well-drawn characters diverse monsters. The constant exclamations of attacking and dying creatures, eerie soundtrack and playing in the evening or at night can frighten even fearless gamer.

We offer you to download the game with unlimited supply of gold. Buy and upgrade your weapons completely free with a mod for unlimited money!

We have checked the functionality of DEAD TARGET and its mod on our android devices. After installing and launching the game, you can see almost unlimited money balance on your in-game account. You can use all these riches at your discretion. The game hasn’t multiplayer mode, so the user should not worry about getting a ban. Enjoy the unlocked gameplay and destroy enemies with handy money feature that we offer you to download.

The entire map of DEAD TARGET includes several sections. Gamers have to visit each location to complete all the tests. Before the start of each challenge, you can see the reward for completing it, as well as the recommended weapon. If your machine gun is weaker, then it is worth saving up money and returning to this task later with a new gun. 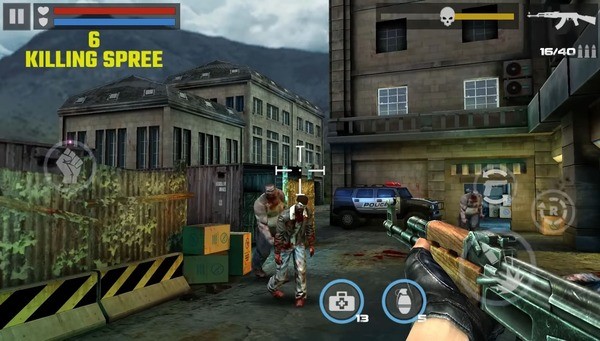 You have to complete certain tasks to increase your rank in DEAD TARGET. For example, kill a thousand zombies, hit a zombie head five thousand times, improve armor, use a first aid kit and more. By the way, you can take two types of guns with you during the battle.

The controls in DEAD TARGET are standard for this kind of games. The camera joystick is on the left side of the screen. You can find buttons for shooting, changing weapons and reloading on the right. There is no joystick for moving the character: most often, he stands still, and if necessary, he runs in the right direction.

DEAD TARGET is a fun action game about zombies. Participate in interesting missions, improve weapons, and climb the career ladder to acquire a prestigious title. It is a great option for a few evenings.

How to install DEAD TARGET Mod?

Don’t forget to delete the original version of DEAD TARGET before installing our modified version to prevent errors during installation process.