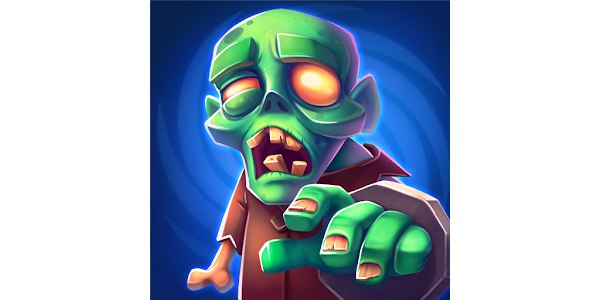 Dead Wars: Zombie Games is a casual game from the well-known studio CASUAL AZUR GAMES. This game can boast of an exciting gameplay. This time you will try on the role of a talented and brave commander. Your army will have a huge number of different cards. Use your units and spells wisely, so your opponents cannot beat you. The main task of the user is to destroy the opponent’s base, but it will not be easy, because many units will protect it. Combine different characters, get stronger ones and go on the attack. Do not forget about the most powerful spells that can crush everyone in their path. If you like casual projects, then download also Planet Smash and The Godfather: City Wars.

Dead Wars: Zombie Games is in great demand among players, but if you want to know more about the application, then read our review.

Fight with other players

There are several interesting modes in the game. In ranking, each player chooses his deck and starts fighting for crowns against real opponents. 2v2 battles are almost the same as the first mode, except that you will not lose rating points if you lose. The last mode is clan battles, where you can try several new formats, earn additional gold, and at the end of the season get a clan chest with pleasant prizes in the form of crystals, coins and missing cards. Of course, you can play offline against a computer opponent, but it is not as interesting as online.

The gameplay of Dead Wars: Zombie Games is very simple: look at the amount of mana and put cards that correspond to it. While you do not need to throw out all the cards in a row, you need to come up with a unique tactic and try to follow it.

To win, you must destroy a large number of enemy castles, or try to do it with all of them, guaranteeing yourself a 100 percent win. You can spend coins on upgrading your cards, increasing their level and, accordingly, their characteristics (amount of health, inflicted damage, movement speed). 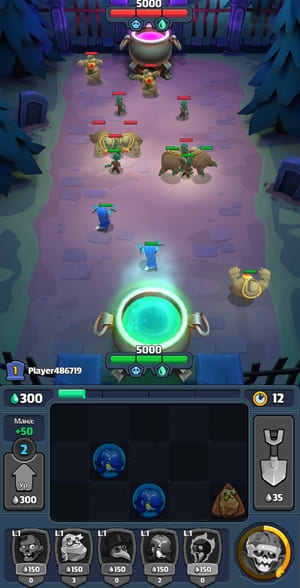 Combine and make the strongest monsters

A huge number of characters will be available to you: magicians, goblins, dragons, princes, knights and so on. The most important thing that distinguishes Dead Wars: Zombie Games from most similar projects is the presence of interesting fusion mechanics. Having demonstrated your tactical and strategic skills, you can easily get the most valuable awards.

Open new, more powerful cards before your potential rivals overtake you. Mix several identical characters and get the strongest hero. Use a special skill that will destroy several of your opponents at once.

The mod-menu that we offer you as Dead Wars Mod APK contains god mode, as well as the mode of automatic victory. 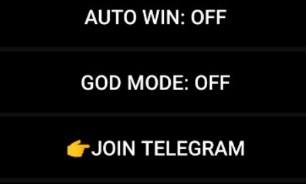 The goal of the game is to attack enemy units with the help of an assembled team of fighters, while making sure that the enemies do not kill you. At each level, the enemies have several opponents. They will not just watch what is happening and will actively storm the player’s position. The main thing is to prevent the complete destruction of its fortifications. Therefore, you should always be on the lookout.

The attack of enemy fortifications occurs with the help of enemies, as well as special skills. Each of them has its own useful functions: attacking enemy towers, creating new fighters, moving, producing elixir and casting magic spells. Cards can and do combine several tasks, for example, movement and attack.

There are three types of currency in the game: gold, crystals and elixir. The first type is universal, as you can earn it in battles and exchange for other resources. Crystals are a premium currency that players can get both for in-game achievements and for real money. Obtain elixir only with the help of cards of the same type or by competing in the arena. Each of them can help you in a certain situation.

If you are a fan of this genre, you should download Dead Wars: Zombie Games because of the beautiful graphics and unique game atmosphere. Many levels and options for passing will not leave you bored for a long time.