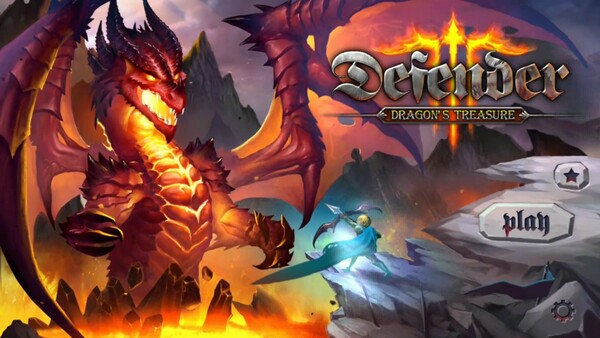 Defender III is the third part of a very popular arcade game, which gameplay focuses on advanced tower defense mechanics. You have to independently create and adjust weapons to ensure security, which has to hold back the onslaught of truly vicious and dangerous enemies. It will be extremely difficult to do this, because your rivals will do anything to get into your territories. Moreover, there will be various witches, werewolves, skeletons, and even huge and fire-breathing dragons among them, so it will be extremely difficult to deal with all of them. In total, you have to go through more than 500 of unique and interesting levels, with own difficulties, features and rivals. The towers are also changing, and there will be several dozen of them, so the choice depends only on your desires and the type of strategy. Also download This is the President.

To learn more about Defender III, it is best to read our review and draw your own conclusions. 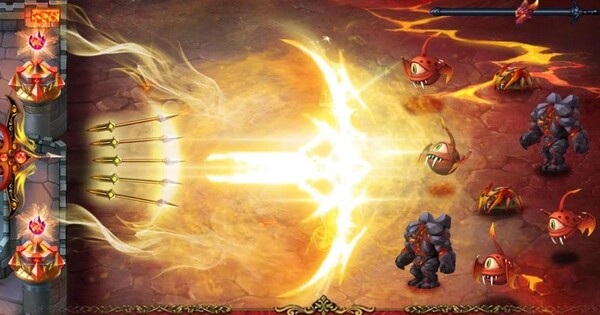 You have to fight long-forgotten enemies In Defender III that humanity has long forgotten and recorded them on the list of the defeated. However, evil has returned and it is ready to strike at our planet with renewed vigor. Face four dark bosses with their uncountable armies. Your weapons will be a number of cannon installations located at the battle site. Get ready to meet the fast and embittered enemy with a flurry of artillery shells. Get the opportunity to buy more powerful and effective weapons that will help emerge victorious from this war.

Artifacts and treasures that appeared here attracted the attention of various dangerous creatures. To organize defense, you can use towers of several types that you can install in specially prepared places – slots placed on the location. There will be only two slots at the beginning of the game. One is a ratchet that deals massive damage to the enemy, while the other is poison cannon that destroys them with poisons. More powerful towers will be available to you in the later stages of the game, but you will only be able to use three of the dozens.

Using the game menu, you will be able to use the ability to improve cards and upgrade heroes before each new battle. All of them take place on new battlefields, where different types of monsters will replace each other. Moving through the levels of this game and choosing different options for passing, you can completely transform the gameplay. Experience new experiences and adventures. Don’t forget to collect blue drops – a special in-game currency needed to level up soldiers and access new game features. 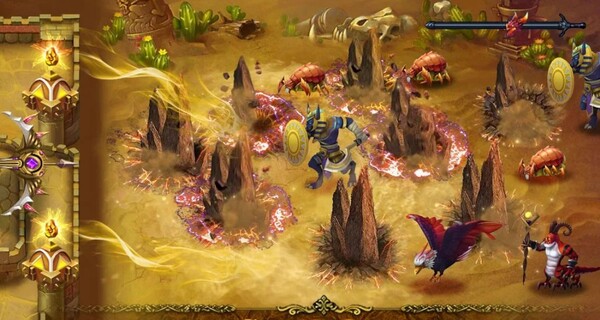 Defender III has a colorful and very well thought out graphic part with a highly detailed quality, as well as in a 2D world. The entire gameplay takes place with a side view, which allows you to control everything that happens and get many positive emotions.

We recommend downloading Defender III mod APK for unlimited money to be able to improve your towers even more.

Defender III is a story amazing in its beauty and eventfulness, the plot of which is familiar to every fan of heroic adventures. Glory and valor, courage, deeds in the name of love, willingness to sacrifice oneself for the sake of the triumph of higher values. This sublime entourage still awes romantics, even if the user does not belong to this number.

Anyway, dizzying events and impressive spectacle of this game will make him believe in a miracle. There are many wonderful things here: fighting the enemy with help of magic spells, developing the character and improving his abilities to gain immortality or winning despite the circumstances. You can plunge into a colorful world, where courage and valor are still the most powerful weapons, at any time. 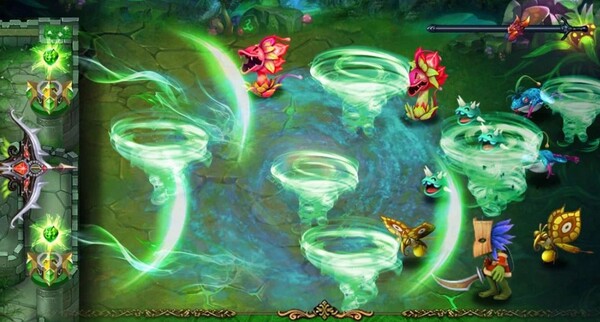 By installing Defender III Mod APK, fans of large-scale events will have permanent access to the world of magic and miracles, majestic castles and sinister dungeons, invincible warriors and terrible tyrants who sided with the dark forces. Assemble your army of the best heroes. Develop an effective strategy for victory. Fight against the numerous host of the enemy. Use hacking to expand your capabilities – each mission will require unsurpassed skill.

Defender III is a dynamic action game for Android in which you will defend your planet from alien invasion. Await attacks from all sides, so you must quickly spin and shoot enemies so that they do not fly to you.