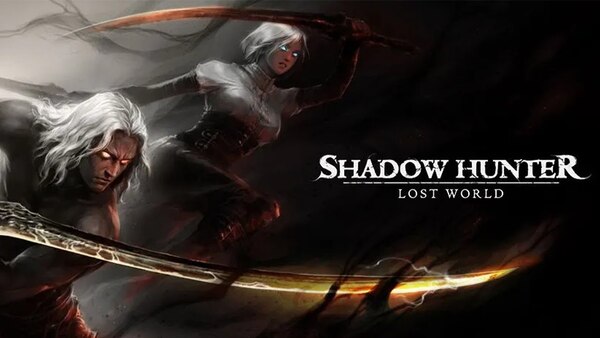 Demon Hunter: Shadow World is a fantastic action game that will take users to a world invaded and destroyed by demons. Try on the role of a dark guard who is destined to become the savior of this world. Get on the path of fighting all the wickedness that now rules this world. Immerse yourself in exciting fights against a wide variety of units, bosses and real users from all over the world. Try yourself in four game modes, as well as in PvP duels. Fight, dine and unlock new characters. Pump up their skills and buy various equipment along with weapons to become even stronger. Move forward in the story and defeat the next boss. Try to get to the very end in order to finally free this world from dark forces. Also, download Gunfire Hero: Shooting Archero and Ultimate Ninja Legend Super.

Demon Hunter: Shadow World has a very interesting single player campaign. If you get bored of battles with bots, then go to the PvP arena to test your strength against real users from all over the world. 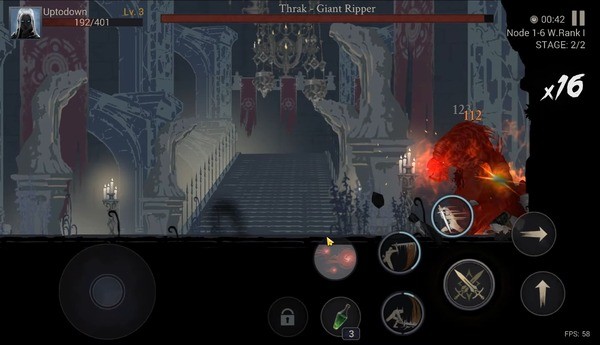 According to the plot of the game, the world was captured by numerous demons and unknown monsters. It turned it into a real hell. Ominous sounds of dark forces arise from all sides. The mysterious hunter managed to survive in this nightmare, which received a special power from the ancients to fight the dark forces. Now you have to return peace and prosperity to the mortal world. To do this, go explore the gloomy dungeons, where epic battles await you against numerous demons and deadly bosses.

Fight in gloomy locations with fervent music, where demons attack you from both sides, trying to kill you. The protagonist picks up a sharp blade and tries to resist the darkness alone. He runs through gloomy locations, jumps and attacks everyone who gets in his way, using a set of unique abilities.

The gameplay of Demon Hunter: Shadow World features the best traditions of slashers, a sea of ​​blood, spectacular tricks and bewitching combinations. Battles take place under perky soundtracks, enemies attack from both sides, trying to fill up the main character. The character is able to not only swing a sword, but also to roll, make jerks.

Soar into the sky and crush everyone on the ground with a sharp blow. Boss encounters take place in splendid isolation. There are no additional enemies and traps, but this does not mean that the battle will be easy. Each boss has a number of unique skills and abilities. You have to adapt to their attacks and memorize combinations.

Four PvE modes will be available to you in Demon Hunter: Shadow World. Campaign consists of many exciting levels, but you can also enjoy Boss Mode, Altar of Darkness and Test Tower. In addition, you can go to the arena to fight other players. Get access to three unique characters. Upgrade not only weapons, but also the character himself. At the disposal of the players will be several hundred pieces of equipment, unique weapons, rare artifacts and a well-thought-out system for pumping skills. Hundreds of weapons and equipment are available to you. Equip your heroes to make them stronger.

The visual part of Demon Hunter: Shadow World has a two-dimensional stylization that will delight you with the drawn content in combination with various effects that will complement each scene.

Shadow hunters, fighters of an elite, secret unit, with increased speed, reaction and perfect command of cold weapons, came to the surface of the earth to confront forces of evil, creatures of chaos, when they invaded the planet from the other world in order to enslave the population. Fight enemies, as at the end of each level the hero will meet an epic boss and only the right equipment upgrade. An ordinary blade turns into a legendary sword that will help defeat another huge monster. 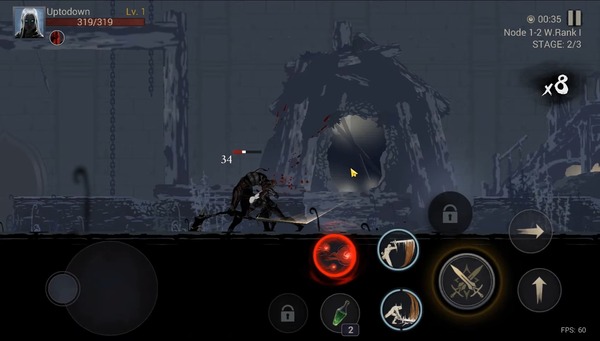 Gather the souls of the demons you kill to develop your hero and equipment and explore the high fortress by invading dark dungeons and getting to the very top of the magic tower. Choose a character with different skills and engage in a grand battle with the creatures of chaos who want to seize territories with numerous slaves for their own use. Demon Hunter: Shadow World features several modes, ability to play even offline, hundreds of weapons and items of equipment, as well as epic battles against bosses.

Demon Hunter: Shadow World is a quality slasher that has all the basic ingredients of a quality game. Here you will find dynamic gameplay, many enemies and other adventures.