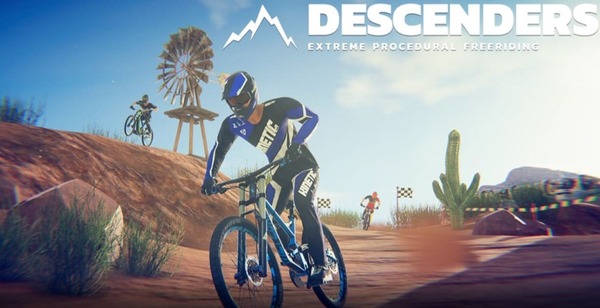 Descenders is a third-person bike arcade simulator. You have to ride a bike through procedurally generated levels. Various impassable places will be available to ride in the game. Many tricks from the game are very dangerous to perform in real life. Implemented advanced physics system allows you to perform incredible combo stunts. Choose the iron monster of your choice and go to the start of the competition to try to defeat your rivals and set new records. Also, download Riding Extreme 3D and Touchgrind BMX 2.

An incredible adventure awaits you with a lot of trials and obstacles. 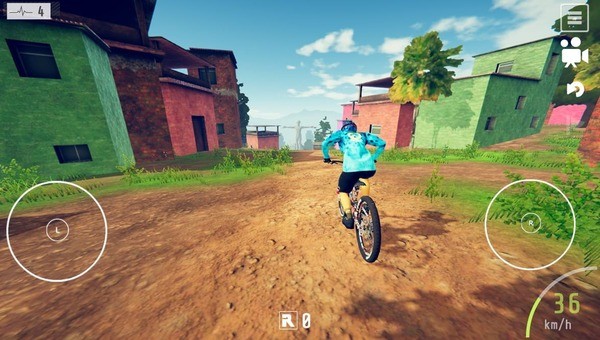 At the very beginning of Descenders, the player finds himself on a classic Off Road track at first glance, along which you need to drive along, performing various tricks along the way with your bike. However, there is a catch. It lies in the unique mechanics of building tracks. The trick is that you know not a single track in the game in advance, because it generates once again during the race. You never know what is around the corner, a steep train ramp that you have to jump over, or a steep slope that you have to go around on the grass, losing speed in the process.

You have the opportunity to act as you wish in Descenders: drive as fast as possible, do tricks or try to knock your opponents off the track. An excellent system of motion physics will please even the most demanding fans, and cool graphics will be a real feast for the eyes. Take part in the most difficult races and earn points for victories or feints. Win competitions and move up the standings.

All maps of Descenders are generated procedurally, which adds variety to the gameplay. You must not only reach the finish line first, but also show the maximum of interesting tricks. Use any trampolines to take off on your motorcycle in the air and make some successful flips. 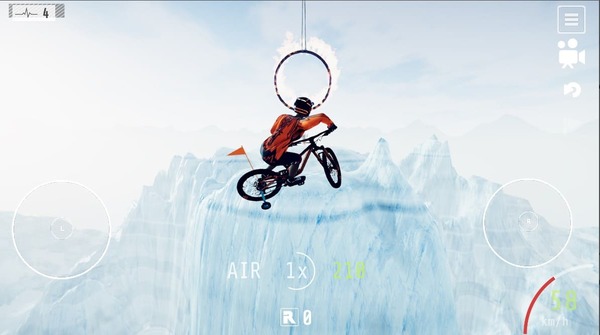 However, as soon as you land unsuccessfully after a particularly graceful pirouette, accidentally touch a roadside stone even at low speed, touch a tree or other object with the edge of the steering wheel, a severe punishment in the form of a fall immediately follows. Sometimes it can lead to just an unsuccessful, too sharp or steep turn. Taking into account that only four lives are available for each location out of a dozen tracks, you have to be careful.

Descenders has four different types of natural locations – plateau, forest, canyon and snowy highlands. Open them gradually by completing certain missions on the final tracks. Passage of each location includes several tracks that you can choose from the proposed ones. You can limit yourself to the basic set, just to reach the final, or grab a few third party ones. There is an additional bonus goal for performing a certain number of tricks or passing in a certain way, within the allotted time or with other conditions.

The reward is an extra life, as well as customization elements and modifiers for subsequent tracks. Even unsuccessful attempts or experience will bring award, affecting your rank increase. Each new achievement will add more and more virtuoso tricks, feints and items to change the appearance of the racer and his faithful companion. 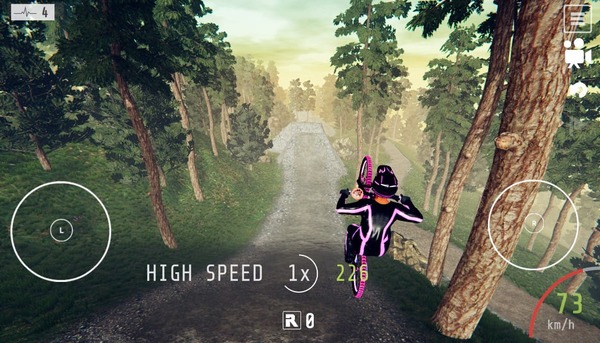 Now let’s talk about procedural generation. Indeed, each new Descenders track is something new, unlike the previous one. The location of jumps and obstacles, the general slope, the complexity and number of turns, weather conditions, bonus conditions – all this, even though it is made up of a certain number of prepared components, is mixed every time with renewed vigor. Even the placement of key points in large locations also obeys the law of random numbers.

Getting used to the passage of a certain route will not work for obvious reasons. You have to adapt to new conditions from time to time. A minute ago, you were racing along a relatively straight track with a minimum number of slopes and jumps in sunny weather. Now you are already on a track without a clearly laid road in the fog, looking for an arch with a finish line. Choose the type of location in the free ride mode. Adjust weather conditions and other numerous parameters based on the track.

The game is a true synonym for the word “unpredictable”, which Descenders without a doubt mesmerizes. Here you can get an extreme dose of adrenaline and primal drive, which games of this genre should give.