Dictators: No Peace will impress adherents of the strategy genre with turn-based gameplay and a wide range of options. Play the role of a cruel tyrant-dictator and rule harshly, prudently and without compromise. In order to conquer the whole world and conquer opponents, ravage their lands, steal resources, technology, livestock, people and knowledge. The project has several modes, including a campaign for one player, a free conquest mode and an online clash with a different number of participants. Start getting to know the world of the game and try to develop the power of the state. Each nation has its own characteristics that will certainly affect the course of the game. Construct buildings, develop cities, hire warriors with swords, spears, axes and maces. We also advise you to pay attention to TheoTown and Forest Island.

The game has over 5 million downloads, which speaks of the quality of the project.

The user of Dictators: No Peace can choose any of the states represented on the planet and start a war with everyone. Use harsh methods of government and political negotiations. Intimidate, steal, burn fields and villages, threaten, blackmail and slaughter entire nations. Explore different military abilities, build siege towers, catapults, ships and boats. Face up rival troops near castles, in an open field, in forests and mountains. Consider that the landscape affects the outcome of the battle or the behavior of one or another kind of troops. 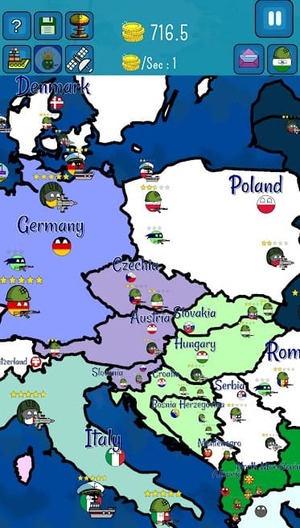 For each successfully completed Dictators: No Peace mission, the commander-in-chief get generous rewards. Spend these funds on modernizing the army. After all, the commander-in-chief will lead the assembled troops on dangerous military campaigns. The main goal of entertainment is to capture not only all the neighboring states. Desperate gamer must conquer the entire planet. This requires a lot of effort and be sure to stock up on a unique strategy that can lead to quick victories with minimal losses.

It is very important to prepare for war carefully before attacking a neighboring state in Dictators: No Peace. Globally, each country has three army units – the ground forces, the air force, and the navy. Not all countries have ships and planes. The ground forces include soldiers, ammunition, infantry weapons, armored vehicles, combat vehicles, artillery, missiles and tanks. The military air force is primarily fighters, missiles, bombers, helicopters, attack aircraft and pilots who must operate all this equipment. Well, the fleet includes aircraft carriers, battleships, submarines, patrol boats and powerful warships.

Each level of the army needs to be improved, and it costs gold coins. You get coins every second. To increase income, pump the economy of the state and seize new possessions.

Dictators: No Peace is an interesting strategy simulation game where the player has to create his own state and lead it to world domination. It is necessary to monitor many indicators – from social status and the amount of extracted resources to the number of your army, and reports from the front. You need to direct your strikes competently in order to subjugate large territories and quickly include them in your military potential. Fight with other dictators who also seek to conquer the whole world, including you. Manage to resist their enormous strength, smash them one by one, or force them to squabble among themselves. Do everything to take possession of the riches of this world and remain the only ruler of one single and very large country. 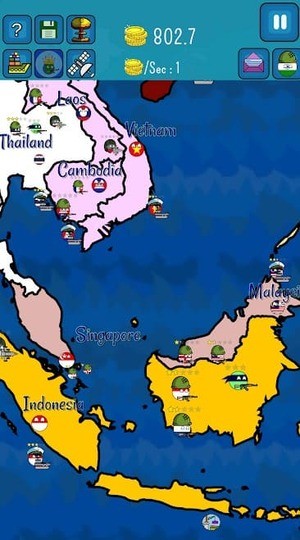 Dictators: No Peace has schematic graphics in the form of a world map. When you choose a certain country, you can see the military potential of your state, as well as its economic indicators.

Dictators: No Peace has many ads, but it is possible to solve this problem by purchasing the full version of the project. This is what we offer you to download. The project also has a mod menu that allows you to activate the increase in money when spending.

Dictators: No Peace is a fascinating simulator in which the player has to conquer the whole world and become the most ruthless dictator. Have you wanted to rule the world for a long time? Then this game is for you. Realize all your strategic plans to seize power in the whole world and enslave humanity. Although the game belongs to the genre of simulators, it is a real time strategy. Unlike their counterparts, users will not need to build a base. Just choose one of the countries. Develop your army to an unprecedented scale and take the whole world by force. Since there is only one goal in the game, then all methods (even if they are very cruel) will be good and practical. 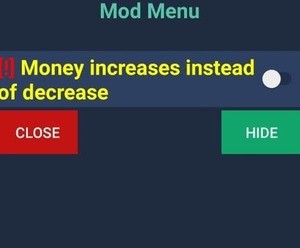 Choose your own path for conquering power. You can enter into alliances and then betray and seize, or you can simply attack another country and start a war. If you feel the power of your army, you can declare war overall world at once. In this case, other countries can unite against you. Since there is no pause in the game and all actions take place in real time, you need to follow the rest of the countries and control their position. Choose country wisely, since the larger the country and the better the economy in it, the more enemies it has. Immediately after choosing a country and hiring troops, the most interesting thing begins – the subjugation of the world! Use money mod to stop wasting time developing the army and building up military power. You can immediately start a war and enslave the whole world. Become the most ruthless ruler and dictate your own rules of the game!

Choose your favorite country in Dictators: No Peace and start reigning. Manage gold reserves, establish imports and exports, improve products, infrastructure, and do science and medicine. Become the best president for your country and the most famous tough dictator of all time.