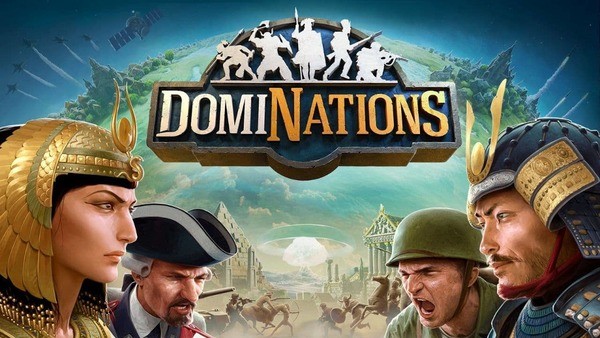 DomiNations from Big Huge Games is a massively multiplayer real-time strategy with elements of city-building simulator. The essence of the gameplay is to bring your capital into the information age, while protecting it from raids of other users. Take on the role of a leader of one of the eight great nations and lead it from Stone to Space Age! Build your state, provide it with resources, monitor the inhabitants, and do not forget about development. Improve your technologies and move from era to era. Defend your city with a variety of structures unique to each state and use various army troops in battles. Go out on campaigns to other players and capture their cities and territories with the help of your armies. We also recommend other great strategies for you, such as Boom Beach and The Battle of Polytopia.

Find out the main advantages of the presented project from our review.

Gameplay based on transitions by eras

DomiNations starts with building a camp. Initially, the player has only a few people in control. People need houses – build them from a pile of branches. However, cave dwellers do not need much. Having built a house, you can move it to the place you like. The more you have the more people your empire controls. Note that you cannot immediately build many houses. There are some limits by the era of development. By playing and developing, you get the opportunity to move to a new era. Appearance of buildings and people changes with this transition. Moreover, many additional opportunities open up. The epoch system gives DomiNations certain charm and sets it apart from other strategy games. 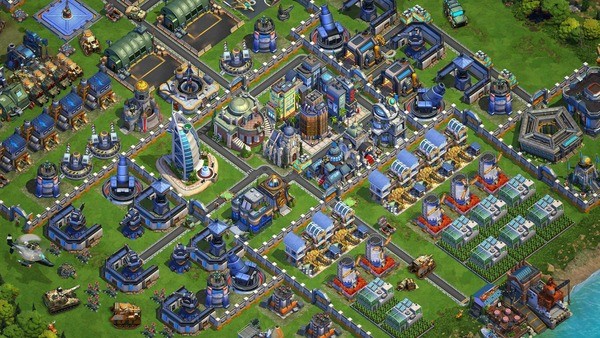 Having received a detachment of soldiers, you can attack the nearby camps of savages. Just go to a separate battle map and select the next point for attack. Each next one is more difficult than the previous one, but the reward grows too. Once on the battle map, you need to click those places where you want to release army units to send them in attack. Sometimes it makes sense to order all troops to attack a certain point – for example, a defense tower. There is a special button on the control panel. DomiNations limits the use of this function – it takes a minute to recharge.

After completing the battle with success, you receive a reward – gold, provisions and rare goods. Tip: use resources to recruit special types of soldiers in the mercenary camp at later stages of development. At the end of the battle, your fighters return to the camp, so you can send them again. The battles between armies of different eras look especially interesting. Sometimes even modern submachine gunners cannot withstand a huge number of horse archers. 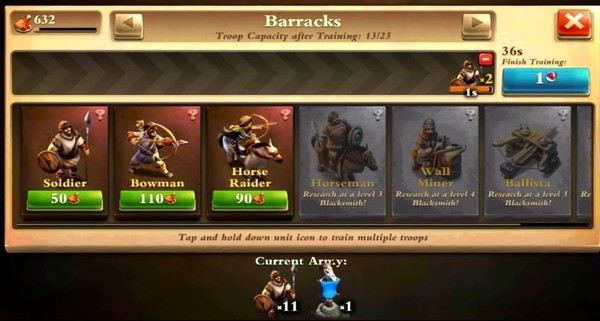 Another great thing about DomiNations is that you have the opportunity to meet famous historical figures. They act as advisors during the game. For example, you can visit the university and meet the great Leonardo da Vinci there by asking him for some tips. However, you can met such heroes only in a certain era, corresponding to the one in which they lived. In addition, you have a chance to improve your knowledge of history thanks, because there are eight great civilizations. Among them are Romans, Germans, Japanese, Greeks and others. Find out which territories they occupied at one time. You can also have a hand in history yourself, building majestic Egyptian pyramid or famous Colosseum.

DomiNations provides visually pleasing and undemanding graphics. In total, everything has a cartoonish design. All objects, including units and building correspond to their historical counterparts. We can say the same about sound, because each era has its own sound effects. Therefore, you can enjoy the sound of horse hooves as well as the roar of a modern car engine. 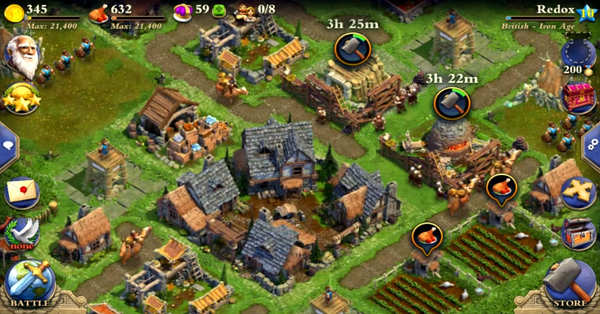 Our team offers you to download DomiNations with mod for free purchases, as well as for unlimited resources (food, gold and oil) Moreover, you can spend crowns with no limits. This special currency is usually available for donation.

Based on the test results, we confirm functionality of DomiNations. With its help, you can make free purchases for gold, food and oil. In addition, our mod unlocks all tasks and achievements making it completed, so you can get an additional reward. You also get an unlimited number of crowns, but only for the following actions: accelerating deforestation, library upgrading, improving troops and resources purchasing. Other actions can lead to a crash from the game. 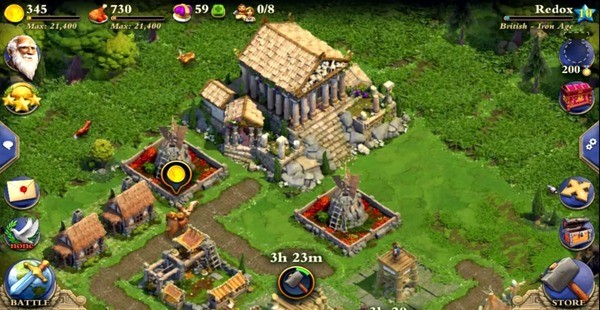 DomiNations is MMORTS with distinctive feature of transitioning through different eras. Each player starts on his own piece of land. First, you need to build production buildings and establish infrastructure. Once the center of your base reaches level 10, you can choose a nation. Each of them has its own unique units, characteristic for a certain stage of development and bonuses. The game features an interesting perspective-oriented gameplay. Lead the city, develop, equip and protect it. All this requires patience and perseverance.

The strategy is very simple in technical terms. There are only four types of resources in DomiNations: food, money, oil, and crowns. The first three you can get by production or war, while the fourth serves as a reward. In order to construct a building, select it from the list of buildings and then click on the screen. You cannot control the troops directly. The only option is to determine the deployment of individual units before the battle.

DomiNations is a fun strategy game with different eras. Playing the original version can be quite problematic due to the need for donation. However, the gameplay becomes much easier with our solution.

How to Install DomiNations Mod?

Delete the original version of DomiNations before installing our modified version to prevent errors during installation process.