Downhill Smash is a new project from the creators of Cut the Rope, which is available on Android. As intended, you drive a boulder car. It demolishes everything in its path, and if you equip a machine gun and a rocket launcher, then all zombies and buildings will be destroyed. The player’s progress depends on whether he can overtake the avalanche and whether he runs out of fuel. Even if you lose, you can watch the ad and start from the same place. Enjoy high-quality physics, excellent customization of the boulder machine, the fascinating world of the post-apocalypse, as well as fight with bosses. Also, don’t forget to download Police Sim 2022.

The game was released in December 2021, as the game’s ratings immediately reached almost the highest point, and over a hundred thousand users downloaded the app. 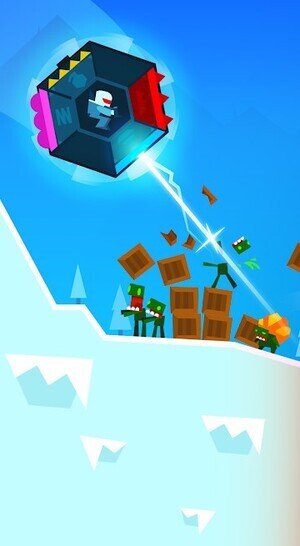 Destroy everything in your path!

Downhill Smash’s gameplay is about constantly moving forward. Break through various obstacles on your way. Shoot down all enemies and smash buildings to pieces, collecting gold coins, trying to move as far as possible to set another record. When they do stop you, the game will be over. You will go to your hideout, where you can repair your combat mechanism and install various improvements on it.

Accumulate coins that you can collect during the passage of locations and purchase various blocks to install on your boulder. These blocks not only act as weapons, but also serve as solid armor, providing additional protection for your character. By the way, Downhill Smash allows you to attach a blaster to a vehicle in order to inflict maximum damage on targets. All these improvements require for in-game currency, but this will be an incentive for the player.

Each vehicle has several basic characteristics, namely: fuel tank size, jump, engine power, damage and mass. Tweak each of them to achieve maximum effect. In addition, your equipment has several compartments for weapons, where you can install a machine gun, rocket launcher, chainsaw, blaster and much more. Create an invincible device to destroy all enemies!

Downhill Smash’s controls are simple and straightforward. Here you do not need to monitor the balance of your car while jumping and do your best not to roll over. After all, the hero will always be inside the shaft, which can save users from unnecessary worries. Just tap on the screen to roll forward or tap on another part of the screen to slow down or roll backward. That is, in fact, all management.

As in many games, here the user will also face big bosses. However, thanks to the variety of equipment and weapons of mass destruction, there is a chance to get rid of these villains very quickly. Each time in a new fight, the character develops his skills and discovers new abilities. There are boosters, amplifiers, retarders and other battle weapons, with which you have every chance to defeat the villains. Use different tactics for different opponents, and then luck will be on your side. Don’t let the leaders deceive you and do everything to win. 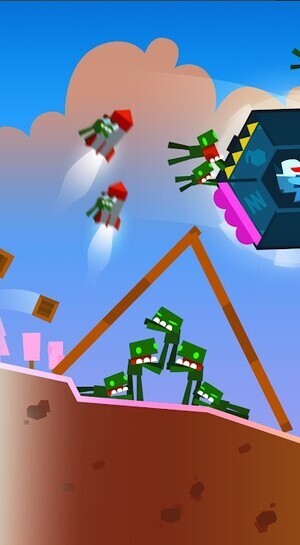 Downhill Smash has recognizable angular graphics. All the characters here seem to be square, but we still feel the hand of the artist who created this project. You can also enjoy funny sounds in the application.

To make you feel as comfortable as possible while playing, we suggest you download Downhill Smash mod. It will increase the amount of money in your in-game account, even when you spend it. It is also possible to purchase items without viewing ads. The mod removes all commercials from the application.

The legendary studio ZeptoLab gained its fame on the Play Market thanks to the Cut the Rope franchise. After nearly a dozen projects involving the voracious green beast, the developer decided it was time to move on. Thanks to this decision, a unique project was born, which is now in question. The studio’s past developments are available in every new project, which is already a certain quality guarantee. 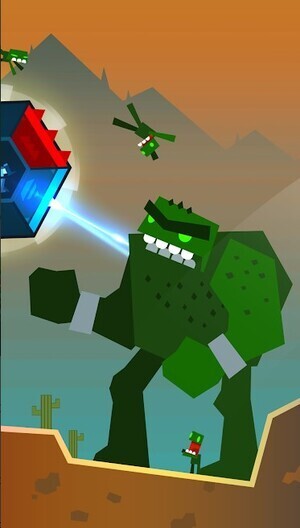 Get to know a powerful mechanism in Downhill Smash. Help it overcome all difficulties in the upcoming challenges, as well as complete many exciting tasks. Disassemble and assemble it every time to pump some parts, making it much stronger. Remember to upgrade your car constantly to increase its performance and improve the quality of its functions.

If you were looking for a simple arcade project that you could play anywhere, anytime, then we recommend downloading this amazing project. The game has no age restrictions, so anyone can enjoy it.