Dragon City is an amazing simulator that can completely immerse you in the world of dragons, magic and fire. Players have the opportunity to build their own city with live huge lizards instead of ordinary people. Take care of your pets, feed and raise them: from eggs to adults. Actually, it is your future army that can help you defeat other players. The game will appeal to all dragon lovers, because over a thousand unique individuals are waiting for them. By the way, if you prefer collecting games, you can also download My Singing Monsters and Teamfight Tactics.

The gameplay in Dragon City has many analogues with modern strategies that rely on MMORPG genre. Initially, you have access to a small city with several buildings and an altar where you can grow your dragons. Your task is to gradually increase the city, upgrade your level and create more lizards, as well as make improvements. In any case, you need resources for this, which you can get by completing tasks, fighting other players or receiving daily gifts. According to the plot, the game does not have an end. Therefore, you can develop your city and heroes to infinity. With each new level, new types of buildings open up for you, as well as exciting events. The faster you upgrade, the more interesting the gameplay becomes. 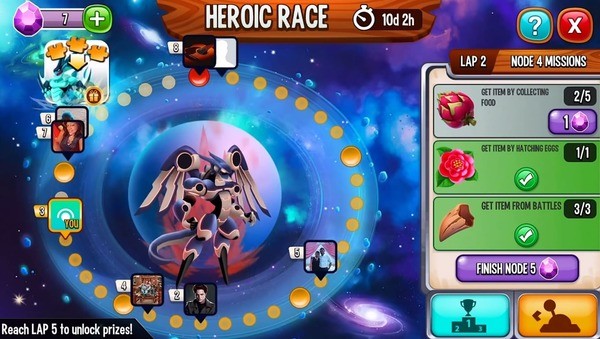 Check out hundreds of different dragons

Dragon City features a huge variety of dragons with own characteristics that can delight even adults. The game has more than 1000 different individuals to collect. Each character is unique. For example, Football Dragon – just loves to play football. Not without references to popular culture – Iron Dragon, which is an Easter egg for Tony Stark, a comic book superhero. All dragons are different and each has its own element. The level system allows you to upgrade the character completely. Breed and maintain the population. Combine different elements to get something extraordinary and invincible. Plunge headlong into a new brave world!

Dragon City allows you to create teams and recruit warriors to engage in combat with other players online. In battle, you have to rely only on yourself, because only you can choose the element for next attack. Competently draw up a strategy and plan for the battle. Do not forget about the presence of strong lizards with a high level in the team. Study the enemy thoroughly and focus attacks on his weak points. 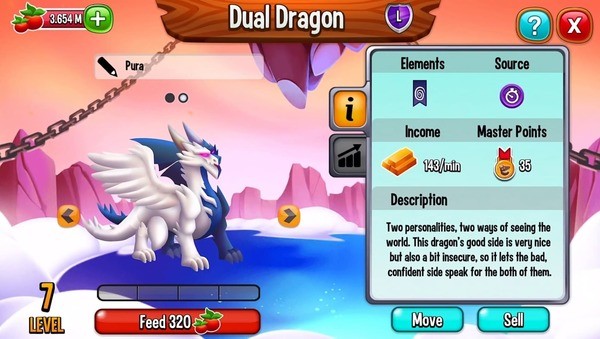 The game has excellent graphics, elaborate 3D models and smooth animation. All characters are perfectly drawn. Despite their large number, each of them has its own recognizable features. The sound in Dragon City is also of a high level. It is very high quality and clear and the dragons have different funny voices.

We bring to your attention Dragon City mod for unlimited money and gems. It can be useful to you during gameplay, because these resources are always in short supply. In turn, limited number of games and money greatly slows down city development and dragons’ appearance. However, now you can forget about these problems. 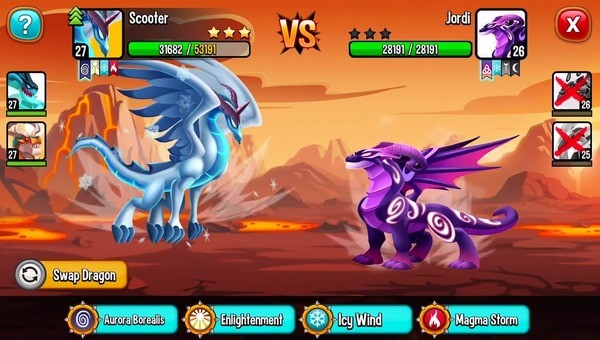 Based on our review of Dragon City and its mod, we can confirm that everything works fine and the above is completely true. After the first launch, you get an unlimited amount of money and gems into your in account. You don’t need to do any additional steps to get these resources. Follow our instructions to install the mod successfully.

You can buy various skins for them to make your dragons different from others. However, you can open skins when completing additional events. Dragon City dynamics relies heavily on the storyline, which includes hundreds of quests and various PVE tasks. Here you can really enjoy the company of your dragons. Having reached a certain level, you can unlock additional functions, as well as gain access to unique locations and events. However, the most important thing is that you have the opportunity to fight other participants in PVP arenas. 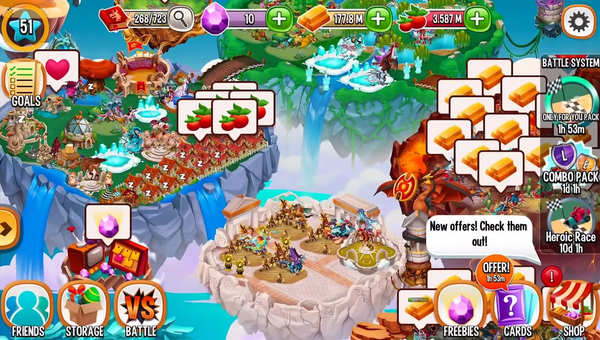 All winged creatures differ in class: fire, electricity, earth, water, etc. Some creatures have a lot of health, others have a powerful blow and still others masterly dodge any attacks. We should mention special class of legendary creatures with impeccable combat characteristics. Consider all these characteristics when starting a fight and choosing a dragon.

Dragon City combines the best traditions of strategy and action. Many amazing creatures, ability to grow hybrids and fight with players from all over the world made the game in demand. This is a rare app where the player has something to do in both PVE and PVP modes.

Don’t forget to delete the original version of Dragon City before installing our modified version to prevent errors during installation process.