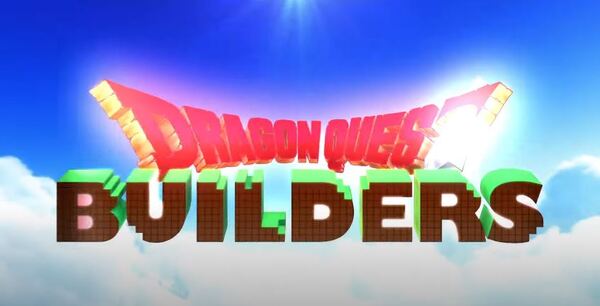 Dragon Quest: Builders – arcade sandbox with a third-person view in the open world. The developers offer you a wide range of activities, many tasks, a huge plot and many different opponents. Occasionally, you have to quit your favorite pastime and go on another quest that requires you to fight and kill. The plot of the game tells the sweet story of a simple boy Buildrick, who turned out to be the chosen one. He has a power of magical construction so he has to restore the world of Alefgard, defeating Dragon Lord along the way. Unlimited freedom of action awaits you, multiplied by the ability to create objects and build any structures from blocks. If you are interested in role-playing projects, then also download Power Rangers Morphin Legends and Dungeon Ward – rpg offline.

The developers tried to combine the best parts of the Japanese series with the advantages of another game – Minecraft. Did anything come of it? Read our review.

At the beginning of the adventure, the hero finds a base house – you need to put all your strength and soul into this dwelling. Initially, the character submits to either a girlfriend or a wife. She asks to build a house suitable for habitation, and then to install lighting and put together beds for rest and replenishment of health. The formula “from simple to complex” works properly in Dragon Quest: Builders.

At first, you build simple rooms and complete simple tasks, but then things get more complicated. The measured rhythm immerses you even deeper into the game, which is why the application begins to be as an interesting and non-committal adventure with construction and simple battles. As in Minecraft, it is better to return to the base and go to bed: wandering in the dark is dangerous. Moreover, the next day, everything is new: construction and rescue of local residents.

You cannot increase the hero level in Dragon Quest: Builders, not to say about amount of health. All the fruits of your labors come to your home location. They built a house – they got a little experience, they grew up to build majestic castles – here even more experience for you. The combat system is even simpler.

Monsters roam the game world. Seeing the hero, they will attack him and try to cripple him. To deal with enemies, you just need to swing your sword and dodge retaliatory attacks in time. Weapons, shields and clothing wear out over time, so be sure to keep an eye on your equipment.

Explore the world around you

Driving force behind the gameplay in Dragon Quest: Builders is not even the process of collecting raw materials and creating items, but the exploration of a vast world and finding new ways to use the finds, whether it be decorative elements, hero equipment or defensive structures.

The app is great for short game sessions without losing the understanding of what is happening. View current tasks both in the menu and from the NPC. Not to mention the fact that the places to complete some of the tasks are shown directly on the minimap.

The graphics feature a simple level that sometimes you even get the impression that the project had too little budget. In Minecraft, cubes, textures of the same type and other subtleties look organic – developers created the game originally in this style so every element looks appropriate there. In Dragon Quest: Builders, the situation is a little different, because the characters here are completely ordinary, without square heads and other quirks. However, the main thing here is still the gameplay, with which there are no such problems.

We suggest you download Dragon Quest: Builders mod, which allows you to unlock all paid DLCs in the application.

While Dragon Quest: Builders is an amazing blend of genres and traditions, it starts out remarkably traditional. Your hero wakes up in a cave. He doesn’t remember anything. Suddenly, he hears a voice that instructs him and tells him what happened. It turns out that you are the only person in the world who has retained the ability to create something. During the reign of the Dragonlord, only destruction was on people’s minds. Everything was so bad that the people completely forgot how to build something.

Many building elements are familiar to veterans of the famous game. We build houses by pixel, and various elements like doors or beds require certain resources. The game consists of four locations, each with its own tasks. Each has islands with unique resources and enemies. At the same time, it is required to rebuild the city from scratch in each new chapter. Residents settled in the rebuilt city. The more you care about the city, the happier they become. The residents themselves do not hesitate to load you with quests and drawings of rooms.

Like in Minecraft, the player has a health and strength bar. Both scales can be replenished with food. What’s completely different here is the camera: Dragon Quest: Builders is a third-person game. On the one hand, it helps a lot during numerous battles with enemies and bosses. On the other hand, it makes construction difficult.

Main merit of Dragon Quest: Builders is how the game mixes the sandbox genre and the classic RPG. The player always knows what to do and why. His actions have consequences and the world changes as he progresses. This is not a banal clone at all – this is something else.