Dragon Royale – In this game, you have to not only defend your own settlement, but also fight against other players in real time. In total, several modes have been prepared in the game, which differ only in that in PvP you need to fight against other players. In co-op, you need to join forces and fight the army of darkness. Moreover, an endless influx of enemy monsters awaits you in the second case. The longer you hold out, the more game currency you will get in the end. Connect the same classes of towers and get a reinforced version of the strongholds. Collect cups, open chests of various rarities, upgrade towers and get numerous new options. Show that your dragons are the strongest! We also recommend downloading Iron Marines Invasion and Idle Smartphone Factory Tycoon.

Read on to find out all the details about this project. 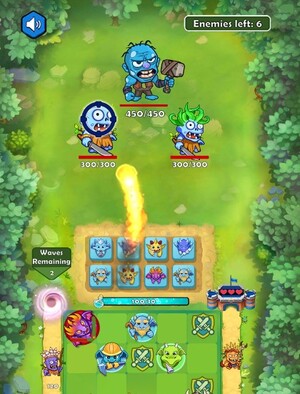 Line up the defense

Dragon Royale has a playing field, which is divided into two identical parts, and the bottom one will be reserved for you. Start the game with a short tutorial, learn all the features and controls to further crush your enemies and win. You cannot build defenses wherever you want. They appear in completely random cells of the playing field. A variety of dragons act as turrets, and you can add them to the field with the help of mana, which players accumulate by destroying mobs.

Dragons independently shoot at enemies, and the player can only monitor the emergence of new heroes and increase their parameters in a timely manner by combining units into new, stronger individuals. Once in the main menu, you can change the deck of cards and pump available characters, or open several chests to get the missing units.

In general, Dragon Royale turned out to be interesting, very colorful and action-packed. Create an invincible army and don’t let the enemies break through your defenses! Gather under your banner powerful wizards, accurate archers and brave warriors capable of coping with opponents of any level. 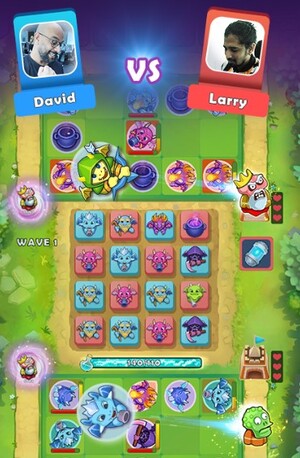 Dragon Royale offers you to take on the role of a professional strategist and enter into an epic confrontation with numerous opponents who are ready to do anything to destroy your base and get inside. Defend the towers by any means possible and don’t forget to keep an eye on the actions of the enemies, because they can do something truly unexpected at any moment.

At your disposal will be dragons with a variety of skills that will help you in completing tasks. Collect unique cards and try to defeat as many opponents as possible. From time to time, bosses will appear in your territories, making you sweat a lot and use all your resources.

We recommend you to download Dragon Royale mod APK, which allows you to increase the amount of money you spend. 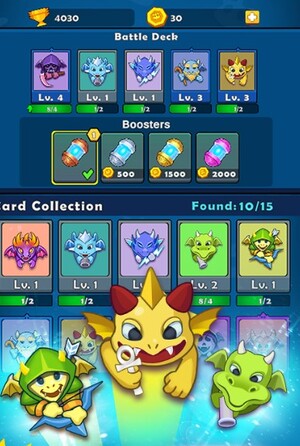 Your mission in Dragon Royale is to protect the castle tower. Your goal is to prevent the capture and destruction of your home. Enemies are the warriors of the dark horde and their leaders. Having gathered your army of brave dragons, you will take part in an unusual battle. You will have sets of playing cards with which you can crush enemies. All battles take place in real time.

Fight not only alone, but also make loyal allies. The same heroes as you, who have powerful armies and the desire to win. Together you will arrange large-scale multiplayer battles. Collect unique card combinations, find stronger characters, upgrade and upgrade your combat assistants. Merging cards allows you to create unique hero cards that will bring you great victories.

Dragon Royale is an exciting tower defense game. Take matters into your own hands and show friends and foes alike who the strongest player is.