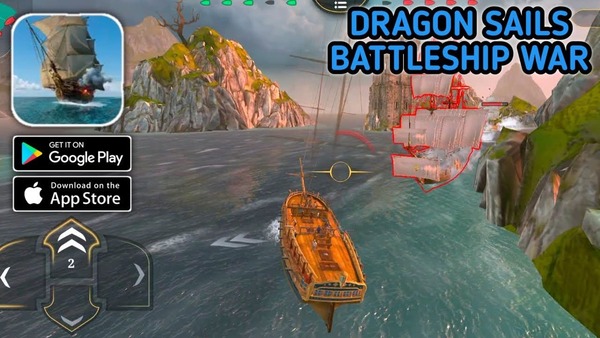 Dragon Sails: Battleship War is an exciting multiplayer ship simulator in which you will take part in sea battles against other real players. You have to become the captain of a military ship, on which you will take part in sea battles. Initially, only one ship will be available to you, on which you can take part in battles against other real players. Shoot at your opponents with cannons and board ships. To win the battle you need to destroy all enemy ships. For winning a battle, you will receive experience and in-game currency. Therefore, you can improve the weapons of your ship and customize it. If you like simulations, then also download Tropical Resort Story and Idle Mental Hospital Tycoon.

Read on to learn about all the features of the project. 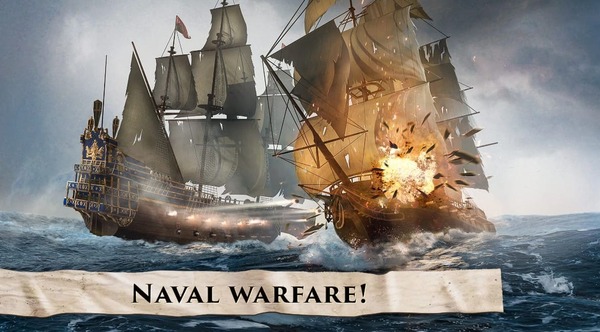 Dragon Sails: Battleship War is sure to interest fans of naval battles with a combination of several popular genres. Players can place several ships on the battlefield, depending on the size of the map and then start gambling confrontation with online or AI enemies. The camera can be zoomed in and out, rotated in different directions, as well as directly control various manipulations of any controlled vessel. Naturally, each ship has its own parameters and abilities.

Use unique weapons, which you need to take into account during the battle. Players will be able to show their admiralty abilities in online tournaments. Single battles on existing maps, independently choosing the arena, number and type of warships.

Various vessels are available at your service

You can choose a warship and try your hand at epic sea battles in Dragon Sails: Battleship War. There will be plenty to choose from, because the game features over 30 ship models based on real prototypes. Everything is done down to the smallest detail, including weapons. A light and maneuverable destroyer or a powerful cruiser armed to the teeth – choose what is closer to your heart.

However, remember that each ship has both its advantages and disadvantages. Start from this when you develop a plan of action for a fight. In order to send the enemy to the bottom, you can use a whole arsenal. You have to take care of protection, because enemy ships conduct massive shelling at your ship at the first opportunity.

At your disposal will also be a map that displays all the ships. All naval assets have both strengths and weaknesses. It is worth studying them in order to know in which part of the ship it is worth launching rockets in order to inflict as much damage as possible. By winning victories, the player receives experience points, as well as game currency. 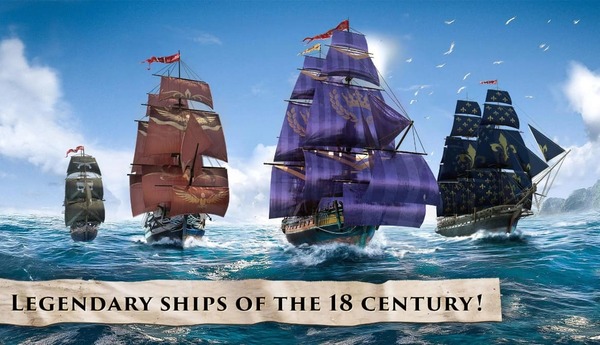 The higher the level, the more chances to open access to new ships. Between the battles of Dragon Sails: Battleship War. It is worth returning to the base, where you can buy new shells and accurate equipment. Increase the strength of the current ship or buy a new one.

We suggest you download Dragon Sails: Battleship War mod APK, which allows you to get an unlimited amount of money into your account.

Dragon Sails: Battleship War is an exciting and very realistic game where the player has to command a warship. The game invites everyone to take part in grandiose naval battles in all corners of the globe. Here is a very high quality three-dimensional graphics and a huge number of warships. The task for the players is simple and difficult at the same time. You need to destroy the enemy ships, using for this the entire arsenal available on board to win. Each class of ships has its own role on the battlefield. Crush any enemies rationally using the features and characteristics of ships. 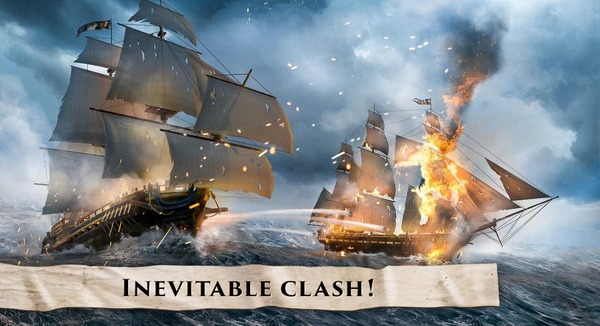 The good thing about Dragon Sails: Battleship War is that it’s all up to you, and there’s no place for luck in it, as there is in naval combat on paper. Develop your fleet, buy new guns and ships to become the most invincible!