Draw Castle War – protect your king and the inhabitants of the whole kingdom, use tactics and strategy, as well as your troops, build defenses and build an impregnable fortress. Build your defensive line to stop the attacks of enemies and protect your castle. This time your task is very difficult, you need to go a long way and save everyone from enemy troops. You will defend the castle on each task and it will not be easy to do this. Deploy units to prevent enemies from reaching the castle. There are a lot of them here and each of them has unique characteristics and features. Also, download Rush Arena – Tower Defense and Primitive Era.

Experienced developers make Draw Castle War, which allowed the application to receive rave reviews and an average rating of 4.5 points. 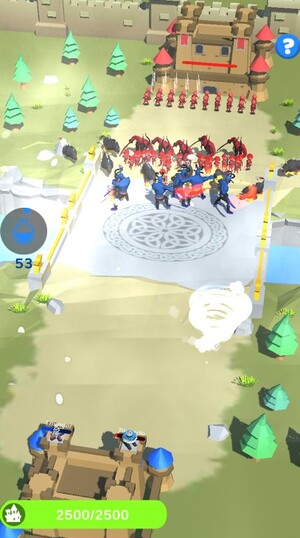 Use blocks with different functions to build a castle that is secure and hard for your opponent to destroy. Arrange towers, walls and parapets on which you can install elements of attacking weapons such as cannons, catapults, ballistas and much more. You can do this by simply swiping your finger across the screen. Do not forget about the diverse types of troops and then challenge living opponents, destroying it, a structure erected with such difficulty.

Send infantry into battle, let them destroy enemy barriers under the cover of a dense wall of arrows fired by trained people. Visit the weapons workshop after each victory, where experienced blacksmiths will upgrade your weapons, adding power, rate of fire and durability to barrels and cannonballs.

Think over the best strategy for the fight

The very mechanics of Draw Castle War has a classic style, where you put up protective barriers and use weapons: sword, bow, arrow, incendiary bomb and tornado. As the game progresses, you can change towers, depending on the type of enemies. 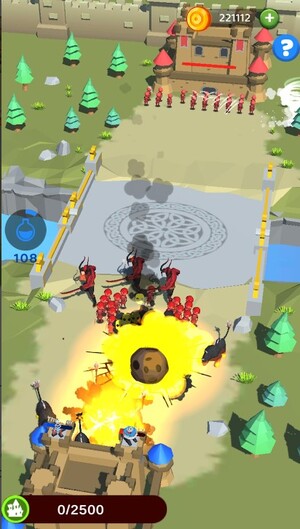 The enemy will attack from several directions at once, so don’t forget to keep an eye on your rear. In addition, you will have various amplifiers at your disposal and many units. Use your ingenuity and strategic thinking to correctly place your troops and inflict as much damage as possible on your opponents.

We can distinguish the main one can of Draw Castle War modes, – an attack on the bases. You will hire fighters and attack the enemy fortresses with the support of heroes. Victories in such battles bring experience, resources and rank points. The next mode is the arena.

Here you will put forward your strongest heroes and the battle will take place in wall-to-wall style. The winner, of course, gets all the laurels. Well, you have to repel the attack of the evil boss in the end. It will be much more difficult to do this, but you will succeed if you try. 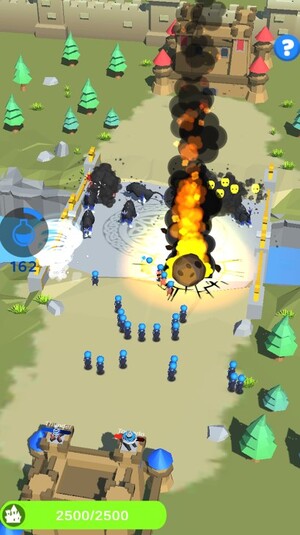 Be prepared for the fact that enemies will periodically attack your castle. This is the essence of the game. You will use various mines, traps, towers, explosives and much more for protection. The placement of defensive structures will require you to know the mechanics of the game. It is important to use our troops correctly, to use them wisely and not wastefully. In addition, do not forget about additional bonuses that will greatly help your army.

Draw Castle War is a game where you have to defend your castle. Enjoy many opportunities and types of troops.