Draw Hero 3D is a logic game from CASUAL AZUR GAMES. Here you have to deal with enemies and rescue hostages, using only your ingenuity. You need to draw an object at the designated spot on the screen to immediately materialize and destroy all the enemies standing below. However, it is possible only in case if you do everything right. You need to think carefully about how difficult to draw a figure so that it hooks all the bandits. Usually, you also have to activate some mechanism at the level with your weapon. At the same time, it is important not to kill the hostages. If you prefer puzzles then download Brain Test: Tricky Puzzles and Brain Test 2: Tricky Stories.

Read on and find out about the main features of the project.

All that is required from you in Draw Hero 3D is to draw a certain shape with finger in upper screen of the application. After that, this figure will appear and fall on your enemies. However, there is only one attempt, so you will have to repeat the level in case of failure. Just pass the level when only one opponent is against you. It is much more difficult if there are already many more enemies. If there are also hostages at the location, then you need to use all your intellectual potential in order to carry out operation in the best possible way. Draw different designs and see what happens. 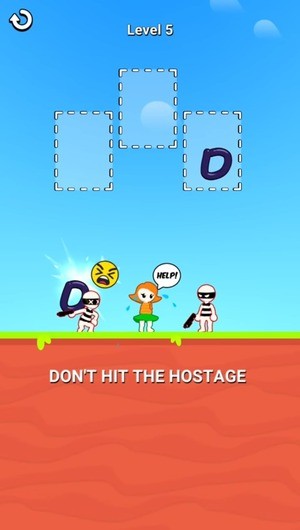 At first, you need to get acquainted with basic mechanics of Draw Hero 3D and the game itself tells what to do. Everything depends on you at later levels. At one of the locations, it is necessary to push two fireballs on the heads of terrorists. In order to do this, you need to draw a figure that will collide both objects at once with its ends. In another case, a group of zombies attacks a girl – you need to think carefully about how to save her. It happens that the task of destruction seems impossible. However, then you come across a box of TNT. It is enough to blow it up to scatter all enemies on the level to different angles. In a word, there are a great many ways to solve riddles. You just need to find a loophole to succeed.

Initially, the developers of Draw Hero 3D released a game with one hundred levels. This caused a flurry of indignation among players, so in March the studio added several dozen more levels to the project. Moreover, it is no the last update of the project. Globally, there are several types of levels. You need to clear terrorists directly, release hostages, fight against zombies and levels where it is necessary to set any mechanism in motion with a drawn figure. The further the player progresses through the story, the more difficult the tasks become. Although in general, they are not difficult. Project is intended to kill time rather than seriously strain the player, but this does not make it worse. 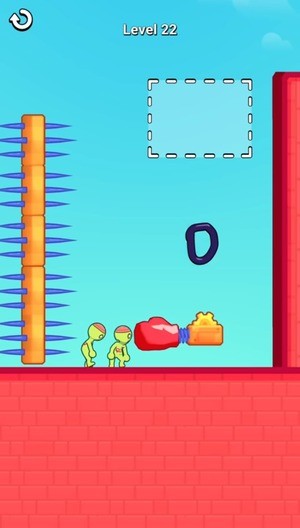 Draw Hero 3D features 3D graphics as well as an advanced physics model for object behavior. This creates the effect of immersion in the gameplay. There is an intuitive understanding of what shape you need to draw in order to go further. During the walkthrough, you can hear the music, similar to the soundtrack from spy movie and various sound effects.

Draw Hero 3D has a large number of advertisements, which annoys players and makes them genuinely indignant. Indeed, sometimes it is necessary to watch videos after almost every level. You can eliminate such an annoying drawback by using a mod that removes all ads. Now you can play without distractions.

Based on the results of our verification, we confirm the functionality of Draw Hero 3D mod. You will no longer see any ads after activating it. In order to activate the mod, you don’t need to do anything. Just need download and install the presented version of the application.

In one of the latest updates, the application developers have added skins as well. Therefore, your enemies will be not only zombies and bandits, but also completely different people and creatures. In-game controls can amaze with its simplicity. Swipe your finger across the display, coming up with another item to make the line immediately. Your art materializes when you take your finger off the screen. 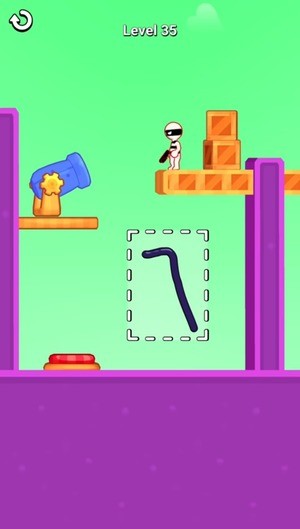 The project as a whole is not too complicated. Its main difficulty is that sometimes the buttons that launch weapons on a level are very far from each other. At the same time, the place for drawing a figure is strictly limited. In this case, you need to think about both the size of the object and its shape. Perhaps you need to make something round that can slide down the mountain. Alternatively, you should think about a bizarre shape that could touch several objects at once.

Draw Hero 3D is a puzzle and time killer mix that can please all categories of gamers. Try it yourself and you won’t regret it.