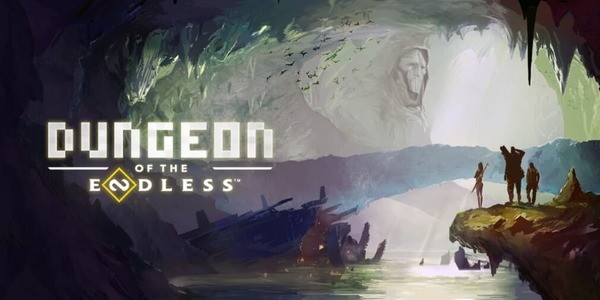 Adventure strategy games are among the most downloaded apps on Play Store. One such strategy is Dungeon of the Endless: Apogee from Playdigious. The game became popular not only because of its plot, but also because of unusual graphics and layout of locations. Find yourself with team of survivors on unknown planet far in the galaxy. Broken starship cannot allows you to fly away from this planet. Moreover, team of new arrivals is not the only living creatures on the planet. Play as only one hero of your crew, protect the generator and repair the broken starship as soon as possible, because this is the only way to get out. In addition, if you are interested in strategy genre, then welcome to The Burgle Cats and First Refuge: Z.

The game is available for all owners of Android platform. More than 1000 people have tried Dungeon of the Endless: Apogee and rated it 4.5 points. Interesting gameplay and unique graphics make the game more popular.

Main game location is the dungeon. It contains generator that you need to protect by a group of survivors on the planet. Top game advantage lies in an unimaginable number of rooms, each of which keeps its own secret. You can get into each of the rooms by opening the desired door. Sometimes it is possible to come across locked rooms. Most often, you can find in rooms different monsters that attack surviving crewmembers. The generator is located in the lowest room with only one door that lead to it. The task of newcomers is to protect it from clutches of insane monsters.

As we said earlier, the dungeon features a variety of rooms. There you can find a whole warehouse of materials for repairing the starship. Somewhere players may face with a number of angry monsters or treasure chests. They contain good equipment, resources for restoring health and repairing the ship. By defeating monsters, you collect experience necessary for the game and excellent items for the ship.

The generator, aka Crystal, is located in the lower dungeon room – ship cabin. By opening new rooms, player can face a serious problem: bright light of Crystal lures aliens from the planet who want to destroy the light in dungeon. Your main duty is to make every effort to save the Crystal.

All defeated monsters in Dungeon of the Endless: Apogee bring some kind of experience, which you can later exchange for unique skills. In addition to skills, it is also possible to upgrade equipment of the main characters: armor and weapons. However, we don’t recommend to waste received resources: repairing the spaceship is on the first place.

The planet is teeming with evil monsters who are not happy with the bright light of generator in a dark dungeon. Therefore, they want to destroy it at any cost, as well as all members of space expedition. You always have to be very careful: every opened door, may lead to a new attack of monsters.

Dungeon of the Endless: Apogee features atmospheric graphics similar to Terraria. The strategy adventure takes place in a dungeon, so most of the game is plunged into darkness. By opening new rooms, player find torches that illuminate the path. Despite the darkness, you can clearly see the acting characters. In addition, game colorfully depicts icons of characters who fight evil.

In terms of soundtrack, you can hear a pleasant, unobtrusive and mysterious melody. Opening doors, selecting cells and characters also has its own corresponding sound. All action that takes place in the game is accompanied by sounds of struggle and alien exclamations. If enemy attacks generator, you will hear an alarm that warns of danger.

Dungeon of the Endless: Apogee is available on Play Store for few dollars. Its quality is worth such a sum of money, but you don’t always want to give an impressive amount to play on Android device. That is why we provide you with opportunity to download it free.

In order to use free version of Dungeon of the Endless: Apogee, you just need to download and install the proposed mod on your smartphone. After that, you can enjoy the game completely free of charge. There is no need to do registrations. Just download and play!

Game starts with an interesting story of one crew that crashed on unexplored planet in unknown galaxy. Then plot transfers you to the compartment with Crystal, the ship’s generator. It is necessary to protect it with two heroes chosen by the player. Each of them has simple skills and abilities that can later be upgraded and improved. The crew has the simplest weapon and wish to escape from this planet.

The game has simple controls: by tapping the desired character and location spot, it is possible to move your hero. In addition, clicking on monster means fighting him. Controls focus on normal screen tapping.

Dungeon of the Endless: Apogee provides players with real adventures on unknown planet, fight against aliens and discovery of new secrets. All you need to do is to protect Crystal, which repair may ensure departure from the planet, teeming with monsters. Only having recruited a team of brave fighters, you can triumph in a difficult battle.

How to Install Dungeon of the Endless: Apogee Mod APK?

Don’t forget to delete original Dungeon of the Endless: Apogee before installing our modified version to prevent errors during installation process.