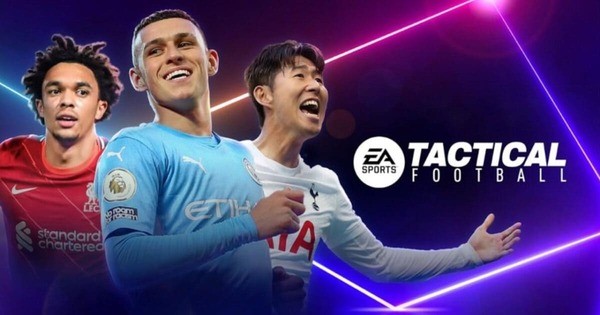 EA SPORTS Tactical Football is a football game where you have to collect football cards and make the right decisions to score goals and win. Play realistic football matches accompanied by special cinematic effects. As in any similar game, the main goal is to hit the opponent’s goal. For this, create powerful combinations of movements and activate a super blow that will leave your opponents no chance. Improve all members of your team to turn them into real pros. There are also customization options. You can change the uniform and edit the club roster to create a truly outstanding team. If you are into sports, you can also download Mini Basketball and Forest Golf Planner.

If you are interested in the details, then read our review.

Gather a team of the best players

You have to collect a huge collection of cards. The game has many cards of different players. EA SPORTS Tactical Football features daily quests that will earn you rewards that you can use to purchase card packs. Quality of sets has also improved noticeably and now rare cards have become a little easier to get. In order to get the legends you still have to try hard and take prizes in various leagues. Play with more than six hundred real players from the English Premier League, including world football superstars.

The gameplay of EA SPORTS Tactical Football is quite simple here. You follow the course of a football match, watching the schematic movement of football players across the field. However, the player moves directly to the field at a certain point in time, when there is a dangerous attack.

He must make a further decision. Most of the mechanics focus on pressing a particular button at a certain timing. For example, your attacker meets an opponent’s defender and you need to press the dash button to dribble around him. If everything is on time, your player will make a feint and bypass the opponent. If not, then the defender will have a chance to pick up the ball by pressing one button. At some moments, the camera can change the angle for a second and show this or that action in close-up.

Of course, playing with artificial intelligence is interesting, but still it quickly gets boring. Therefore, the developers of EA SPORTS Tactical Football have implemented many different modes that allow you to play with other users. Since the game is new, some of these modes are currently not fully functional.

However, you can already hold a ranked match or even assemble an entire league, where 20 teams will determine the strongest. Of course, there are also simple friendly fights. You can try out the composition and choose the best combination for success.

Graphic content of EA SPORTS Tactical Football looks rich. It will please all football fans with familiar images and style. It has a mixture of 2D and 3D graphics. Enjoy every match, rejoice in victories and analyze in case of defeats in order to work on weaknesses and not make such mistakes again.

Build a team in EA SPORTS Tactical Football, then take to the field and win. In the matter of completing the composition, packs will help you, from which you can get the best players. Start the match and watch your players, help them win. If there are defenders nearby who can interfere, you can circle them by pressing one button.

Further, if everything is correct, a screensaver will begin in which the goalkeeper will either effectively hit the ball or miss it. In cases where the blow is especially powerful, and the goalkeeper no longer has the strength, he can fly into the goal along with the ball.

The defensive mechanics are just as simple. To take the ball away, you need to press the button in time – and it does not matter which side the defender is on. Even if it were a tackle from behind, there would still be no violation of the rules. When one football player drives into the body of another with a hard shoulder blow, after which the opponent flies off several meters.

Career diluted with conversations with teammates and not only, where you can choose answers. There are no wrong ones, but some options affect the plot (launch additional scenes). How is it possible to interact with the characters? For special attacks and skills. The hero can borrow some useful hits. Buy player cards with in-game currency to expand your friends list.

If you love football and love to collect, then EA SPORTS Tactical Football is for you. Gather the best team and defeat all opponents.