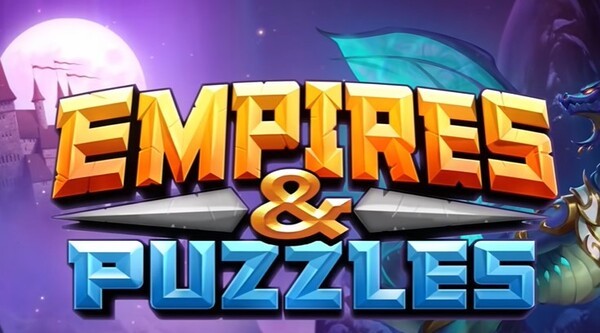 Empires & Puzzles is a mobile RPG puzzle game from Small Giant Games. At first glance, the project resembles a classic fantasy role-playing application with a team building, as well as turn-based battles. However, this is not entirely true. You need to collect, as well as upgrade your champions. Developers implemented the combat system according to the principle of match-3 puzzles. Make combinations of elements corresponding to the characters in order to hit the enemy. Pick up groups with the most effective combination of elements and add equipment to your heroes to improve effectiveness in battle. If you like puzzles and RPGs then we also recommend to download Ni No Kuni: Cross Worlds and The Witcher: Monster Slayer.

Empires & Puzzles may impress you with great graphics, interesting battle mechanics with match 3 puzzle rules, city planning and much more. All these features allowed the project to lead all kinds of tops on Google Play in record time. Now, the game has already more than 10 million downloads and its rating is 4.7 points, which indicates unconditional success and quality of the application.

Players have to deal with the development of the castle and nearby buildings for extraction of various resources and getting new recruits. In addition, epic battles are waiting for you, where you need to solve match-3 puzzles to defeat your opponent. You can fight in a story company with bots or over a network with other users. The third component of the gameplay is assembling a collection of the best heroes. 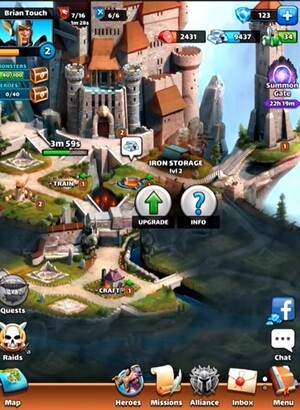 The project presents a huge variety of cards with heroes that differ in skills and abilities. A rather lengthy training can help you, which will acquaint you with all these subtleties.

As you develop your town, you have to construct various useful buildings in Empires & Puzzles. All buildings depend on the level of pumping of the main castle, as it opens up access to new buildings and levels of improvement. Build Training Camps that allow you to recruit new warriors. The forge building helps to create special boosters. Other buildings allow you to get food for warriors and other useful resources. Only by gradually developing, you will be able to reach the creation of your own fortress.

A huge number of levels

The story company mode in Empires & Puzzles features here many stages. Now, there are more than a hundred of them, but given the constant updates, its number is growing every time. Players receive great rewards by completing the campaign stage. The stage contains a number of levels where you have to fight bots. Your team of heroes, consisting of five representatives, fights various monsters by collecting match-3 elements. Depending on the color of collected crystals, your hero replenishes attack of the same color. As soon as you gain the required amount of mana for the hero, you can attack the opponent with the character’s superpowers.

Don’t forget to use boosters

There are special boosters that help you to facilitate the task of destroying the opposing team on the bottom panel of the game window. Various scrolls increase attack bar of your heroes, poison arrows that inflict heavy damage on opponents, various potions that restore health and much more. Create all these boosters in your town or win in battles. 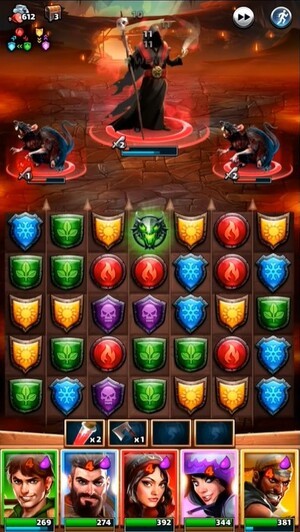 Not only single player, but also multiplayer mode is fascinating here. Entertaining PVP battles, arena, challenges and much more await you. Empires & Puzzles is a social game. It will be extremely problematic for a lone wolf to survive here, so you need to look for a place in some hospitable clan. There is a global chat, leaderboards and tournaments.

Despite the fact that the emphasis in the application is on solving puzzles, the game boasts colorful graphics and detailed animations. In addition, warlike music can tune you into battle.

Despite the presence of boosters and the various abilities of superheroes in Empires & Puzzles, the key point in each duel is the success of solving match-3 puzzles. If you fail to collect the necessary elements, you simply will have nothing to hit the enemy. The difficulty of battles grows with each level. That is why we suggest you download our mod, which allows you to enable god mode on the most difficult levels. You will be invulnerable against your enemies. Therefore, it becomes possible to defeat your opponent with almost one blow.

Champions in Empires & Puzzles take center stage. They represent the backbone of your squad. Rarity class, as well as factions divide heroes. For example, a character with ice element is extremely effective against his opponent who uses fire. Since each participant in the battle has a corresponding color frame, you definitely cannot go wrong. In addition to collecting your champions, you have a lot to fight. This is necessary both to improve the skills of the characters, and to upgrade available equipment. The latter, by the way, is often crucial when two real gamers collide. 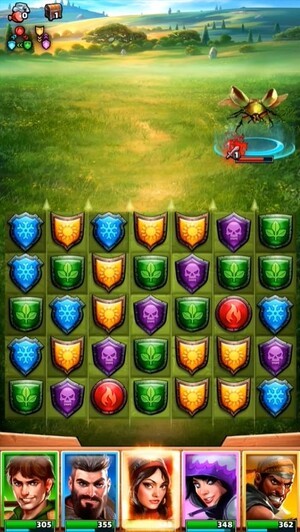 Empires & Puzzles has several modes of passage. First, we are talking about a story campaign. It is introductory run for a beginner before he goes into PvP mode. The gameplay focuses on mechanics that combine the features of RTS, RPG and puzzle. For example, you need to collect three identical elements in one line during battle. Collected combination will disappear and you will get the right to hit your opponent. The more tiles are in the line, the stronger the attack. If you managed to pick up the opposite element for a strike, then there is a high probability of ending the battle with one blow. All manipulations require using a touchscreen.

Mixing genres is a rather risky process, but those who succeed become at the head of various tops. Empires & Puzzles is a vivid of how captivating fantasy is combined with the simplest puzzle mechanics. If you feel you also want to try such a scheme, then be sure to download this project.