Eversoul is a fantasy role-playing game set in the world of Eden, where the player can recruit elves and lead them into battle. There are elements of base building and romance here as well, as you can deepen your connections with the heroines and form bonds. There are auto-battles and other mechanics that allow you to pump even offline. I addition to PvE and guilds, there will also be PvP with rating tables. Enjoy a plot with a choice of answers that affect its development. Not without trips to the dungeons, where you will fight with the bosses. If you love RPGs, you can also download Monster Knights.

Eversoul features a fascinating collection of characters, where players can collect the souls of different classes, such as humanoid, undead, beasts, fairies, angels and demons. Each faction has its own unique skills and combat animation, and form your optimal soul squad. Players can collect these souls and take advantage of their unique abilities and skill sets, as well as artifacts to help them turn the tide of battle during combat.

Immerse in the story in a more interactive way by developing in-game relationships as well as testing their skills in challenging dungeons. Competitive players can also fight in PvP mode.

Players can create and explore their own colorful city with a variety of buildings and decor, where they can freely roam and interact with their souls, complete missions day and night, or simply kill monsters. The developers also offer the mechanics of auto-battles and collecting resources during user inactivity. The game world is quite large, consisting of ten continents that players can gradually explore. In addition to the single player campaign, you have the opportunity to fight with other players, where you will receive good rewards for a victory.

You have to find yourself in a world that is under the threat of complete destruction, as it is full of powerful and bloodthirsty monsters. In order to fight back, heroes and gods from all over the planet gathered in one army, and you will need to lead them into battle. From the very beginning of Eversoul, you will be able to go through a small tutorial and fight the first opponents.

The battles here take place in automatic mode, where you only need to activate the ultimate abilities of the heroes when they are ready. Your fighters will be able to do on their own by activating a special mode. Before each battle, you need to prepare them by learning new abilities, leveling up, improving their equipment and placing them on the battlefield in the most profitable way.

Download Eversoul mod APK, which allows you to use unlocked feature.

You have to take on the role of the leader of a small team of heroes who will go to fight the Darkness and try to save the world. There are several unique and distinctive regions here, and each character comes from a particular region. You will find tough warriors who excel with melee weapons to withstand a lot of damage due to their armor, experienced assassins from unknown settlements, as well as people from a magic-soaked region who are able to flood entire armies with one movement of their hands. 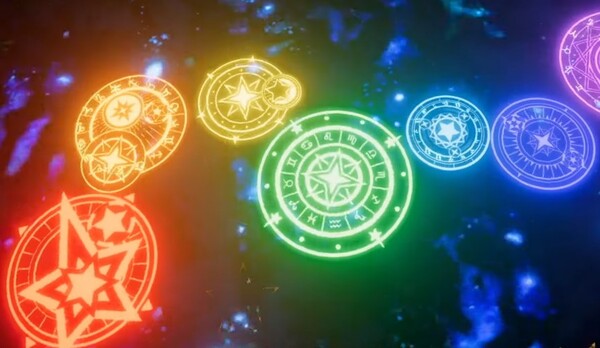 Upgrade weapons of heroes in Eversoul with special stones, artifacts or parts of defeated monsters. At the same time, increase individual characteristics: damage, likelihood of breakage or wear, magical effects. In addition to normal damage, the latest improvements can hit the enemy with elemental magic: lightning, cold or fire. This helps to bring down the attack of the enemy, as well as paralyze him for a limited time limit. Therefore, you can carry out another chain of combos to deal increased damage until the enemy cannot defend.

Eversoul is an addictive game with the ability to level up heroes. Capture souls and use them for their intended purpose.