Evertale from the developers of ZigZaGame Inc is a role-playing game made in Japanese style. Exciting adventures await you in a fantasy world inhabited with powerful monsters, which you can caught and train to use in battle on your side. Explore the colorful world of the mysterious Erden to rescue the inhabitants from the terrible threat called Pandemonium. Fight against evil forces and make sure there will never be evil on beautiful lands again. Unlock new locations, complete tasks, gain experience and pump your great heroes to carry out the main mission – to clear Erden from Pandemonium.

Your main task is to gather a team of loyal friends, and defeat all enemies with the help of rare and amazing monsters. Immerse yourself in exciting offline battles or go online to become the strongest fighters of Erden together with your friends, working as a team. Moreover, don’t forget about the guilds you can always create for an even more fun gameplay.

Evertale needs no introduction, but if you still have any doubts, we will dispel them by telling you more about the characteristics of this amazing game.

Train monsters and create your own unique team

Evertale features over 180 monsters to find throughout the game story on the huge map of Erden, consisting of six picturesque regions. In addition, you will meet great heroes who can always join your team, which allows you to diversify the gameplay greatly. All heroes and monsters have their own unique abilities and characteristics. Choose to your taste who to take in the team, create, combine, experiment and you will surely find your ideal tactics in order to make the most profitable use of your army. 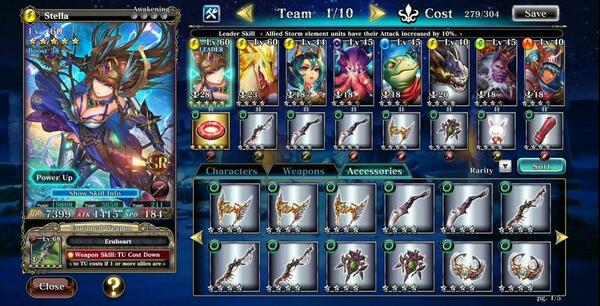 As you can imagine, Evertale is not limited to just finding monsters. Use a variety of legendary weapons, magic armor and powerful accessories to make your heroes even more effective. Explore the world, earn money and buy the best equipment for your characters.

If you are a fan of Heroes of Might and Magic series, then Evertale will surely grab you too, because of turn-based combat mechanics so reminiscent of the good old classics. Recruit four brave warriors and their pets to your team and go into battle. Use various game mechanics and strategies, because a successful buff or a poisoned enemy in time can decide the whole outcome of a bloody battle. 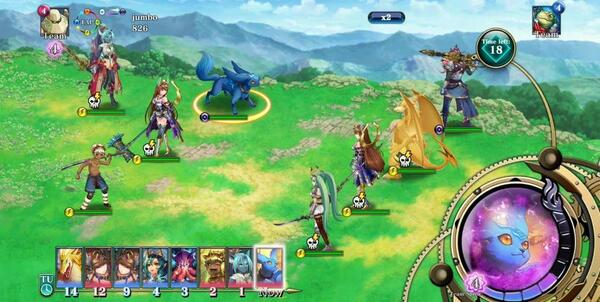 Numerous dialogues await you to reveal the Evertale plot. The game takes place in the fabulous lands of Erden, destroyed by Pandemonium’s evil that appears once every hundred years. Only the special warriors – the crusaders are able to cope with the darkness, but even they fell before its power. All Erden’s hope is on you. You need to enlist the support of loyal allies and find a way to end the ancient curse in order to cleanse the world of evil forever.

Enjoy online battles with your friends

For those who have completed the Evertale storyline, the game offers an exciting online mode where you can participate in epic real-time PvP battles with other players. Invite your friends to the game, create your own clans and enter the battle path. Participate in weekly events to gain access to exclusive items and new characters to add to your collection. Climb the rankings and work your way from the bottom to the elite leagues to fight only with the strongest opponents.

Evertale has nice cartoon graphics, all characters and monsters have their own unique appearance. At the same time, the graphic design in is not too demanding, so most users of Android devices will be able to enjoy the game. The soundtracks also have high level, which will allow you to plunge headlong into this interesting story.

It is a paid game, in order to download it from the Play Market you need to pay real money. However, you can download a modified game version and enjoy the adventure absolutely free. In addition, this mod also introduces additional features for the player, such as 100% capture, god mode and max team cost.

We have tested Evertale for you. Based on the results, we guarantee its correct operation. You need to download a modified version to take full advantage of its features. Just click on special icon in the middle of the screen and turn on features you need.

Important! The mod’s capabilities extend only to offline play.

One of the main game advantages is very interesting battles. Before the battle, you choose eight characters to control. At the same time, initially only four heroes go on the attack, but as they die, the next ones enter the arena. Weapons as well as equipment give additional characteristics to heroes.

Every character and weapon can evolve to change appearance and improve performance. However, you can’t upgrade accessories, as you can find them only during knocking out the enemy. Initially, only offline campaign is available, in order to play online, you need to go pass the game storyline.

Evertale is a great JRPG with colorful art and a huge variety of monsters and characters. If you love RPGs with a deep storyline, addictive gameplay and the ability to fight online, then you should definitely try this game from ZigZaGame Inc. Moreover, we can recommend one more interesting game in this genre – Stickman Revenge 4.

How to install Evertale Mod?

Don’t forget to delete the original version of Evertale before installing our modified version to prevent errors during installation process.