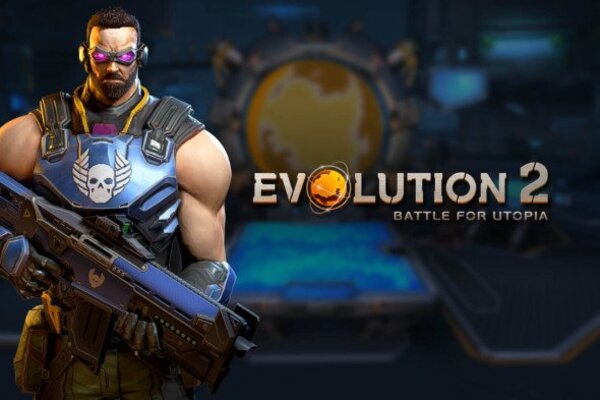 Evolution 2: Battle For Utopia is the long-awaited sequel to the third-person shooter, where you will once again fight dangerous monsters and learn more about this fantasy world from a different angle. Events are developing on a planet called Utopia, where merciless war between gangs, terrible monsters and machines controlled by AI takes place. Join the battle as Captain Blake, who has unique powers that he inherited from a dangerous experiment. There are several modes to choose from, including a PVE campaign for one person, a cooperative mission mode and online battles. The most successful players will not only receive good rewards, but will also be able to take first place in the ranking. In addition, you can shoot from fantastic weapons, fortify your base and enjoy dynamic battles with excellent 3D graphics. We also recommend Grand Mountain Adventure and Agar.io. 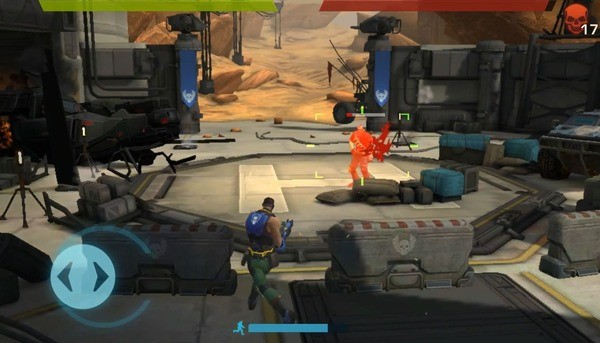 This time, all the actions of Evolution 2 take place on Utopia, which was a real paradise for billionaires a long time ago. Now this is a real hell, where all the bandits, evil militants, scary monsters and other creatures have gone, making this planet very dangerous to live in.

The main character is Captain Blake, who has psi-powers. He was unlucky to be on the planet Utopia, which turned from a paradise for billionaires into a desert full of mutants and marauders, deadly for ordinary people. Now the fighter, with the help of a partner, must find a way to get out of this hell.

Artificial intelligence or another player can take over the role of second hero. Participants have to cover each other and combine their abilities to fight off enemies.

Evolution 2: Battle for Utopia uses a system of asynchronous PvP matches. Players build and develop fortresses, recruit and train armies, and attack other people’s bases in order to get hold of resources and valuable property. Here you need to carry out successful sorties into the camp of the enemy, but also do not forget about protecting your fortifications. 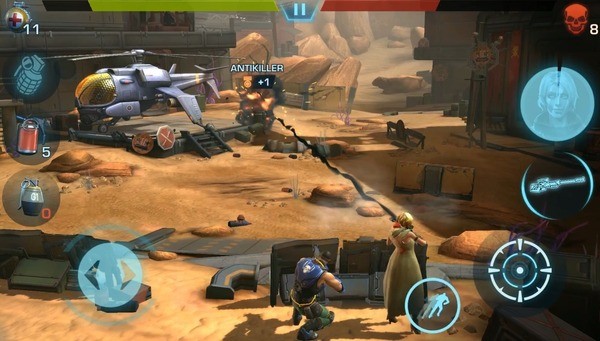 Players have a wide range of upgradable rifles, rocket launchers, shotguns and other weapons at their disposal. In addition, the game has auxiliary gadgets and combat superpowers that can give the fighters an advantage. The point damage system allows you to shoot at vulnerable parts of the enemy. All this may come in handy in the fight against three factions fighting for dominance over the planet and especially in battles with powerful bosses.

The graphics in Evolution 2: Battle For Utopia are incredibly high quality and well designed. You just need to enjoy everything that happens on the screen and gradually immerse yourself in the atmosphere of real post-apocalypse.

We bring to your attention Evolution 2 mod, which gives you access to the mod menu. You can turn on high damage feature for weapons.

To activate the mod, click on large left button in upper corner of the screen. Then move slider to the desired position and start the game. 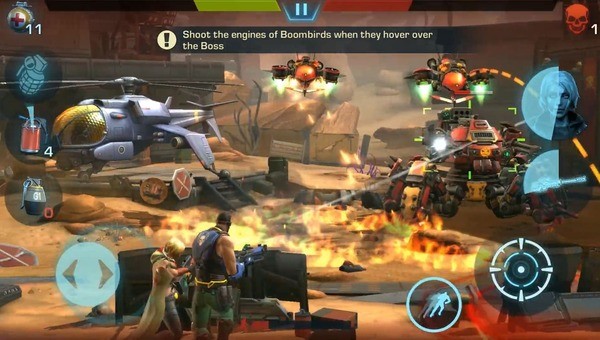 Players of Evolution 2: Battle For Utopia have to play the role of Blake, who received abilities never before seen by people in the course of a very dangerous experiment. Moreover, he can use them against enemies. However, you should be extremely careful, because now they are all up against you and are ready to kill you at any time, as soon as you get closer. Do not forget to complete various tasks, earn money and upgrade character abilities. Gradually clean up the planet from ill-wishers, making it more and more like the previous one. What could be better than immersing yourself in a quality shooter with the coolest guns in the world?

Become the one who can feel like the strongest and invincible on the battlefield. Here you will not just wander around and shoot at everyone you see. You can enjoy the storyline and the opportunity to ride on various vehicles and there are a lot of them!

Evolution 2: Battle For Utopia is a large-scale, beautiful and multifaceted project. Therefore, we strongly recommend it to all those who missed this game in previous years.