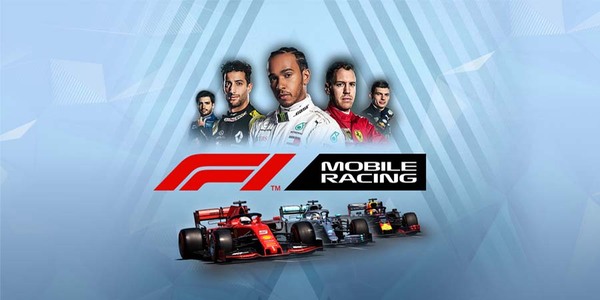 F1 Mobile Racing is an arcade racing game in you can compete in Formula 1 cars. Design your own unique car or become a member of one of ten teams to compete in high-speed multiplayer races. Get an opportunity to ride on each of the tracks, where nothing prevents you from challenging the greatest racers in the world such as Fernando Alonso, Max Verstappen, Lewis Hamilton and others. Compete for the first place in real time, playing online 1v1, as well as participate in limited-time events to earn exclusive rewards. Compete, improve your driving skills and become the undisputed champion, taking one of the main places in the motorsport hall of fame. If you are into racing, then download Boom Karts – Multiplayer Kart Racing and Downhill Smash. 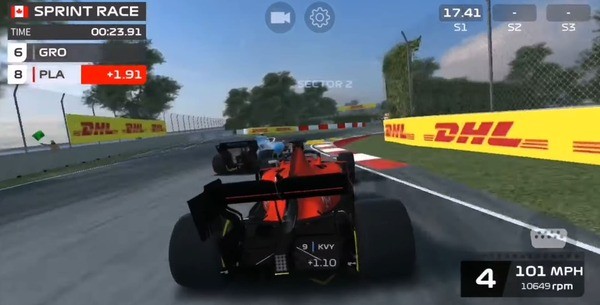 F1 Mobile Racing will make you forget about everything and plunge into the adrenaline action of all fans of realistic sports racing.

The developers of F1 Mobile Racing own all the necessary rights and licenses to use the names of real drivers and tracks in their games, which makes the game much more realistic. Yes, fans of racers will also like this, because there is nothing more pleasant than driving the car of your favorite racer, thrusting it into the nearest walls.

Thus, you can compete with the stars of auto racing, including Lewis Hamilton or Kimi Raikkonen and try your hand at the legendary tracks of the series. It is noteworthy that developers designed each of the tracks with love and care, because the developers approached the creation of this project very responsibly.

F1 Mobile Racing offers players to enjoy several types of modes at once. The developers made small assumptions for mobile version – there is also a sprint mode. Ride the track divided into three sector and become a leader according to the results of each of them. However, local leadership is conditional and serves only for information. Only the one who finishes the entire route first in any case will win the victory.

The two remaining modes are a classic race with several laps and a common start, as well as a race where the cars start already in motion. In the latter option, you have a few seconds, during which the car is automatically controlled. After that, you need to take control into your own hands.

Duel mode has become a central part of F1 Mobile Racing’s gameplay. Two players, selected at random, will be able to compete on the racetracks. At the same time, other cars controlled by artificial intelligence will go along with them. However, the overall race result is irrelevant here. It is only important to overtake the opponent, having come to the finish line before him.

Based on the results of your success in this mode, system forms a rating, which affects the determination of you in a particular league. The more often you win, the faster you climb the leagues. Along with this advancement, new blueprints, routes and parts for the car are unlocked. However, the opponents are more difficult in higher leagues. The higher, the more difficult it will be to win. 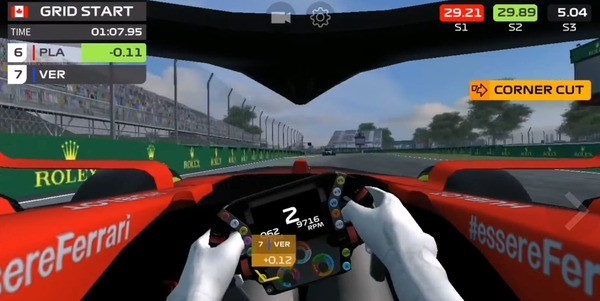 For victories in duels, F1 Mobile Racing offers blueprints for various parts. After researching them, you can install these parts on your car, thereby increasing its characteristics. Initially, research takes place instantly. However, later it can take a lot of time. Special points bought for money or earned for successful races help speed up the process.

You can also change the appearance of the car. In addition to changing the coloring of different parts, you can also change stickers – there are several zones at once. After spending enough time in this section of the game, you can get a really unique and spectacular looking car.

New part of the project has console-quality graphics on android phone and fine-tuning to squeeze everything out of it. Enjoy comfortable vehicle control, amazing visual effects and other features that put this game at the forefront of its genre.

To make it easier for you to win on the track, use F1 Mobile Racing mod for unlimited money.

Important! The mod may be unstable! If it does not work for you for some reason, then follow the updates on our website.

The gameplay has become much easier, you should not expect many hours of races using a pit stop. On the contrary, the developers decided to focus on short races in the duel format. Players participate in a 1×1 race with matched opponent basing on the rating. This allowed the formation of some social tools, such as various records and achievements. 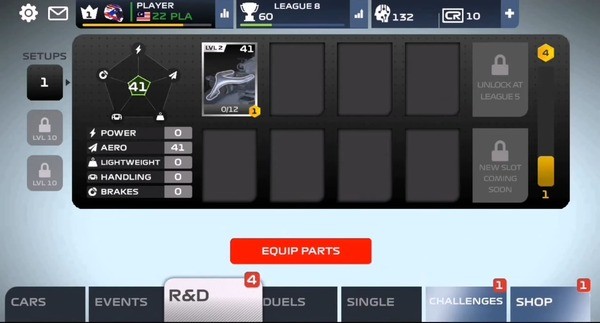 F1 Mobile Racing offers players to increase their rating with victories, but there is no need to rush into this. Despite the fact that the game is mobile, some fans were able to become masters of their craft, perfectly understanding the hidden parameters of the cars and mechanics of the game, which gives them the opportunity to hold the top line of the rating. Trying to push people like this is to collide with their skills. Therefore, beginners should not rush anywhere at the initial stage. Victories are very important, but sometimes their significance is seriously exaggerated.

You can train before the races. Feel free to choose the free ride mode. It has the ability to define the type of race, the track and the number of laps. This makes it easy to prepare for a particular race. We should say that participation in a free ride does not increase the rating.

F1 Mobile Racing is a good representative of the series. Thanks to this game, fans were able to play even on weak mobile devices, while having good graphics and good, dynamic gameplay.