Fake Island: Demolish! is a fascinating and addictive game project in which you can give free rein to fantasy and complete freedom of hands. Visit different locations, where you will see all sorts of objects in front of you. Destroy each of them. Use dynamite for destruction. Place it at different points of the house and blow it up. You should properly distribute your attacks, because your resources are limited. Start with the Eiffel Tower and end with the Statue of Liberty. It is time to start changing the rules in your favor, whatever they may be. If you are interested in simulators, then also download Idle Pet Shelter and Office Fever.

Fake Island: Demolish! has over one million downloads, nearly 8000 ratings and an average score of 4. 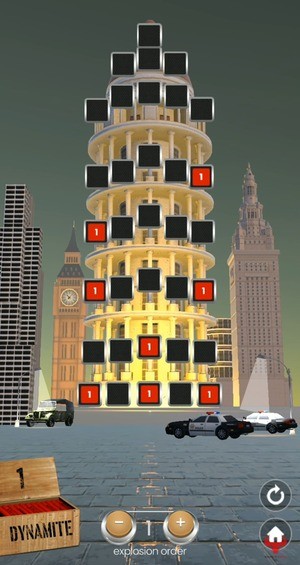 Start directing dynamite activities and see what buildings are around your location. Keep in mind that each building has its own margin of safety, and for its destruction, the user will be able to receive not only finances, but also a number of nice details and modifiers to overcome difficult situations and certain missions.

Take aim, check the distance and plant the dynamite. Look at the destruction that your actions have caused and adjust the type of explosion. All in all, Fake Island: Demolish! has no practical meaning, except for one thing – give the player maximum pleasure and relax him.

Go on a journey around the world, explore the sights of all countries and guess the name of the places where you are. The game has a huge number of levels that become more difficult as you progress. You will be able to see the Leaning Tower of Pisa, London’s Big Ben, the Statue of Liberty in the USA and much more.

At the same time, you can not only look at these architectural monuments, but also destroy them. Arrange dynamite and destroy sights, enjoying their epic destruction. Fortunately, this is just a game, and the architecture will not suffer in real life. However, you have a unique chance to do it in the virtual world.

No restrictions on destruction!

Sometimes you really want to grab a heavier sledgehammer and destroy something. However, various factors stop: there are no suitable things and there is no desire to clean up the garbage afterwards. There are no restrictions in Fake Island: Demolish! On the contrary, the more buildings the user destroys, the more points he will be able to accumulate. At hand will be a catapult and a limited number of shells. 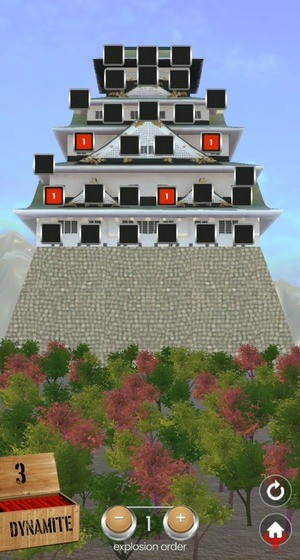 It is important to use them wisely so that the building was destroyed at the end of the level. Rumble, pieces of flying building materials, powerful blows and realistic physics will not leave anyone indifferent. Enjoy simple controls. There are no bloodthirsty zombies or intricate puzzles. Only a variety of buildings that you need to destroy. Sloppy, clumsy or physically strong gamers will definitely fit.

The game has beautiful three-dimensional graphics, as well as realistic sound. The game shows the user how to destroy various buildings and do it as effectively and efficiently as possible.

We bring to your attention Fake Island: Demolish! mod, which allows you to make free purchases for real money. You will need an activated Internet and authorization in Google services.

Fake Island: Demolish! is a cool casual game, made in three-dimensional isometric and offering Android users to engage in the destruction of various objects using powerful dynamites. In addition to the arcade main component, the project features a considerable share of role-playing and strategic component. Receive finance for well-aimed hits and destruction, improve your weapons, open new tests, levels and nice bonuses. There are several modes, all kinds of rewards for champions, cool achievements, as well as several levels of difficulty. 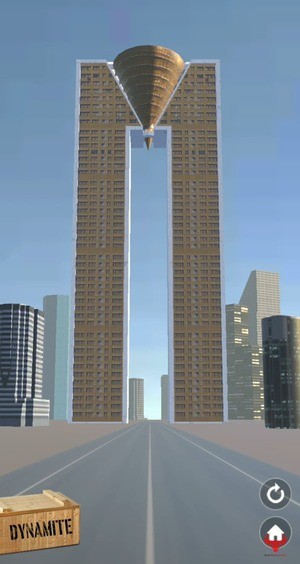 The difficulty of levels increases gradually. The first ones are as simple as possible. This makes it possible to understand the nuances of control. Further, the tasks become more difficult. The game itself is not technically demanding and well optimized. Run without problems even on weak devices. Realistic physics gives credibility to what is happening. An unforgettable sight: huge skyscrapers collapse under the powerful blows of the catapult. It is only important to keep track of the amount of dynamite so that it was enough to destroy the building.

Fake Island: Demolish! is a very simple game that fulfills its main purpose – it relaxes and entertains. It is unlikely that this project will captivate you for a long time. However, it is able to offer the player some interesting solutions.