Final Destiny – Beyond the End of the World is a pixel-themed action game. You need to fight hordes of monsters as you help two girls survive in a dangerous and adventurous world. Develop your heroine, raise her level, constantly becoming stronger and threatening more and more monsters. Unlock new skills to fight more effectively, protecting the innocent baby that accompanies you on your adventures. Get powerful equipment and become a real death machine and bringing death to any enemy on the battlefield. For fans of action games, we also recommend BombSquad and Respawnables.

Final Destiny has over a million download on various platforms, and many of users have left extremely positive reviews about the game.

Final Destiny implements the combat system that has already become classic for pixel action games. At the same time, developers made only small changes to it, making the combat component of the game unforgettable and interesting. It is very important to be able to dodge attacks in time by using the movement buttons in different ways. For example, double-clicking the movement arrows helps to move faster. You can kill enemies by simply holding the attack button, or by using various combos. Thanks to them, you can more effectively fight hordes of monsters. If enemies hit and beat you, then there is a chance to drop the child who is behind you. Then your heroine stops fighting and run to pick up the little girl in danger. 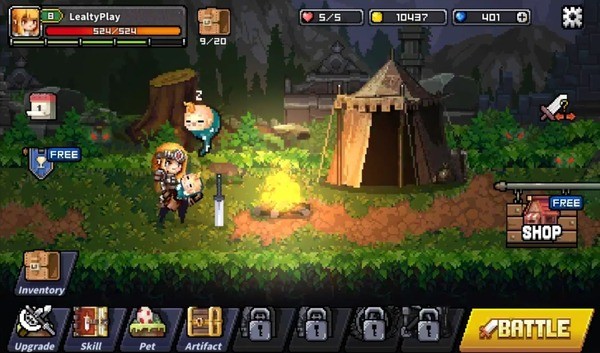 Most of the game levels in Final Destiny are short-lived and have obvious direct progression. However, the game itself is more open about the concept of an accessible world. On the main map, you usually have several different options for choosing the next mission to complete. Some of them also focus on advancing combat and mowing down a huge horde of enemies thanks to powerful arsenal and skills, protecting the baby on your back. Others include requirements for a smarter approach to travel. You have to dodge traps, projectiles and arrows flying at you, as well as solving many different interesting puzzles.

In addition to completing missions and solving various puzzles, you have to think about such a problem as the combat effectiveness of your character. The developers have provided you with the opportunity to improve the heroine in a variety of ways. With obvious increase in level and becoming stronger through the characteristics, you also need to learn various skills that can help you in combat. Therefore, you can use them to deal with enemies more effectively. In addition, a large number of equipment is available to you in Final Destiny. Find it on the battlefields or create and improve by yourself. You can sharpen any equipment by extracting resources and stones in the mine. 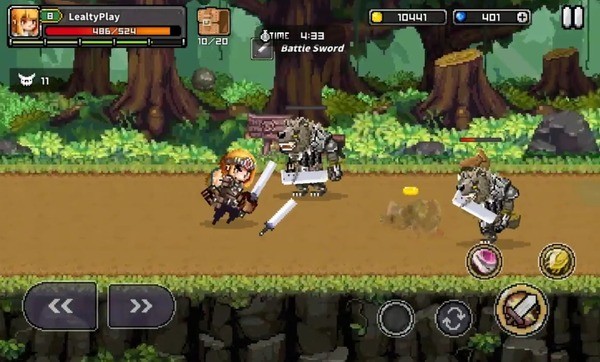 The visuals in Final Destiny are nicely pixelated. The developers made good job, creating and drawing enemies, heroine appearance, different equipment, as well as detailed locations. The animations are just as well done and don’t cause any visual problems. The musical accompaniment concisely helps you immerse yourself in the atmosphere without drawing attention to yourself. In addition, game sounds only well accentuate the action performed by the player or other characters.

The economic component in Final Destiny – Beyond the End of the World also plays an important role. In order to buy, create and improve new equipment, as well as open new game elements, you need money. At the same time, money earning takes large amount of your time and becomes a real problem for you. We can help you with this problem by providing the opportunity to download unlimited money mod for Final Destiny.

Our team has tested the game on its operability. Just go through training to activate mod for unlimited money and diamonds. Now, you can receive unlimited resources to your balance. The antivirus scan results show that mod doesn’t contain any viruses or malware in it. In order to start using unlimited money option you need to download and install the game according to the instructions below. 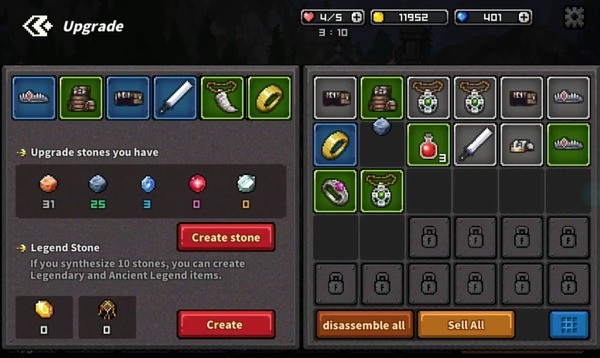 Final Destiny is a classic action RPG. Game perfectly complements the familiar gameplay and differentiate it from many similar games with addition of some interesting mechanics.

Final Destiny – Beyond the End of the World is a great example of a retro action RPG game. However, it contains a large number of interesting new mechanics that allow you to enjoy the game and not think that you are playing another RPG clone.

How to install Final Destiny Mod?

We made everything to ease downloading process for every visitor of our website. However, if you download modded or hacked game from third party sources for a first time, the following how-to-do guide may be useful for you:

Don’t forget to delete the original version of Final Destiny – Beyond the End of the World before installing our modified version to prevent errors during installation process.