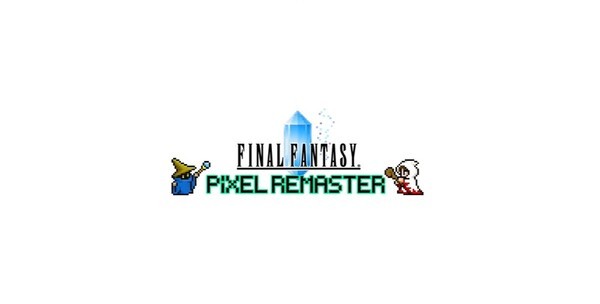 Final Fantasy V Remastered is a classic RPG that, two decades after the release of the original version of the game, found its way into an epic adventure with four characters. The game tells about the planet, which rests on four crystals that bring peace and prosperity – earth, water, fire and wind. The last of them has lost its strength and now is on the verge of destruction. Developers have slightly reworked the control mechanics and support for achievements. While developers made the remaster, the game received updated graphics and character models. In addition, download and .

Final Fantasy V is very similar to the 1990 NES Final Fantasy III. There are clear parallels in the plot and in the combat system. However, this is not a sequel, as some might think, but an absolutely original and unique game. 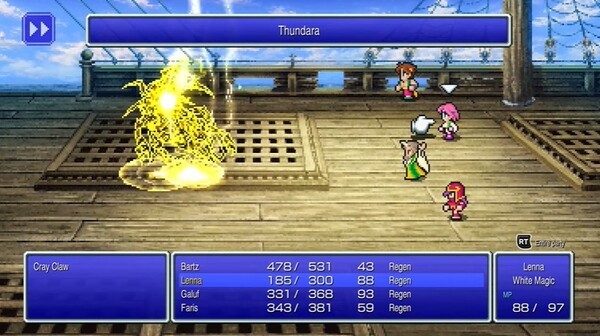 Interesting plot in the best traditions of the genre

The main character is a young man named Butz. A modest boy, who loves adventure, travels the world on his trusty Chocobo. During his wanderings, he meets old man Galuf, who has lost his wrinkles, sweet girl Lenna, as well as the brave pirate captain Faris. They all want to figure out why the wind stopped blowing, why the fire does not want to burn, why terrible monsters climb from the meteorites that have fallen to the ground. Find out that Lenna is a princess, and Faris is a woman! It would seem that Butz has nothing to be surprised at in this life. However, he learns many interesting things about his past as the game progresses.

Here we come to the main feature of Final Fantasy V – the class system (Jobs). Each cracked crystal gives us several works (there are a good two dozen of them). Everything here is familiar – from classic fighter, thief and black and white magicians to more exotic summoners, samurai and mimics.

There are professions that are expertise at all. For example, monster tamers or uncontrollable berserkers. All of these professions have their pros and cons. In addition, each profession has a number of abilities that the hero teaches, gaining ability points in battle. Each of your four heroes can take one of these professions, receiving all of its bonuses. Additionally, he can gain one ability from any other profession that he has previously used. For example, suppose you were a thief and learned the Steal ability. Then you became a white magician. Now you can use white magic, but you can also steal!

As for the actual battles in Final Fantasy V, there are a number of differences from the previous part of the series. First, the famous blue stripes have finally appeared, marking the time before the start of the turn. Now it is possible to change the combat flow system during a pause while the player is entering a command to Active (when there is no pause). The commands that you can choose now during the battle, no longer depend on the character, but on his class and learned abilities. 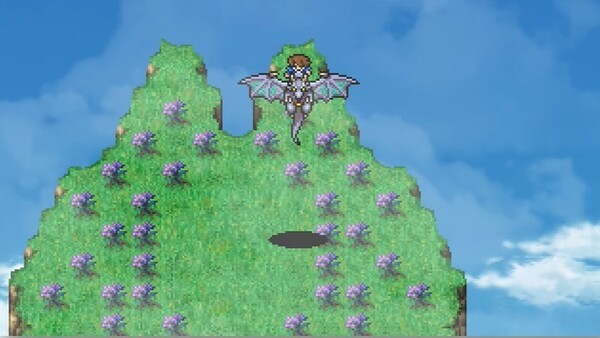 Fights, in fact, are a very exciting part of the game, because here you can check how well your team is with no mistakes. It is not recommended to make all the heroes of the same class. Even if all of them are the strongest summoners, sometimes you just cannot do without a white magician.

The graphics of the game are undoubtedly better than in Final Fantasy IV. Although this is far from the limit of possibilities. The colors have become much brighter and richer. Main gamut returned to cold and grayish in Final Fantasy VI. Heroes have become larger and more detailed. Magic is more beautiful and backgrounds are better. We see that the developers have devoted much more time to the remaster than other studios do for their projects.

The interface is almost perfect. In-game menu is much better than in the previous parts of FF. The inventory became infinite finally with Final Fantasy V. When changing a character’s class, there is no need to change his equipment manually – do it automatically. All the same, you often have to adjust your outfit. Fortunately, the choice of things in the game is very rich and far exceeds the number of items that were available in previous games in the series. 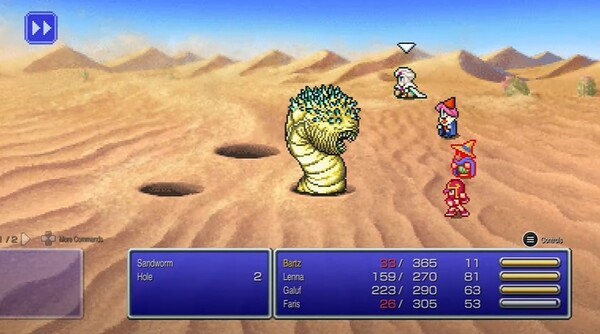 As you already understood, any improvement of the heroes, purchase of weapons or study of spells requires money. The developers did everything possible so that during the game, users could not collect the necessary amount of money for an upgrade. The emphasis was on the hardcore component, where everyone could win within capabilities. We offer you to download Final Fantasy V Mod APK. Now you will always have at hand the necessary amount of money for improvements.

Final Fantasy V Remastered is so ambiguous and difficult that developers did not release outside Japan at the time of the original release. It has undergone remastering in modern times, and now it costs nothing to purchase an improved version. Hardcore has never been a disadvantage. Before us is an excellent game, quite beautiful, moderately difficult and most importantly – interesting and addictive.