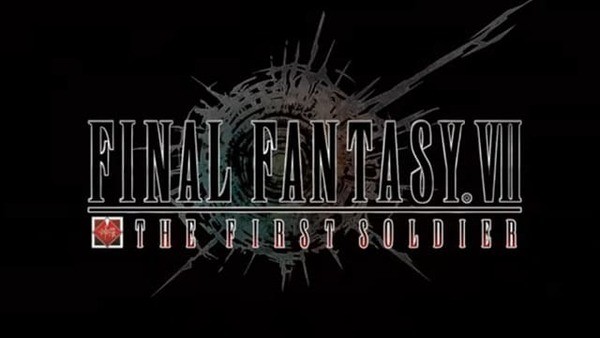 FINAL FANTASY VII THE FIRST SOLDIER is an exciting action game in battle royale genre. The game takes place in the city of Midgar, 30 years before the events of the original. Become one of the soldiers who fight with each other, using not only weapons, but also magic. Only one, the most agile and brave, can survive, so be careful. Use a large arsenal of weapons and magic, move around by transport or ride Chocobo bird. Try to run up the wall in order to climb to the roof and fire aimed fire at your enemies from there. The locations are huge, as there are mountainous terrain, thicket, valleys and much more. At the same time, developers thought out everything, including a huge selection of places where you can hide from the enemy. Opponents also hide, so you need to be very careful not to get a bullet or a magic arrow in the back. We also recommend downloading Zombie Age 3 and Bloody Bastards.

FINAL FANTASY VII THE FIRST SOLDIER is in beta testing and will release on June 7. Nevertheless, it is already possible to draw the first conclusions about this project.

Use small arms or magic

One of the main features of FINAL FANTASY VII THE FIRST SOLDIER is the fact that the players have ability to hit their enemies in various ways. If you are an adherent of classic gameplay, then pick up a machine gun and shoot your opponents. However, sometimes magic can be more useful and there is no problem with that either. Try to set your opponent on fire with a fireball or use a giant jump to reach the enemy in a second and take him by surprise. If you have little vital energy left, then you can always turn on an impenetrable shield. In addition, the main character also has a sword, which is very effective in close combat, but useless the rest of the time.

There are currently three fighter classes available in FINAL FANTASY VII THE FIRST SOLDIER: Warrior, Monk, and Sorcerer. Each of them has own abilities and skills. It is not hard to guess that a classic automatic weapon is better suited for a warrior, while a sorcerer is much more effective in striking enemies with magic. A monk, on the other hand, is something in between. He is equally good at all types of weapons. Develop your battle strategy and customize your fighter based on the required parameters. Upgrade the skills they need and win.

FINAL FANTASY VII THE FIRST SOLDIER presents another danger presented in form of special infected zones. So that players do not sit around the edges of location and move closer and closer to each other for active battles, the developers have invented special zones that remove part of the map and move you closer to the center. You absolutely cannot find yourself in such zones, since they consume the fighter’s health points. If you find yourself in infected place, then it will be possible to restore it by finding a first-aid kit. Zones appear randomly, and no one knows in advance in which part of the map a new dangerous area will appear.

Use fantastic animals as transport

Since there are quite large locations in the application, the developers have introduced many types of transport. Moreover, these are not only familiar cars, but also amazing animals – Chocobos, familiar to all fans of the series. They resemble a mixture of chicken and ostrich. Climbing on them, you can travel around the location very quickly. However, it is worth considering that enemies can destroy cars and kill mounts, so try to move more carefully so that the enemy does not notice you.

FINAL FANTASY VII THE FIRST SOLDIER boasts of Unreal Engine 4, due to which it has good graphics. However, the optimization in the project still under maintenance, since the application can run slowly at maximum settings. The sound in the game is very important, because you need to listen to what is happening around constantly. This way you can find your enemies and kill them. At the same time, it is important not to make unnecessary sounds, as this can give away your location.

FINAL FANTASY VII THE FIRST SOLDIER takes up over one gigabyte on any android device. Therefore, developers usually release installation file along with cache file that accompanies APK file. However, such installation method may be inconvenient for players, since it requires unnecessary actions. That is why we offer you to download the game with an already built-in cache. You can complete installation process with one click of a button. You just need to open our mod and press Install button.

Among the important features of the project, we want to note that players will not only fight with each other in game locations. There are also monsters here, by killing whom you can upgrade, as well as knock out additional weapons, cartridges and other ammunition. In addition, the developers have introduced the possibility of parkour. Any player can climb the vertical wall to the roof, which only adds surprise effect during combat.

FINAL FANTASY VII THE FIRST SOLDIER has one goal – become the only survivor. If there are many competitors with the same purpose who have landed at the same time as you, it is not so easy to achieve. Therefore, it is traditional for shooters of this type. There is always real chaos for this, especially on the map,. Survival becomes a truly non-trivial task in such conditions requiring not only reaction, but also ingenuity from the player.

In many ways, your survival depends on what you manage to find before the clash. In part, you can influence this, since you can choose time for disembarking from the plane independently. Settlements are usually the hottest spots on the map, since it is the easiest way to find weapons there. Therefore, many players quickly gather in them. Weapons are less common in other locations, so the situation is less tense, but you should not relax for a second there either.

FINAL FANTASY VII THE FIRST SOLDIER is another battle royale game. If you are a fan of the cult series universe, then you may well familiarize yourself with the project. After all, there is a familiar setting and characters here.