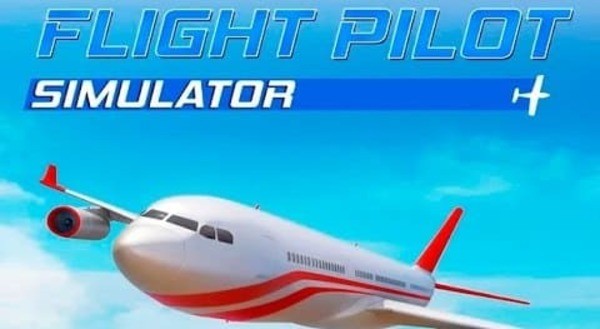 Flight Pilot Simulator 3D is an Android game in which you can try yourself as a pilot of various planes flying over the oceans. Project features various tasks to your attention. The missions are extremely simple – cross all the checkpoints available on the level. Control points include rays, circles and rectangular icons. Control aircraft using an accelerometer. You are going to control single-engine planes, fighters, airliners and other aircrafts. Each aircraft has its own special missions. Deliver various cargoes, rescue people, extinguish fires, participate in races and win. If you are interested in simulators, then download also Airline Commander and Wood Shop.

Flight Pilot Simulator 3D was released several years ago. During this time, more than 100 million people downloaded the game, while the project has a high rating of 4.2 points. Why the app has gained such a success? Let’s figure it out together.

As you progress through Flight Pilot Simulator 3D, you gain access to more and more new models. There is a great choice of them. Starting from an old single-engine one, ending with a fighter jet or a large passenger airliner. Game planes here correspond to their real prototypes. There are military, racing and passenger ones. Choose the most suitable for different missions. For example, it would be wise to choose a light sports plane in missions where you need to bypass another pilot. Large and powerful vessel will be required in rescue operations. In total, you can try more than twenty planes in the application. Unlock them all, because each of the planes has its own different characteristics. 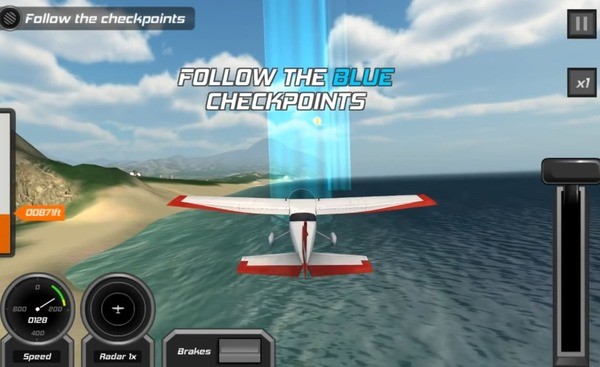 As for the plot of Flight Pilot Simulator 3D, everything is thought out and there are many variations. For example, racing against the clock, rescue missions, fires in which you need to control fire, explosions of other planes, boarding ships and rough landings for short stretch of the runway, flying with passengers on limited fuel and much more. Each type of mission requires a special approach. Therefore, you need completely different skills in racing against the clock and fighting fires. In general, the gameplay boils down to ensuring that your ship passes through certain control points. By the way, there is also a free mode in the application. You can collect balloons in it. They are a bonus.

Many users are accustomed to the fact that flight simulators often have very complex controls and it is almost impossible to play them without a special gamepad. However, the controls in Flight Pilot Simulator 3D are very simple. Perform controls by turning your gadget in one direction or another. Speed-up lever on the right and dashboard on the left, which houses the speedometer and radar. The brake icon is in the middle of the screen. Feel like a pilot of a powerful combat vehicle is now easy! Take the plane to the sky and complete all missions. Even a small child can handle with controls. It has never been so easy. 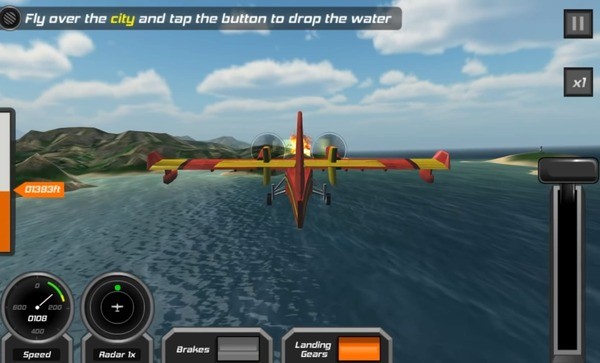 Flight Pilot Simulator 3D will not be able to compete in quality of graphics with computer counterparts, but overall picture turned out to be very good. It is important that each plane model have many unique features, including visual ones. The map in the application is simply amazing with the level of elaboration: mountains, forests and plains, rivers and lakes, endless small villages. In addition, each aircraft has its own, clearly distinguishable engine sound that you will not confuse with anything else. The project in question is one of the best flight simulators for android in terms of sound and graphics.

We suggest you download unlocked mod, where all paid planes are immediately open. It allows you to try out any aircraft from the very first minutes of gameplay without additional efforts.

Our team tested Flight Pilot Simulator 3D mod on several devices in order to make the most accurate conclusion on this application. We confirm that the mod works great without any problems. You only need to download and install the presented version of the game to activate it. Then you will be able to use all paid planes in the application. Just go to a special section and choose any aircraft. 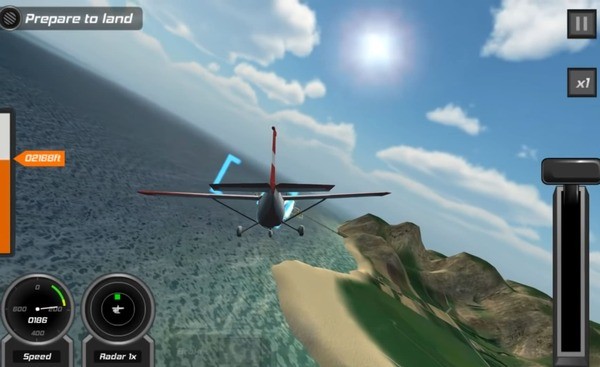 Gamers are facing a serious project that is worth the investment of time and effort. In fact, it is a solo flight simulator. The confrontation with oneself plays the most significant role here. Players need to complete many missions that are unlike each other or just enjoy the flight and beautiful views.

Flight Pilot Simulator 3D has localization into several languages, which also ensures popularity among users. There is also the necessary dynamics, high-quality graphic component and even the potential for customizing your aircraft, highly appreciated by the audience. Good to know! A beginner player has to play a couple of training missions immediately after installing a new game. This is the best way to train your flying skills, get a feel for the controls and learn a few aerial aerobatics. Only a trained player will be able to become a real king of the air.

Flight Pilot Simulator 3D ranks among the best aviation simulators. Gamers from all over the world can fly on authentic planes and accept the challenge from the developers. We recommend this project to everyone who loves the sky and has always dreamed of becoming a pilot.