Fly Corp: Airline Manager is an exciting strategy game from the famous CASUAL AZUR GAMES development studio. This time, players have to develop his own air transportation network, connecting it to countries around the world. Start in Germany and spread your services around the globe. You will be able to explore almost two hundred countries of the world on five continents and tens of thousands of cities. Unblock the airport in each of them and start transporting passengers. Upgrade airports, buy new planes and increase passenger traffic. Become a real monopolist in the air transportation market, crushing all competitors. The game will pose many challenges to the user, because you need to act quickly. It takes only a few minutes to open the way to a new country! If you are a fan of strategies, then we also suggest downloading Dawn of Titans and Rome Empire War.

Fly Corp: Airline Manager received great rating from users from all over the world. The game’s geography covers almost all countries. Join you too. 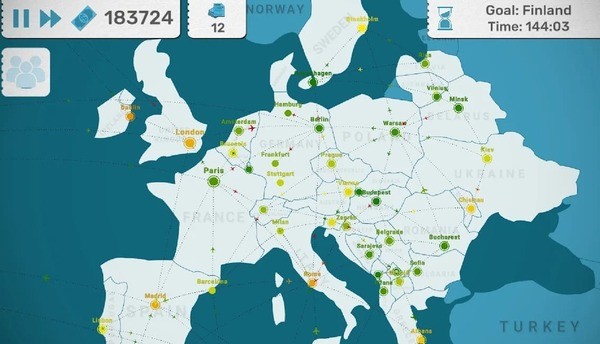 The player’s goal in the project under consideration is to unblock airports in neighboring countries, lay \ own routes and increase passenger traffic. As you play, you can buy and sell planes, upgrade airport levels, and earn money. To be eligible to work in the next country, you need to earn a certain amount of money. In the game, a lot depends on the correct sequence of actions and successful logistics. Start your way from the center of Europe and spread your possessions practically all over the world. Don’t forget that every business has its own challenges. For example, flights in Europe are rather short, so they take little time and consume little fuel. Transatlantic routes are quite another matter, which requires much more time and waste. However, tickets for such planes are more expensive. Therefore, if you organize everything correctly, you will get a lot of profit.

Globally, there are three main modes in Fly Corp: Airline Manager. Let’s take a closer look at them:

Which of the modes to choose is up to the user only. One thing is for sure – Fly Corp: Airline Manager will be able to lure most of those who launched this game.

Take on the challenge and be the winner

If you dwell on the test mode in more detail, then the application here repeatedly puts you in a difficult situation, from which it is not so easy to get out. The tests are normal, fast and extreme. Under normal circumstances, you have to work in the most difficult conditions of the coronavirus pandemic. Develop your business in the territory of the former USSR. For example, work during a powerful hurricane in the United States, because of which some flights were canceled. In fast trials, take care to avoid congestion at airports. At the same time, a new city opens every 10 seconds. Another example is to open ten countries in ten minutes. Here it is important to think about which countries to open in the first place and how best to make money. As for the extreme tests, they require the player to be very smart and quick to react. That is just the task of establishing passenger traffic between Europe and China. The distance is long, you need many planes and the time is limited! 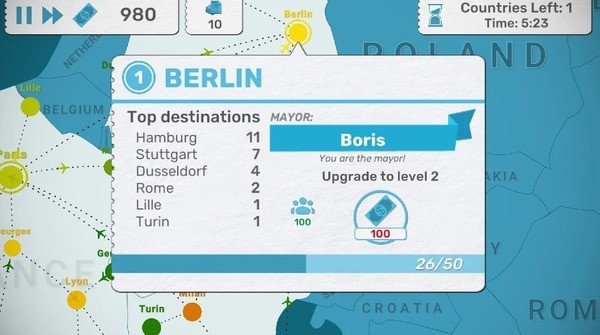 Fly Corp: Airline Manager does not have outstanding graphical properties. Most of the content is rather schematic, but the graphics are not the main thing in this kind of games. There is also practically no sound in the project. However, you can find the entire map, as well as the largest cities with airports of the world in the application. This will allow the player to learn well the map of the world, as well as learn about distant places.

When you start the game, you have to complete authorization, but you can skip it and play offline. In this case, you will not have access to quick and extreme tests. However, it is enough to download the Fly Corp: Airline Manager Mod APK to get access to all modes, even when you are playing as a guest. It also allows you to activate the increase in money when spending. To activate this function, click on the round button in the left corner of the screen and move the slider to the position you want.

Fly Corp: Airline Manager also attracts with multiple random events on the map, which will not let any player relax and get bored. News can be good or bad. To begin with, you can suddenly get an investment in your company or authorities of any country can renovate the airport on their own initiative, increasing its capacity. However, there are also negative aspects. For example, disasters blocking flights to any country. In any case, events will require you to make decisions at lightning speed and react quickly. 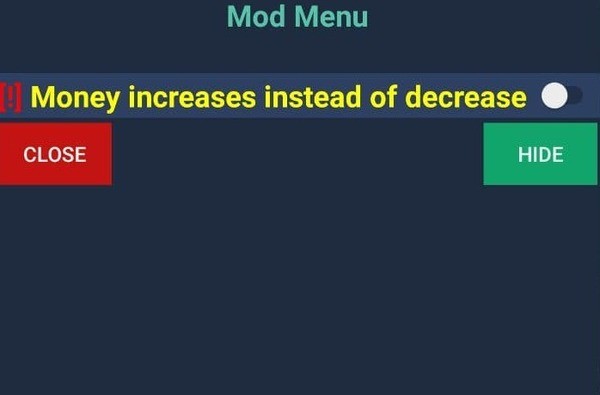 Unblock new air roads, earn money by transporting passengers and open up new routes. Connect cities from different countries and create connecting flights and direct charters. Build your network from the most developed countries to developing countries. You will be able to cooperate with the governments of almost two hundred states. The game can lure you for long hours, and a huge variety of tests only complements the content.

If you like economic games or are fascinated by the sky, then Fly Corp: Airline Manager is definitely your option. Are you ready to become a real aviation tycoon? Then go ahead to download.