Football League 2023 is a football simulator from the MOBILE SOCCER studio. You are waiting for dynamic games, large-scale tournaments, where you can play for popular world teams, or create your own. Before starting the game, you can choose a mode where you can go through a quick game to practice and hone your tactics, or go straight to the world cup tournament. There you need to make your way to the top lines of the leaders. Try to defeat all your rivals in order to score the most points. It will take a little time to get used to the controls, you will also need to learn how to perform various tricks, and manage the athletes well! If you like games about sports, then also download Football Manager 2023 Mobile and Matchday Football Manager 2023.

Football simulators have always been in demand in the mobile app market. If you are a football fan, then be sure to download Football League 2023. The games are as close as possible to a real match, where the football field is the same size, and the rules are practically unchanged.

Work your way from the bottom to the championship

Football League 2023 involves the passage of a difficult, but incredibly exciting path associated with a sports career, allows you to implement any strategy, achieve fame and recognition. Start from the bottom – the sixth division, and then reach the top, participating in six leagues, forming a strong team. The app has convenient settings so that the process of honing professional skills is as easy and productive as possible.

Depending on tactics, command staff, experience and dedication, the process of struggle will be intense and sharp or predictable and triumphant. Everything is decided by the skills, talents, abilities of each gamer, which means that victory will be the most convincing proof of leadership qualities.

Create your own football club in a unique simulator that will allow you to recruit real players who are legendary and considered rightfully the best in the history of football. Hire new players, create all the conditions for them to train, manage and monitor the game process, teach them to play better than everyone else, get used to the controls and start playing against real players.

Choose the roles of attacker, defender and more to lead your team to victory, win many cups and glorify your club so that it stands out from the rest. Train with the best teams, learn their strategies and best practices, while coming up with your own plan to implement victory on the playing field. 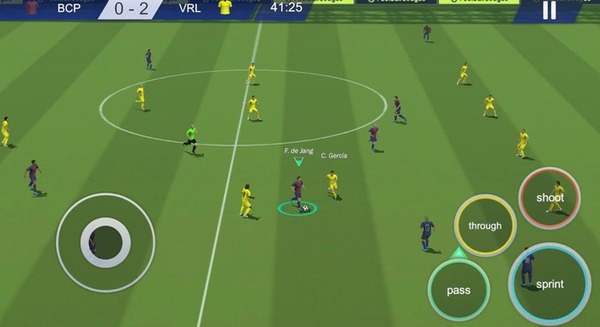 Another advantage of Football League 2023 is the fact that the game has all the necessary licenses that allow you to control real-life football players. Now all the stars of world football will be in your smartphone. Take control of both the club and the national team.

In total, the application features more than a hundred national teams and more than three hundred football clubs from around the world. Have you ever wanted to have Messi or Ronaldo on your team? Now you have such an opportunity. All you have to do is download the application in question.

We recommend downloading Football League 2023 mod APK for unlimited money, which will allow you to acquire the best football players and upgrade the infrastructure of your club. 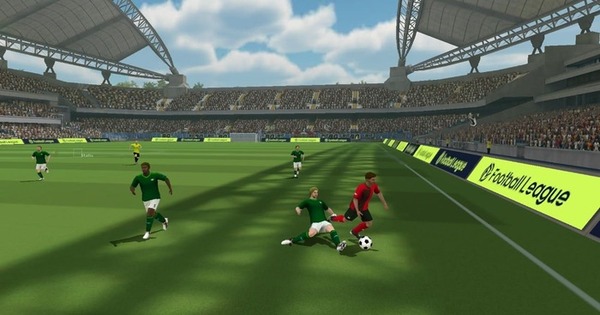 Football League 2023 is an interesting game that all fans of sports simulators will definitely enjoy. You have to take on the role of the manager of a football team, which in the shortest possible time needs to declare itself to the entire globe and gain the title of champions. Collect the coolest football players under your banner and do everything possible to win as many victories as possible.

Upgrade the abilities of your athletes, share your thoughts in the general chat and get useful tips that will surely allow you to achieve all your goals. Win as many trophies as possible and reach your goal – to become a champion.

Football League 2023 – manage a football club as both a player and a coach. Score goals, play combinations, train and go to the top.