Football Manager 2022 Mobile is a game in which you need to manage a football team, buy and sell players, conduct training sessions, build a club base and infrastructure. You are the trainer, the manager, and the scout here. The main developers of the game, along with programmers and game designers, are researchers. Their task is to study a football player, team or championship as objectively and in detail as possible and transfer the necessary data into the game. That is why this project is distinguished by deep elaboration and realism. All teams and players here roughly correspond to their real level, so it will be even more difficult for the user to achieve success with a weak club. However, the more interesting it is to play. We also advise you to pay attention to the Golf Clash and Fishing Hook.

Football Manager 2022 Mobile is the next installment in a very popular series. Find out all about her from our review.

As you know, the Football Manager series has a huge library of leagues. It is easy to find what you want – use the search by entering a name, or navigating to the category by continent. After downloading the project, the gamer will be amazed at the variety of clubs – even little known ones are present. If you think that even such people have a chance of success, then choose one of them and advance to the heights of world sports. More specifically, the developers have implemented more than 60 leagues from the 25 leading countries of world football. New projects include African leagues and continental competitions. This opportunity allows scouts to better monitor promising players from these regions, and users will be able to appreciate the local players at their true worth.

Football Manager 2022 Mobile offer you \ the opportunity to request an analytical report on any of the players and see the effectiveness of your tactics against other tactics and formations. However, what we liked the most was all kinds of reviews and reports on the next opponent. General overview, performance graph, scout report and analytics, statistics compared to your team and past performance not only between clubs, but also between managers throughout their careers. Real football clubs use similar statistics when analyzing the game. The football manager simulator is getting closer to reality

The champion team should consist of the best players, and getting them is not easy, especially if you decide to take control of a non-top club. However, the key to the success of each club is a high-quality selection of players and scouting. In the new version of the game, there are expanded opportunities for finding football players. In addition, you can create individual tasks for your wards. For example, you need an attacker with a certain speed or a defender with a quality first touch. Customize all this and them your scout will prepare for you a list of players who fit exactly these criteria.

Definitely a high-quality revision – the transfer market. Previously, you could take a player as a free agent and sell it right there. Alternatively, you can buy a player put up for transfer at a low price – and immediately sell it for more. Football Manager 2022 Mobile allows you to sell the same player in the same transfer window, but it is much more difficult to do it. The sales themselves have become more difficult. Computer managers began to pay attention not only to the player’s auto value, but also to his salary. Therefore, it will be more difficult to sell footballers with huge contracts than a rising star.

In terms of the graphics, Football Manager 2022 Mobile practically does not differ from its predecessors. If we talk about the interface, then it has not changed, and the demonstration of matches remained at approximately the same level. It is still a long way from computer prototypes, but still pretty good.

Football Manager 2022 Mobile is a paid game and is available for download for $10. If you don’t want to pay, you can download the already jailbroken version of the game for free. Important! All players will have random names and surnames in the presented version!

Football Manager 2022 Mobile focuses on soccer fans. Everyone knows firsthand how the football world works. Building a strong team requires a certain strategy. It takes a cool mind and the ability to think ahead. In a professional club, there must be players who can really strengthen the team. Your task is to recruit professional footballers who will be able to cope with the task.

The application contains over a thousand commands. After choosing his team, you get the opportunity to sell or buy players. Everything is like in professional football. Strong players will be required to strengthen. Now there is an opportunity to show your coaching skills. After each match, detailed statistics about the work done appear. If the tactics did not work, then it is better to reconsider the course of the game or buy new players.

This application allows you to develop management skills. With its help, you can try yourself in the role of a trainer, organizer. It is not as easy to create a football club, as it seems. Team building is half the battle. It is necessary to improve the infrastructure of the club and choose the right tactics.

Change composition of the team for each subsequent match. The tactical placement of players allows you to decide on a winning strategy. Interface system is designed in such a way that the user can achieve certain success by moving up the career ladder. The game has a board of directors that closely monitors what is happening. If you are lucky, you can get a raise and a raise in wages.

Football Manager 2022 Mobile is a fun game that brings the skills of an organizer and coach into one person. Using the simulator, you can create and prepare a team that will take leadership positions. 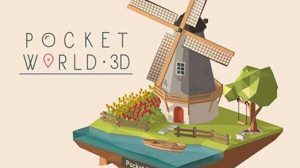 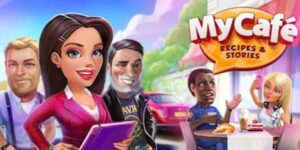